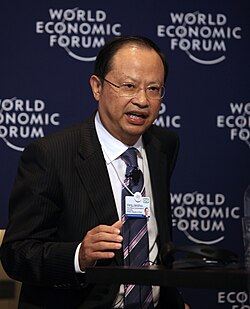 The 2021 Sohu Technology 5G&AI Summit was held in Beijing on May 17. Wang Jianzhou, former chairman of China Mobile and senior consultant at GSMA shared his views on 5G in his speech.

Wang Jianzhou believes that the current 5G industry applications have achieved many results, such as smart control, smart logistics, smart security, telemedicine, etc., but the perception of the consumer market is not strong.

“There is no ready-made experience for 5G consumer-level applications to learn from. Every year at the Barcelona Communications Exhibition, I am most concerned about what applications are there, but they are all industrial applications.” Wang Jianzhou said.

In addition to chips and antenna modules, 5G mobile phones don’t really have any new features.  Indeed, compared with the overwhelming hype, the perception of 5G on the consumer side is not strong. Major mobile phone manufacturers are looking forward to using 5G to boost mobile phone sales, but with the limited application of 5G consumption scenarios and expensive packages, it is unknown whether 5G can stimulate  significant smartphone upgrades.

Despite the huge scale of China’s 5G efforts, with 819,000 base stations deployed and 285 million package subscribers signed up, industry leaders are worried about the lack of innovative services and rising energy costs.  Wang said only “massive consumer-level applications” could take full advantage of the coverage and huge capacity of 5G networks.  He said that while many industrial use cases had already become a reality, new consumer 5G applications were rare.

“I think the tipping point of 5G consumer-level applications is likely to be the device,” he said.

“They are not yet ideal 5G mobile phones. Consumers need 5G mobile devices with new functions,” he said, citing the impact of browser-enabled phones, led by the iPhone, that drove the explosion of 3.5G and 4G mobile Internet.

“Except for a faster video download speed, I didn’t find any other use for 5G.  The 5G package is so expensive, and the first thing a 5G phone is to turn off 5G. So what’s the use of 5G? But it only increases power consumption.”

A repeat complaint of China’s “5G package” customers is:  “I got a 5G package upgrade, I have a 4G mobile phone, and I don’t have a 5G network, so I got lonely.” That’s according to China’s Weibo microblogging website.

“I think the functions of 5G mobile phones should extend from communication, social networking, browsing, shopping, payment, navigation, verification, entertainment to the Internet of Things and artificial intelligence, and make mobile phones a controller that connects everything. This extension is actually becoming a reality. Nowadays, some mobile phones have been equipped with laser rangefinders, so that the mobile phones have the function of measuring distance, which can produce some new applications.”

Third, focus on wearable devices. “5G’s application flashpoint is also likely to be wearable devices. The combination with 5G smartphones will produce many new functions. For example, camera and laser systems are installed in glasses and helmets and connected to 5G mobile phones for processing.” Wang Jianzhou said.

5G’s outlook was clouded by “a serious shortage” of both low-end and middle-range spectrum, Wang said.  “It is essential to establish multi-band coordinated 5G networks as soon as possible.”

He also said operators should be further encouraged to expand network co-construction and sharing.

Network sharing and rollout had already become a trend, he noted, with China Unicom and China Telecom saving billions of dollars from their shared 5G project.

Jianzhou also called on the industry to drive down energy consumption by adding network intelligence. The huge power consumption and high operating costs of 5G networks meant it was necessary to further improve 5G network efficiency and to implement intelligent networks.