Since Coinbase announced its listing, its valuation has gone from $70 billion to its current value of $91.5 billion.

The direct listing of the exchange makes investors re-examine the potential of virtual currency exchanges and platform currencies. In the past few weeks, three major crypto platforms Binance, Huobi, and FTX have seen their native tokens BNB, HT, and FTT increase.

The following are the recent gains of the three cryptocurrencies:

Coinbase will be listed directly on the Nasdaq on April 14 under the trading code COIN. What impact will the upcoming listing have on these platform coins?

A reasonable valuation is always conducted based on the financial statements provided by the cryptocurrency exchanges. However, the four major exchanges currently do not provide publicly available financial data, so there are certain difficulties in valuation.

Therefore, we choose the burned token amount for every platform as a criterion for valuation. From the perspective of supply and demand, burning a token leads to deflation, which also reflects the profitability of the platform, and often has a certain effect on the digital asset’s price.

According to information submitted by Coinbase to the U.S. Securities and Exchange Commission (SEC), Coinbase’s annual revenue in 2020 exceeded $1.2 billion. 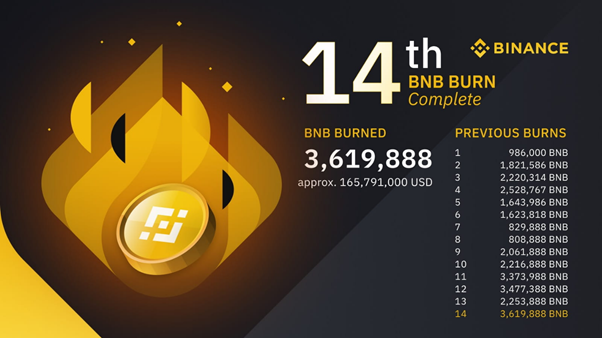 According to Binance CEO Changpeng Zhao, Binance’s net profit is expected to reach $800 million to $1 billion in 2020.

Since Binance’s current trading volume ranks first among all exchanges, if Coinbase’s 1.2 billion net profit makes it a valuation of $100 billion, then Binance’s valuation should even exceed $100 billion(assuming $100 billion).

If the same standard is applied to other exchanges, then the net profit of the three major exchanges in 2020 should be：

BSCPAD Launches, Revolutionizing the IDO Model With Over $300 Million Trading...