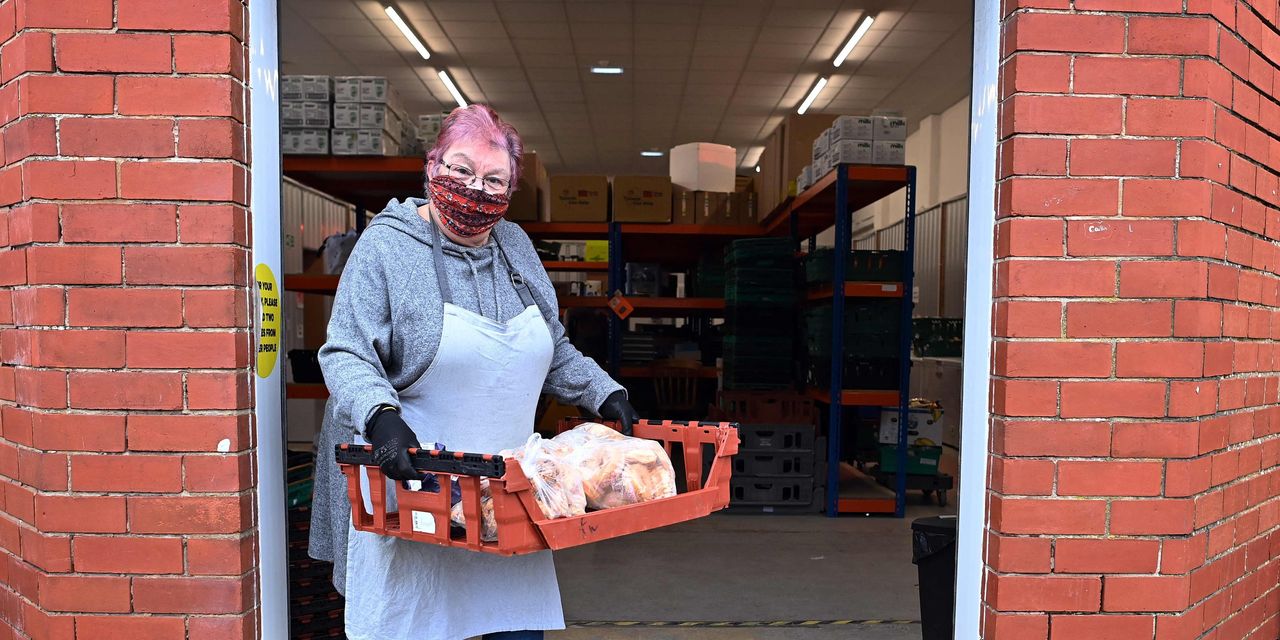 The worry about hunger and homelessness across the country has become very real for the first time, according to a new poll underscoring how deeply one year of the pandemic has shaken Americans’ economic security.

Some 55% of people told Gallup pollsters said they worried “a great deal” about hunger and homelessness in the nation, according to an annual poll released Friday gauging Americans’ concerns for the country.

The more than 1,000 participants aren’t necessarily saying they are worried about their own housing and food supply, but they’re worried what they see around them.

“
Nearly 11% of people in a Census Bureau survey said as of mid-March they sometimes didn’t have enough food in the previous week.
”

That’s an eight-point increase year-over-year, and the first time in 20 years of poll measurement that a majority of survey participants said they worried greatly about the people having access to the twin necessities of food and shelter.

Many food pantries and soup kitchens strained from demand last year, and food insecurity continues. Some 10.7% of people in an ongoing Census Bureau survey said as of mid-March they sometimes didn’t have enough food in the previous week. That number edged down from 11.3% at the start of 2021.

After a turbulent year, the new Gallup poll showed that many money-related worries have spiked. Several food pantries and community organizations in cities across the U.S. have reported astronomical increases in the amount of groceries or meals they served before the pandemic hit.

Fears about unemployment jumped to 38% from 23% in 2019. The question was not asked last year. The jobless rate dropped to 6.2%, according to the February jobs report.

“
After a turbulent year, the new Gallup poll showed that many money-related worries have spiked.
”

Worries about the economy surged 16 points to 49%. Apart from hunger and homelessness, health-care availability and affordability was the only issue where a majority of Americans (52%) said they worried a great deal.

Concerns are not limited to the economy and finances, the Gallup survey showed. Some 48% of Americans said they were worried about race relations. That is up from 31% one year earlier.

The wave of worry follows George Floyd’s death during a May 25, 2020 arrest and the worldwide demonstrations that followed as bystander video of the arrest surfaced.

Former Minneapolis police officer Derek Chauvin is facing murder and manslaughter charges for allegedly pressing his knee against Floyd’s neck for around nine minutes. Opening arguments in his trial are scheduled for Monday.

Gallup pollsters conducted the survey in the first two weeks of March.

During that time, Congress passed the $1.9 trillion American Rescue Plan and President Joe Biden signed it into law. The plan, among other things, increased food-stamp benefits and pours more money into emergency rental assistance.

The federal eviction moratorium from the Centers for Disease Control and Prevention currently runs through at least March 31.

The American Rescue Plan also authorized a third round of stimulus checks, this time for $1,400 per person. That’s badly needed money for many people. Another recent survey projected that around half (49%) of Americans have not saved more than $500 in the past three months.

Related: Food or medication? The dangerous choice many seniors have to make

7 things you really shouldn’t be buying with that $1,400 stimulus check