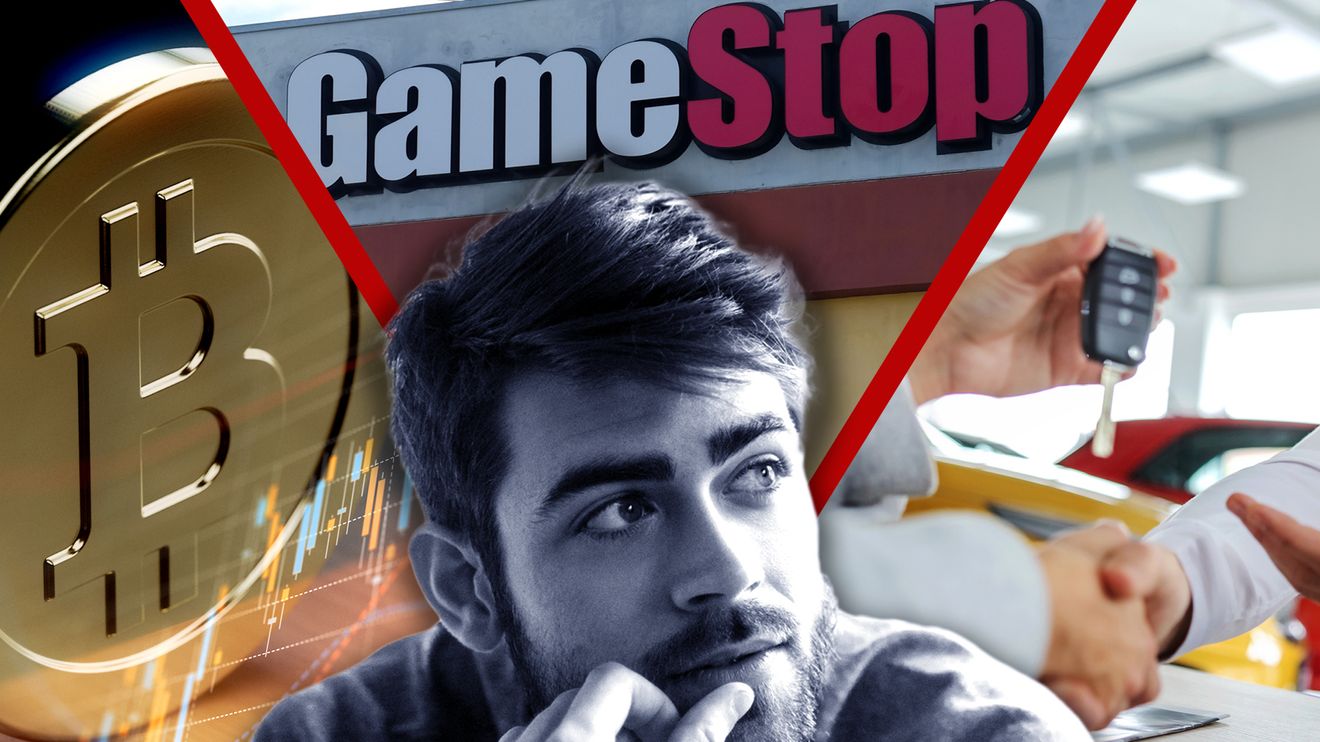 Stimulus checks are quickly making their way into Americans’ bank accounts and mailboxes.

Many Americans will put the money towards essential expenses such as food, rent/mortgage payments and utilities — but some Americans who already have those expenses covered might consider putting some of their stimulus money towards Bitcoin, a new car, vacations or new clothes.

Americans have complete freedom to decide how they spend their stimulus checks, but consumer advocates advise caution on some tempting purchases.

Some $40 billion in stimulus money is estimated to go toward purchasing bitcoin
BTCUSD,
,
according to a recent Mizuho Securities survey. Prior to the latest $1.9 trillion stimulus package, the cryptocurrency was already at all-time highs.

But the demand stemming from stimulus checks will only push bitcoin’s value higher in the short-term, said James Ledbetter, editor of fintech newsletter FIN. That makes the cryptocurrency a riskier investment, he added.

On top of that, “It would be sad and painful to see people end up losing this money that was designed to prop up the economy and get us out of COVID-induced recession,” Ledbetter said.

“Having said that, assuming your rent or mortgage is paid up and your family isn’t wanting for food or clothing, grown-up people have the right to invest their money however they wish — and the chances of losing ALL the money invested in Bitcoin is pretty small.”

“
‘Assuming your rent or mortgage is paid up and your family isn’t wanting for food or clothing, grown-up people have the right to invest their money however they wish.’
”


By the same token, Ilian Georgiev, CEO of Charlie, a payment planning app, recommends resisting the urge to invest in stocks like GameStop
GME,

However, unlike bitcoin, GameStop and other so-called meme stocks aren’t as likely to get a stimulus-check boost, according to BofA Securities analyst Curtis Nagle. The gaming stock is also considerably less ubiquitous in Reddit stock trading forums than it was earlier this year, he noted.

A new or used car down payment

It may be tempting to say, “When I get my stimmy, I’m going to finally put down my first down payment for a car.”

While the $1,400 check won’t cover the bulk of initial loan down payments most people pay for a car, even if it does, it’s still a good idea not to put it towards a car down payment, Georgiev said.

“
‘By getting loan on a new or used car, you actually are making yourself poorer’
”

“Your income hasn’t really changed — your debt-to-income ratio is still the same,” he said referring to the stimulus check funds. “By getting a loan on a new or used car, you actually are making yourself poorer.”

When you take out a new loan, “you’re effectively working for someone else.”

“The fact that you can afford a down payment doesn’t mean that you’re going to be getting ahead. It means that now your disposable income going forward is going to be even lower because interest payments.”

The U.S. Centers for Disease Control and Prevention has not revised its advisory against nonessential travel even for people who have been vaccinated against COVID.

But when it comes to summer excursions, consumers may actually get better rates for domestic trips if they hold off booking until mid-April or early May, said Adit Damodaran, an economist at Hopper, a travel-booking app.

“Domestic airfare prices are currently averaging $240 round-trip,” Damodaran told MarketWatch based on Hopper data. He said he expects prices to “remain low until early May, increasing roughly 12% leading into the summer months to around $257 round-trip.”

“
‘If you’re trying to book something now, especially to another country, you’re better off waiting until things return to normal again’
”


If you’re thinking about traveling internationally, you should keep in mind that the country you have your eye on could reinstitute a national lockdown that bars tourists from visiting, which is currently the case in Ireland and Italy.

Others are more lenient on the issue. “If you can book travel far enough out, and one of the online travel agencies is having a sale, it’s perfectly reasonable to put your stimulus check towards a trip,” said Julie Ramhold, consumer analyst with DealNews.com.

“But if you’re trying to book something now, especially to another country, you’re better off waiting until things return to normal again.”

They may have even scored deals comparable to Black Friday since retailers heavily discounted inventory that couldn’t be sold during initial lockdowns.

“
‘Retailers are currently stocking the shelves with new inventory that won’t be discounted for a few months.’
”


This time around, you should hold off on purchasing new spring clothes, said RetailMeNot’s shopping and trends expert, Sara Skirboll.

“March is the official start to spring and retailers are currently stocking the shelves with new inventory that won’t be discounted for a few months into the spring and summer,” she added.

Even though the battery on your iPhone that you’ve had for several years might be getting consumed faster each day, if you can, don’t rush to buy Apple’s
AAPL,

“At this point in the year, unless you need a new phone, you’re better off waiting,” Ramhold said. “Apple will likely have its typical September event where it announces the successor to the iPhone 12. Once that happens, we can expect prices to drop at least a little bit on the iPhone 12, so it’s worth holding off for now.”

(Apple didn’t respond to MarketWatch’s request for a comment.)

In general, electronics tend to go on sale on long weekends like Memorial Day or Amazon’s
AMZN,

With people working from home and spending more time at home, it obviously makes sense that folks want to be comfortable as the warm weather approaches.

But that’s why this is the wrong time to buy outdoor furniture. Demand is high and so are prices.

Clearance sales for patio furniture tend to begin in July.

The U.S. residential outdoor furniture market is valued at approximately $1.8 billion, according to Statista.

“Waiting, if you can would yield more for your money,” he said.

55% of people say they worry about hunger and homelessness in America during...
Scroll to top