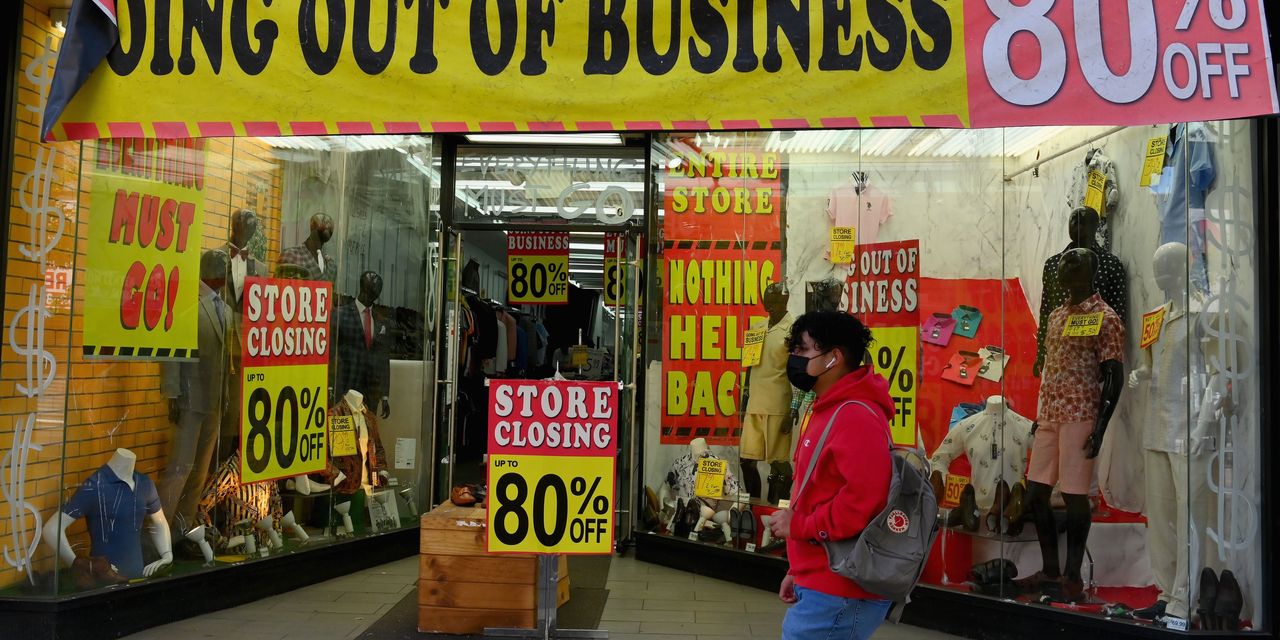 UBS analysts forecast 80,000 store closures over the next five years, as the COVID-19 acceleration in e-commerce forces retailers to shrink their fleet of bricks-and-mortar locations.

Still, this doesn’t diminish the importance of stores, which have become key parts of the sales process for retailers, including Target Corp.
TGT,

and Dick’s Sporting Goods Inc.
DKS,
,
which are using their stores for merchandise delivery services like curbside pickup and shipping items from stores.

Also: Target to spend $4 billion annually over the next several years to build on ‘record breaking’ 2020

“Yet, our analysis also presumes that retailers evolve and adapt their store formats to be the centerpiece of interacting with consumers, including fulfilling online orders,” analysts led by Michael Lasser wrote in the report.

“Overall, under this framework, every 100 basis-point increase in online penetration results in the equivalent sales of 8,000 stores shifting to e-commerce,” the report said.

“Going forward, we think retailers best positioned to adapt their store formats or levered to categories with less disruption from the shift online will be best positioned.”

UBS says retailers in the apparel, consumer electronics and home furnishings could see the most stores shuttered, with clothing seeing the most closures at 21,000.

and Lowe’s Cos.
LOW,
,
and Advance Auto Parts Inc.
AAP,
,
according to UBS.

Retail was hard hit by the pandemic, with many stores forced to shut down for a period and reduce operating hours to stop the spread, and invest in new technologies and sanitizing measures to keep staff and customers safe. The pressure forced a number of ailing retailers to file for bankruptcy, and the retail category is expected to be rife with bankruptcy filings in 2021.

Also: ‘Plexiglas will stay up for a while’: Shoppers remain anxious about COVID but head back to stores

But UBS says more stores could have closed.

“Importantly, we think the retail landscape was supported by significant government stimulus, and a wallet share shift to goods from services. However, we think those trends are temporary,” analysts said.

UBS notes that retail loan delinquency rates rose to 11% in February 2020 compared with 4% the previous year.

“As the consumer backdrop normalizes, we think the challenges faced by undifferentiated retailers will become more apparent,” analysts said.

One solution for the stores that remain is to outfit locations with features that will drive interest and traffic. Dick’s, for example, has a concept store coming that has a rock-climbing wall, batting cage and other attractions.

“Many of them will use physical spaces in very new ways. For example, we’ll see formats that are deliberately tied to the online purchase journey, while the physical environment gets used for priority portions of the journey.”

Don’t miss: Smoothies and salads: Kroger says these 4 items account for 28% of its produce sales

Much of the desire for convenience and other shopping habits that have developed during COVID-19 are likely to stick around even after the pandemic is over. Any stores that remain or launch going forward should take that into account, perhaps with a bit of trial-and-error to find the best formula.

“So, the next 12 months could represent a very creatively driven era of retail experiences,” said Owens. “There will be a ton of experimentation.”