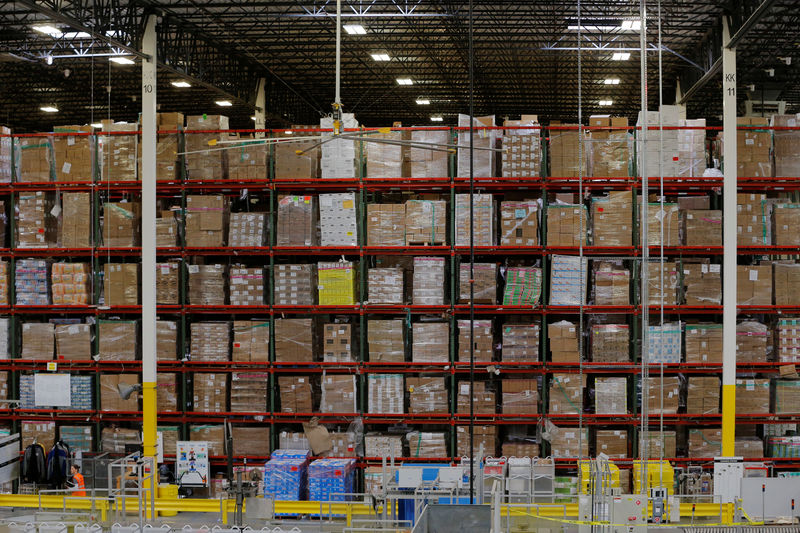 © Reuters. FILE PHOTO: The logo of Amazon is pictured inside the company’s office in Bengaluru

(Reuters) -Amazon.com Inc’s closely watched union election in Alabama had voter turnout of about 55%, and the public vote tally is expected to begin as early as Thursday afternoon, the Retail, Wholesale and Department Store Union (RWDSU) said in a statement.

More than 3,200 mail ballots were received by the U.S. National Labor Relations Board (NLRB), in an election open to over 5,800 workers at Amazon (NASDAQ:)’s warehouse in Bessemer, Alabama, the union said. The workers are voting on whether to join the RWDSU and have their warehouse be the first Amazon facility ever to unionize in the United States.

According to the RWDSU, hundreds of ballots were challenged “mostly by the employer.” Ballots can be challenged by the union, Amazon or the NLRB if they were believed to have been tampered, fraudulent or from a worker ineligible to vote.

Amazon and the NLRB both did not immediately respond to requests for comment.

By comparison, 432 other mail-ballot elections from mid-March 2020 through September 2020 saw turnout of 72%, according to data disclosed by the NLRB in a decision last year. In the nearly six months prior to that — pre-dating the COVID-19 outbreak in the United States — mail-ballot turnout was 55%, the NLRB decision document said.

The public vote count is expected to begin Thursday afternoon or Friday morning, the RWDSU said.

The next rising stars of the debt world? Probably corporate fallen angels