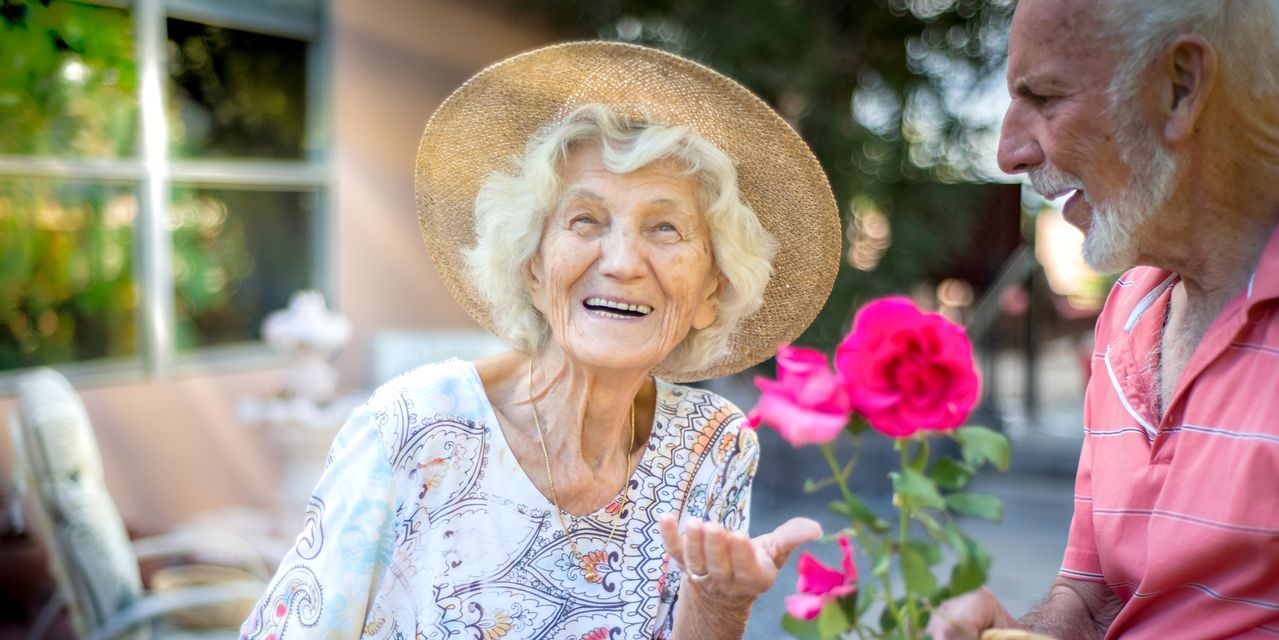 This article is reprinted by permission from NerdWallet.

Many U.S. households retire without enough money to maintain their pre-retirement standard of living. Once retired, though, people often reduce their spending enough to make their money last, according to a recent study by David Blanchett, head of retirement research at Morningstar,
MORN,

“People are finding a way to make it work,” Blanchett says.

The findings challenge a common financial planning assumption that retirees’ spending will increase at the rate of inflation each year. But the research also indicates many people retire without a realistic understanding of how much they can safely spend.

Running out vs. running short

The fear of running out of money is pervasive in the U.S. Nearly half of Americans have this concern, according to the 2019 Aegon Retirement Readiness Survey. And their worries may be well-founded. A 2012 paper for the National Bureau of Economic Research found 46.1% of older adults died with less than $10,000 in financial assets.

Of course, the phrase “running out of money” is somewhat misleading. The vast majority of U.S. retirees receive Social Security benefits, which continue for life. So while they may run through their savings and run short of money, they can’t truly run out.

See: Will Social Security still be there if I wait to claim it?

Still, few people relish the idea of having to cut back sharply on their spending in retirement or eking out an existence on $1,543 a month (the current average Social Security check).

Blanchett and Cormier studied 425 U.S. households that had at least $10,000 in savings at retirement and $5,000 in annual Social Security benefits. They found only 18% retired with enough money to maintain their standard of living.

Over time, though, most of the households reduced their spending and slowed how quickly they were burning through their savings. After 10 years, the proportion with sufficient funds to last their retirement shot up to 48%.

Also read: We want to leave cold Midwest states for ‘warmer and drier climes’ and affordable health care on $44,000 a year — so where should we retire?

The research, which was published in September 2020, has its limitations. The sample size was relatively small, didn’t include the poorest households and examined only the first 10 years of retirement. Also, the researchers couldn’t tell whether people were cutting back by necessity or choice. Blanchett believes many haven’t thought enough about how much retirement will cost and are forced to adjust as their savings dwindle.

“Either they didn’t know how much they needed to save, or they just didn’t (save),” Blanchett says. “They get to retirement and they have to start making harder choices.”

Some who could spend more don’t

However, the researchers also found that many of the households that had enough money were spending as if they did not. In fact, 29% of the best-funded households actually had more wealth 10 years into retirement.

That resonates with financial planners, who say they often have clients who spend less — sometimes much less — than their wealth would support. Some want to leave inheritances for their kids or guard against financial shocks, such as long-term care. In other cases, they’re just more comfortable continuing old habits.

“If you are in the habit of being frugal, you tend to remain that way,” says certified financial planner Dana Anspach of Scottsdale, Arizona.

People can take frugality too far, though, if fear keeps them from getting the most out of their retirements, Blanchett says.

“You might end up not spending enough money when you could enjoy it more,” he says.

A little planning can go a long way

Picking the “right” level of spending in retirement isn’t easy because of all the unknowns, including how long you’ll live and your future health. Having a clear idea of what your expenses are likely to be in retirement, as well as how much income you can expect, can help you create a sustainable spending plan. A good financial planner — preferably a fee-only fiduciary advisor committed to putting your best interests first — could be helpful. Your brokerage or 401(k) provider also may have resources to help guide you.

Read next: Whether you’re 55 or 25, do this to secure your future Social Security benefits

A little planning could go a long way to help the many people who won’t be able to sustain their pre-retirement lifestyle. Blanchett likens it to being able to spot the edge of a cliff in time to avoid going over.

“It can be a very painful reality for a lot of people when they really understand what they have and what they need,” Blanchett says. “But I’d rather you understand that at 65 than you get to the point that you’ve blown through all your savings.”