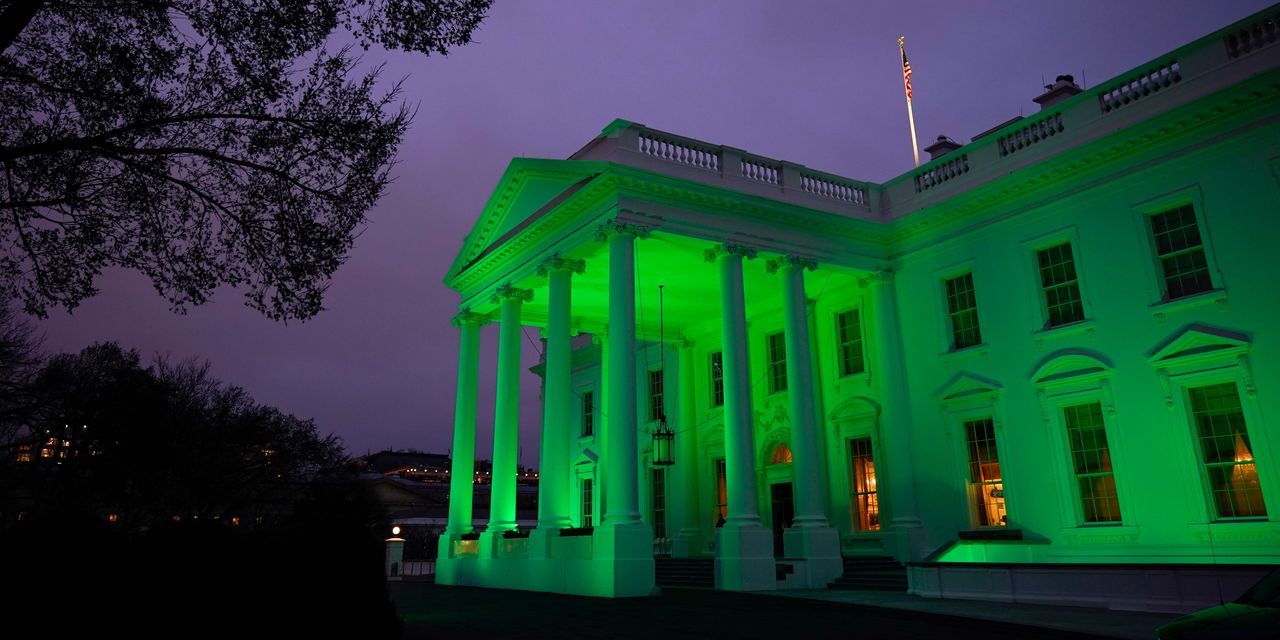 Climate change has been a key topic in President Joe Biden’s first 100 days in office, including in a massive infrastructure pitch. Now the administration looks to reclaim a global leadership position in the fight to slow man-made global warming at a closely watched summit this week.

At the virtual conference to be held April 22-23 — a gathering seen as a precursor to the U.N.-hosted COP26 climate talks in Glasgow in November — the Biden administration intends to galvanize efforts by the world’s major economies “to reduce emissions during this critical decade to keep a limit to warming of 1.5 degree Celsius (2.7 degrees F) within reach.”

Forty global leaders were invited to take part, including 17 major economies responsible for approximately 80% of global emissions. The U.S. had been essentially sidelined from global climate efforts under the Trump presidency and some goodwill will need to be restored.

“If the United States doesn’t come forward and demonstrate that it’s committed to addressing climate threats, it is hard to imagine that the rest of the world will feel as energized in that endeavor,” said Alice C. Hill, of the Council on Foreign Relations.

Read: Cutting these emissions by 30% could yield up to $68 billion in health benefits each year

Ahead of the conference, the U.S. and China, the world’s two biggest carbon polluters, agreed Sunday to cooperate to curb climate change with urgency.

The agreement was reached by U.S. special envoy for climate John Kerry and his Chinese counterpart Xie Zhenhua during two days of talks in Shanghai last week, according to a joint statement.

The China-U.S. relationship on climate change has been a tense pursuit as human rights abuses, trade negotiations and China’s territorial claims to Taiwan and the South China Sea have been threatening to undermine such efforts. China’s willingness to curb its own pollution is the oft-sited point of contention when most Republicans assess Biden’s aggressive U.S. action to tackle climate change.

Here are other key areas that policy-watchers believe could find traction this week:

Biden committed to announce a new emissions-reduction target for 2030 at or before the summit. This target will be part of the U.S. national climate commitment under the Paris Agreement, known as a nationally determined contribution (NDC). Many environmental groups have said the Biden administration should commit to cut emissions 50% below 2005 levels by 2030 to make a significant dent toward U.S. net-zero 2050.

The leadership from more than 300 businesses and investors, including Apple
AAPL,
,
Alphabet’s Google
GOOGL,

and Coca-Cola
KO,
,
signed an open letter to Biden in early April expressing support for the 50% target. The Union of Concerned Scientists have put forth its own call for such action.

That target would nearly double the U.S.’s previous commitment on emissions reduction.

The European Union and the United Kingdom have already submitted new NDCS. But other major economies that have yet to put forward a 2030 NDC aligned with their long-term emissions goal are Japan, South Korea, Canada and China.

U.N. reports indicate that without the more aggressive 2030 targets, most major economies aren’t moving fast enough to meet the 2050 net-zero commitments that have dominated political platforms of late.

Meanwhile, Russia’s President Vladimir Putin has been invited and Bloomberg reports on his plans to attend. But his economy ministry, which is responsible for emissions policy, has given no indication it will strengthen what much of the world considers to be conservative climate targets in the near future.

Timed closely to the conference, Biden is set to issue an executive order on climate disclosure within capital markets, a move that could shift investments overall with implications for the fossil-fuel and renewables sectors, according to U.S. climate envoy John Kerry.

“President Biden is poised to issue an executive order that will require disclosure,” Kerry said at an International Monetary Fund event earlier this month. “It’s going to change allocation of capital. Suddenly people are going to be making evaluations considering long-term risk to the investment based on the climate crisis.”

The Biden administration said it will produce a climate finance plan on how the United States will strategically use different financial institutions to assist developing countries in undertaking ambitious climate action. The plan, expected to be released around the time of the summit, will help lay the ground for the leaders’ gathering.

The climate finance plan should indicate how the United States will scale its climate finance to catch up with the efforts of other major donors, who contribute more on a per-capita and share-of-gross-national-income basis.

Increased climate finance ambition from the United States can put pressure on other developed countries to come with new climate finance commitments, too. For example, Canada and Italy are the lowest providers of climate finance in the G-7 and should do more to catch up to their peers.

Kerry has said he wants to work with the world’s 20 worst polluters to cut emissions more rapidly. In 2009, rich countries promised to collect $100 billion a year in climate finance for vulnerable nations by 2020, but that pledge has fallen short.

“There is a big gap to fill in terms of the $100 billion pledge,” said Helen Mountford, vice president of climate & economics, for the World Resources Institute. “Developed nations must build trust again with developing nations.”

The conference is seen as a key opportunity for the U.S. to demonstrate that it will lead on cutting highly potent methane emissions.

Methane levels in the atmosphere surged during 2020, marking the biggest increase since records began in 1983, according to NOAA.

Methane is 28 times more potent than carbon dioxide as a factor in global warning. It is derived from using fossil fuels such as coal and gas and from microbial sources in vegetation and animals.

Methane leaks at natural gas sites in particular have factored in the debate on sustaining natural gas
NG00,

development, which has been a fixture to the U.S. gaining ground in energy independence.

Pressure is expected on some countries for a more public pledge to get away from financing coal.