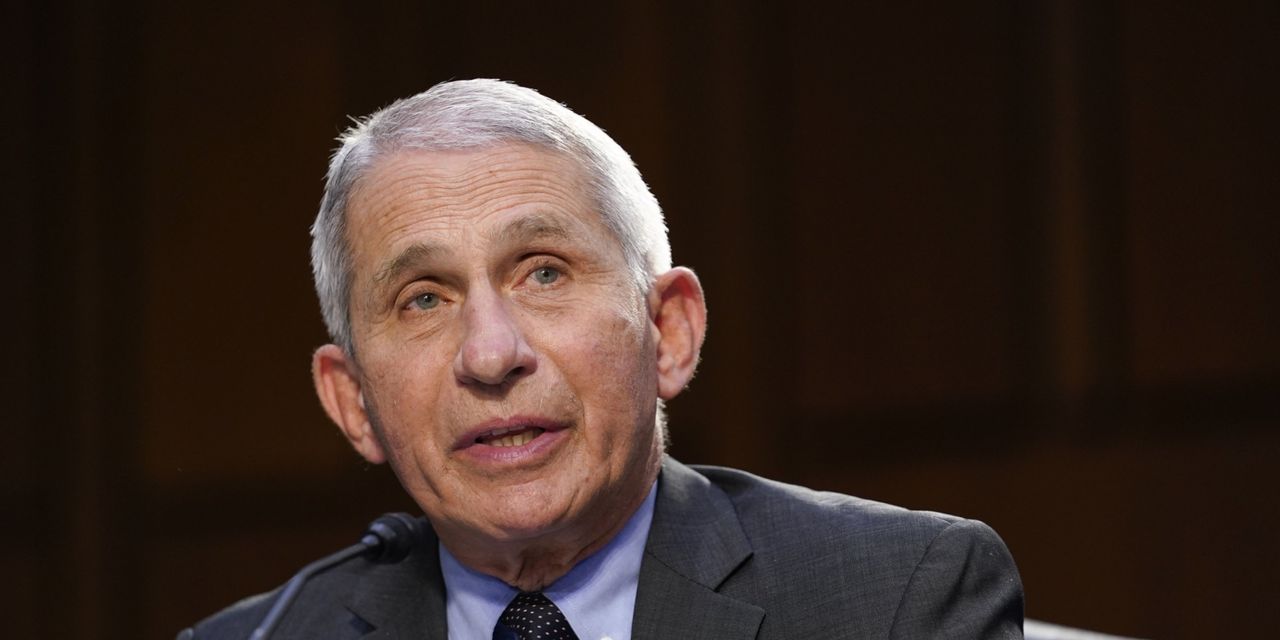 The director of the National Institute of Allergy and Infectious Diseases warned: “We clearly have enough vaccine or will get enough vaccine that does not include AstraZeneca, that would be enough quantitatively to vaccinate everybody in the United States.”

The vaccine developed by the U.K.-Swedish pharmaceutical giant with the University of Oxford has been under scrutiny after some people who had been vaccinated developed unusual blood clots.

The World Health Organization’s advisory vaccine safety panel said last week that although a blood clot link was plausible it wasn’t confirmed and the cases were very rare.

Fauci, who was speaking on BBC radio, said: “I think that the AstraZeneca vaccine from a standpoint of efficacy is a good vaccine. Whether or not we ever use it is unclear, but it looks right now at this point in time that we will not need it. It’s not a negative indictment of AZ, it is just possible that given the supply that we have from other companies that we may not need to use an AZ vaccine.”

Around 72 million Americans have been fully vaccinated and about 120 million have received at least one dose, according to Fauci, who warned against complacency.

“So things are going along well,” he said. “The problem is, we are seeing in several states right now, alarming increases in number of cases per day.

“Some of the governors and mayors and others are pulling back on the mandates for masks, are allowing restaurants and bars to be open, which is a really risky situation.

“We have now, I would say, 70,000 or even the latest number 80,000 new cases, I believe. As the vaccinations keep rolling out, and we get three to four million people today vaccinated, it would blunt a real explosion of the surge but it may not blunt a moderate increase which we don’t want to see. This is not a time to prematurely declare victory because we have such a successful rollout of vaccines.”

Despite being vaccinated, Fauci admitted he hasn’t started visiting restaurants or changed his behavior.

“Well right now, I have not changed my behavior but it’s predominantly because of the nature of my job,” he said. “I don’t go out to restaurants right now even though I have been vaccinated because, I mean I’m just so consumed with what I’m doing.”

Read: AstraZeneca Vaccine Found to Be Safe and 79% Effective in U.S. Trial. The Stock Is Rising.

At the end of March, Ruud Dobber, executive vice president of AstraZeneca’s Biopharmaceuticals unit, said it was the U.S. government’s decision as to what to do with its doses but that he would be “highly surprised” if the doses weren’t used to vaccinate Americans, adding that there was still a “huge need” and that government officials were “very excited” by interim data.

If approved, 30 million doses would be released to the U.S. immediately, followed by a further 20 million in the same month, Dobber told reporters at the time.