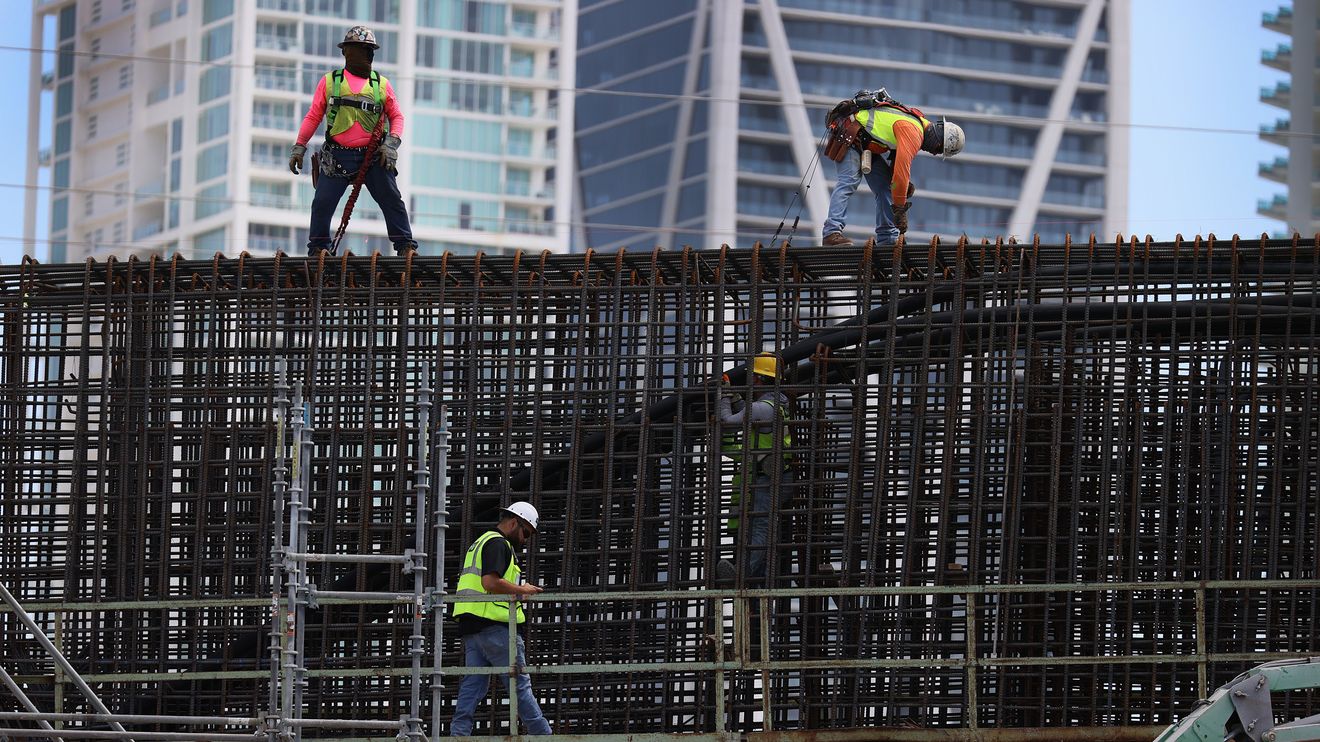 President Joe Biden’s $2.3 trillion infrastructure package would put pipefitters, construction workers, truck drivers and others to work, and most of the jobs it would create wouldn’t require a college degree, according to a new Georgetown University report.

The American Jobs Plan, which Biden says is the “largest American jobs investment since World War II,” calls for repairing roads, bridges and public transit, as well as installing more than 500,000 electric-vehicle charging ports across the U.S.

If signed into law, the infrastructure plan would lead to increased demand for urban planners and electricians, among others, according to Biden’s remarks when he unveiled the proposal and a White House “fact sheet.”

On Friday, Biden said, “If we pass this plan, the economy will create 19 million jobs.”

Biden was referencing a Moody’s Analytics report that showed that along with the $1.9 trillion American Rescue Plan, the infrastructure plan would lead to nearly 19 million jobs by 2030.

“That’s long-term jobs for pipefitters, healthcare workers, those who work in steel factories and the cutting-edge labs as well,” Biden added in remarks delivered shortly after the March jobs report was released early Friday.

The U.S. lost more than 8 million jobs in 2020, Moody’s chief economist Mark Zandi noted in a conversation with MarketWatch. The unemployment rate hovers at 6%, down from 6.2% in February, the Bureau of Labor Statistics reported on Friday.

Under the American Jobs Plan, the economy would recover the jobs lost in the pandemic recession by early 2023, according to the Moody’s report, but that’s “not much different than without the plan.”

“But the plan does result in substantially more jobs mid-decade, with employment under Biden’s term as president increasing by 13.5 million jobs,” Moody’s wrote. “This compares with 11.4 million jobs without the plan.”

Meanwhile, a separate report released March 29 by Georgetown University estimated that a $2 trillion jobs plan, of which $1.5 trillion would go toward infrastructure, “would create or save 15 million jobs over 10 years and would increase the share of infrastructure jobs from 11% to 14% of all jobs in this country, temporarily reviving the blue-collar economy.”

Some 75% of the jobs created from such an infrastructure package would be for “workers with no more than a high school diploma and some non-degreed short-term postsecondary training,” according to the report, published by Georgetown University’s Center on Education and the Workforce.

A majority of the infrastructure jobs would be in transportation and material-moving occupations, according to the Georgetown report. That’s a broad category that can include delivery-truck drivers, tractor-trailer drivers, air-traffic controllers, hand laborers who move freight and other similar positions, according to the BLS.

An infrastructure program could also create “downstream jobs only somewhat related to infrastructure, such as in offices and retail services,” the Georgetown report said.

The report also noted that 90% of infrastructure jobs are held by men, and the majority of new jobs created would be in male-dominated fields.

Following is a look at the jobs the American Jobs Plan would likely create and their typical pay.

Electrician work was one of the professions Biden singled out in his speech Wednesday. Electricians would be some of the people put to the task of “laying thousands of miles of transmission line, building a modern, resilient and fully clean grid,” Biden said.

The median annual U.S. pay for all occupations was $41,950 as of May 2020, according to the Department of Labor’s Bureau of Labor Statistics.

Biden also said that “skilled workers” would be needed to help build “a nationwide network of 500,000 charging stations” for electric vehicles.

That will likely require more electrical-power-line installers and repairers and urban and regional planners, according to a BLS brief on careers within the electric-vehicle industry.

Urban and regional planners may help “determine how many charging stations are necessary to support a given number of vehicles, as well as where to situate them to reach the greatest number of citizens.”

“
The median annual pay of urban and regional planners and electrical-power-line installers and repair workers is slightly above $75,000.
”

Typically entry-level workers in urban planning have a master’s degree “from an accredited planning program.” But some can bypass graduate school by applying for certification from the American Institute of Certified Planners “if they have the appropriate combination of education and professional experience, and pass an examination.”

Electrical-power-line installers and repair workers, who would be responsible for installing and maintaining the electrical infrastructure that powers the charging stations, earn similar median wages of $75,030 on average. However, they don’t typically need a master’s degree. Instead, they tend to have one to five years of experience and a high-school diploma.

Biden also said the U.S. under the package would be “modernizing 20,000 miles of highways, roads and main streets that are in difficult, difficult shape right now.”

Doing that would require people who know how to operate paving and surfacing equipment. The median salary in that line of work is $41,540, according to the BLS.

The U.S. Environmental Protection Agency estimates that there are some 98,000 public schools and 500,000 child-care facilities not regulated under the Safe Drinking Water Act. The act, passed in 1974, allows the EPA to enforce and set safety standards for public water supplies.

But under federal law, the 98,000 public schools and 500,000 child-care facilities “may or may not be conducting voluntary drinking-water quality testing,” according to the EPA.

Biden wants to “put plumbers and pipefitters to work, replacing 100% of the nation’s lead pipes and service lines so every American, every child can turn on a faucet or a fountain and drink clean water,” he said Wednesday.

Plumbers’ and pipefitters’ median pay is $54,980, according to the BLS.

Most learn either on the job or through an apprenticeship. Some also attend a vocational school before joining the work force.