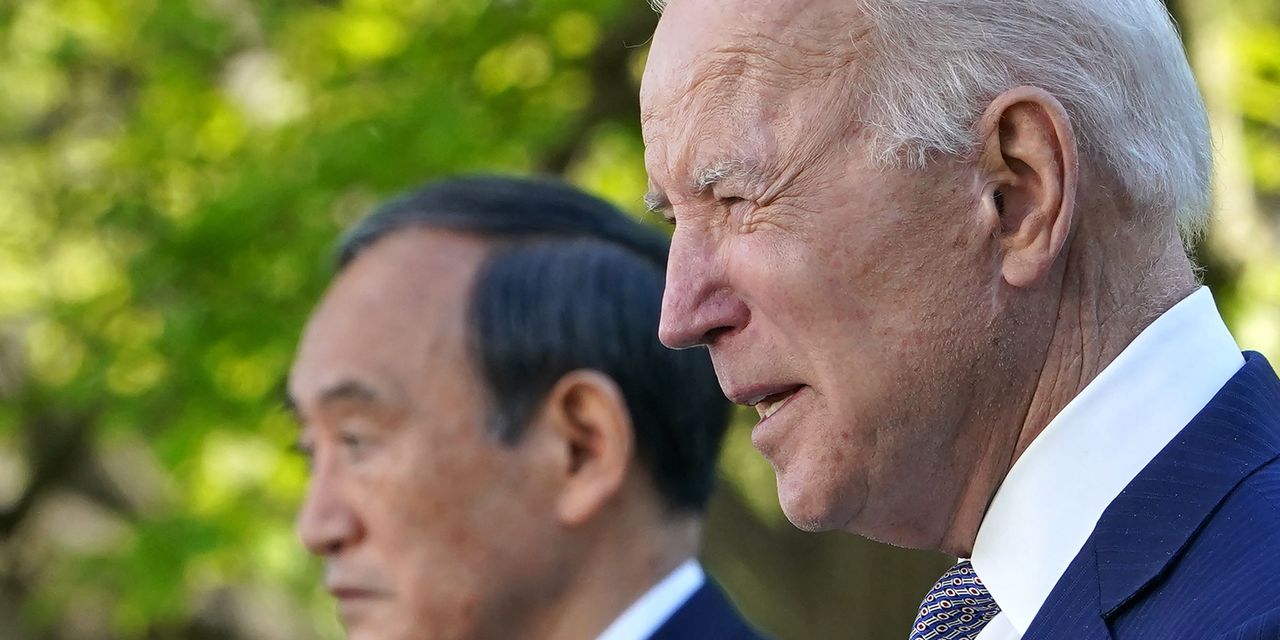 The White House meeting was Biden’s first face-to-face with a foreign leader, part of a strategy for facing a more-assertive China. Biden is also set to meet South Korean President Moon Jae-in next month in Washington.

“We committed to working together to take on the challenges from China and on issues like the East China Sea, the South China Sea, as well as North Korea, to ensure a future of a free and open Indo-Pacific,” Biden said at a news conference in the White House Rose Garden.

Without mentioning Taiwan by name, Suga said he and Biden agreed to oppose “any attempts to change the status quo by force or coercion in the East and South China Seas and intimidation of others in the region.” China’s military has recently flown warplanes in Taiwan’s airspace.

Opinion: The one thing Biden misses with his semiconductor war with China

The two leaders also discussed the COVID pandemic and next week’s climate summit to be hosted by Biden, which Suga will attend.

Biden was also asked about gun-control measures in the wake of the latest mass shooting in the U.S. Police say the man who fatally shot eight people at a FedEx facility in Indianapolis Thursday night is a former employee.

Biden said he’s “never not prioritized” gun reforms and defended his push on an infrastructure plan.

“It doesn’t mean that I can’t also be working at the same time on the economy and on COVID,” said Biden, who has called for policies including an assault-weapons ban.

Get ready for stock buybacks to roar back

Insurer Hartford to pay $650 million for claims linked to Boy Scouts of America...
Scroll to top