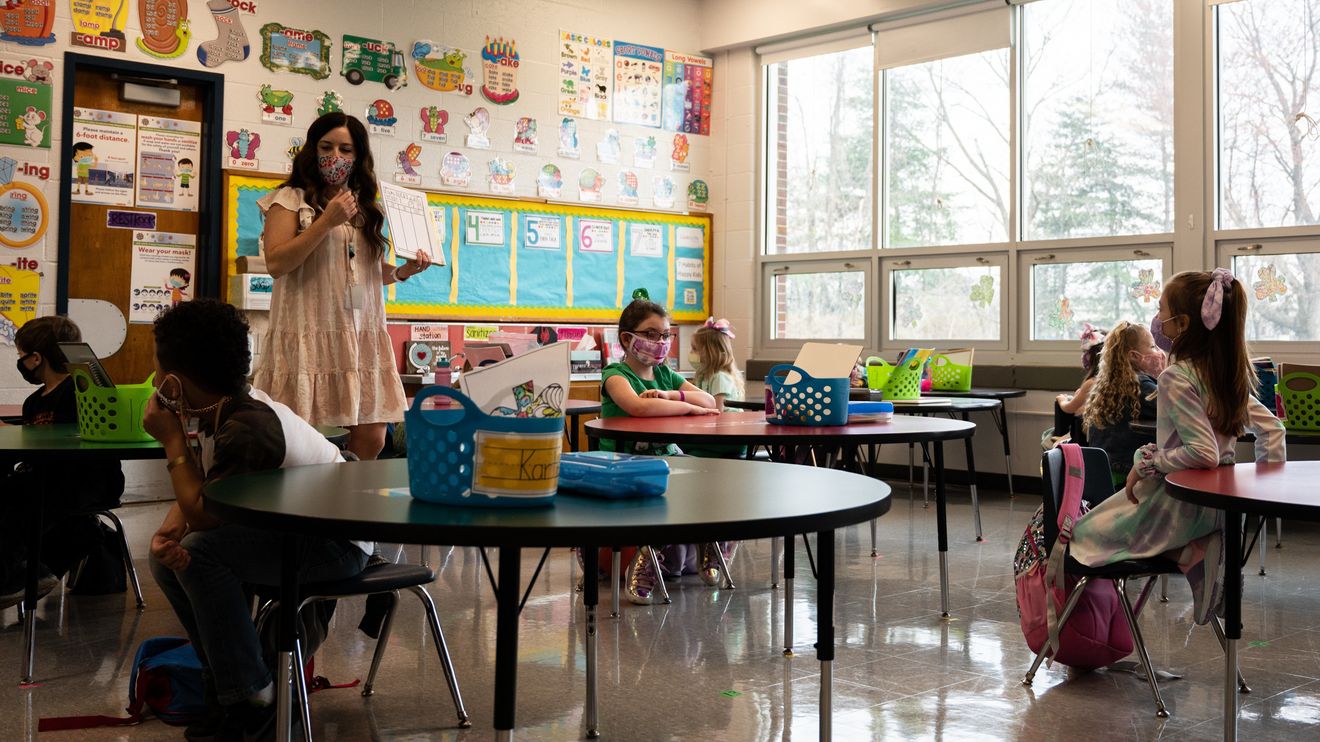 President Joe Biden is pledging to reopen the majority of K-8 schools within his first 100 days in office — if he’s able to achieve that goal, students could benefit from an educational standpoint but also from a mental health standpoint.

School-aged children have experienced unprecedented rates of anxiety, stress and depression during the pandemic. That’s been exacerbated by frequent changes to modes of instruction, according to a recent U.S. Centers for Disease Control and Prevention survey of nearly 1,300 parents or guardians of children ages 5 to 12.

Children who’ve been learning virtually appear to suffer the most, the survey conducted from October through November 2020 suggests.

Parents of remote learners were also more likely to report that their children were spending less time outside, less time exercising, and less time interacting with friends.

Parents reported their own challenges as well. Parents of children receiving virtual instruction “more frequently reported their own emotional distress, difficulty sleeping, loss of work, concern about job stability, child care challenges, and conflict between working and providing child care than did parents whose children were receiving in-person instruction.” Parents of students receiving a combination of remote and in-person learning also reported “conflict between working and providing child care and loss of work more often than did parents of children receiving in-person instruction,” the survey found.

The Biden administration is attempting to pave the way for schools to reopen safely by distributing federal funds to pay for upgrading classrooms to promote social distancing, among other health measures.

But ultimately, the Biden administration is somewhat limited in what it can do: the decision to reopen schools for in-person learning falls to state and local government officials.

Biden announced this week that states will receive $81 billion dedicated to safely reopening schools from the $1.9 trillion stimulus package known as the American Rescue Plan Act.

“I need states to move quickly to get these resources down to the school districts and put them work,” Biden said during a summit on school reopening hosted by the Department of Education on Wednesday. “Help is here.”

In total, the American Rescue Plan provides $122 billion in relief for pre-K-12 schools to “to reopen safely and address the academic, social, emotional, and mental health needs of their students,” the Department of Education said.

The remaining $41 billion “will become available after states submit the plans they are developing and implementing” for safely reopening schools, the statement said.

California, the most populous state, was set to receive $10 billion of the $15 billion in ARP education funds on Wednesday that has been allocated for the state.

“
In total, the American Rescue Plan provides $122 billion in relief for pre-K-12 school to reopen for in-person learning
”

“
In communities where case levels are high, the CDC advises that high school and middle school students maintain at least six feet of distance
”

The U.S. Centers for Disease Control and Prevention recently released updated guidance that calls for students in classrooms where everyone is wearing a mask to sit at least three-feet apart. The CDC had previously advised six feet of space between students.

The new guidelines could also help Biden achieve his goal if more students are allowed in classrooms. It might also give a financial lift to some parents who have had to cut back their work hours because their children have been learning remotely, according to the view of some experts.

However, Randi Weingarten, president of the American Federation of Teachers, the nation’s second-largest teachers union, said she was “not convinced that the evidence supports changing physical distancing requirements at this time,” she wrote in a letter to Secretary of Education Miguel Cardona.

“Our concern is that the cited studies do not identify the baseline mitigation strategies needed to support 3 feet of physical distancing,” she said. “Moreover, they were not conducted in our nation’s highest-density and least-resourced schools, which have poor ventilation, crowding and other structural challenges.”

People with college degrees are more likely to have a COVID-19 vaccination —...

7 things you really shouldn’t be buying with that $1,400 stimulus check
Scroll to top