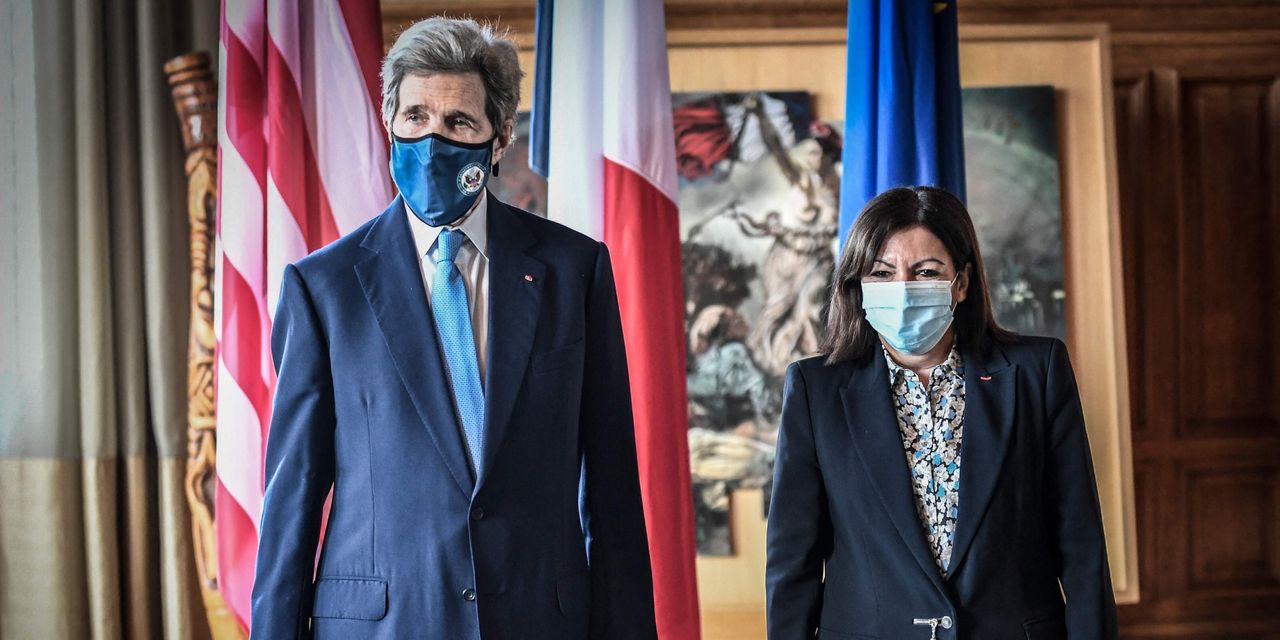 The Tennessee Star, a conservative news website, published a photo of a bare-faced Kerry apparently flying first-class from Boston to D.C. on Wednesday.

The airline requires all passengers wear masks on board, in accordance with directives from the CDC and TSA and Biden’s Jan. 21 executive order mandating face coverings during interstate travel.

In a statement, the airline
AAL,

said they were in the process of reaching to Kerry to remind him of the policy.

“The crew did not observe Secretary Kerry without a mask, and they were not alerted by other customers to a non-compliance issue. We continue to review the matter and we are reaching out to Secretary Kerry to underscore that all customers are expected to wear masks for the duration of their trip,” a spokesperson said.

While travelers are generally allowed to remove masks to eat or drink, it doesn’t appear that the former Secretary of State, now the U.S. Special Presidential Envoy for Climate, had any food or beverages near him in the photo. A flight from Boston to D.C. is roughly an hour and a half long.

Several people on Twitter called out Kerry, with some conservatives charging the incident was a case of liberal hypocrisy around mask-wearing.

“SPOTTED: Liberal hypocrite & Biden Admin official @JohnKerry flouting @JoeBiden’s Federal mask mandate. NOTE: His mask is off & he isn’t eating or drinking. Will he be fined for breaking the law & banned from flying @AmericanAir like regular citizens would be?,” former first son Donald Trump Jr., wrote on Twitter.

The White House didn’t immediately return a request for comment.

This story originally appeared at NYPost.com