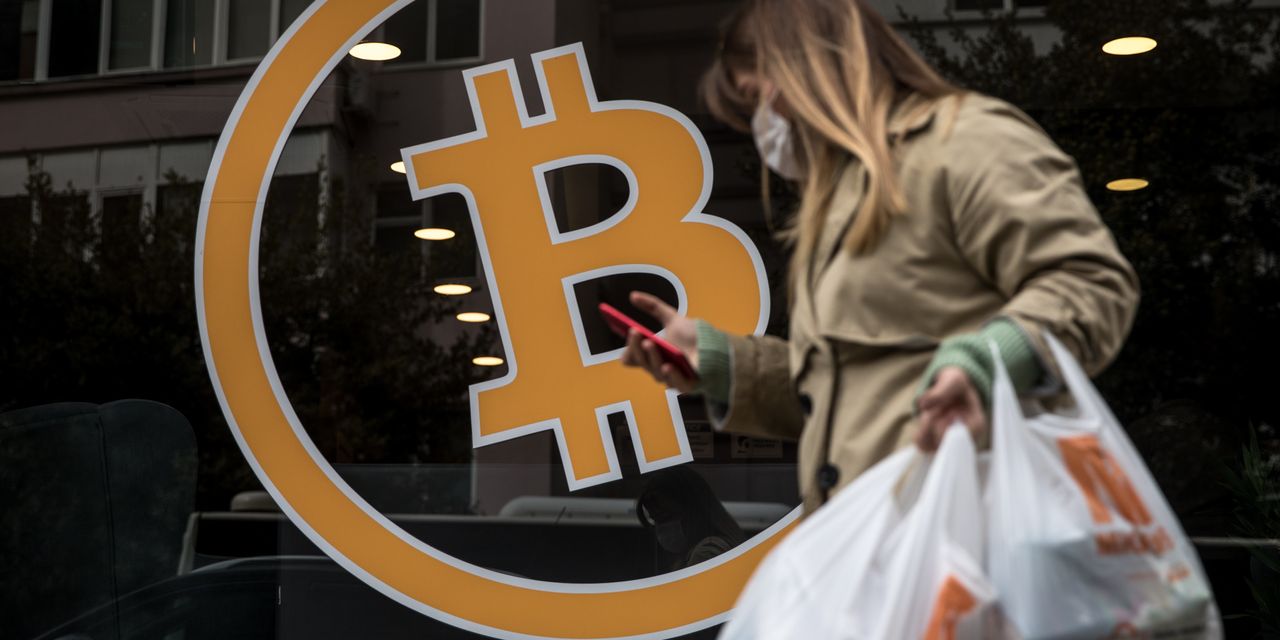 Bitcoin prices were sinking into correction territory Sunday, marking the sharpest slide for the digital asset since February, coming on the heels of what has been a remarkable stretch for the crypto industry.

Sunday afternoon were at $51,907 down around 20% from a recent peak on CoinDesk $64,829.14. The decline from the crypto’s apex meets the widely accepted definition of a correction in an asset.

However, slides of 10% or better bitcoin are fairly common because the nascent asset is viewed as inherently volatile. The last time crypto skid decisively lower comments from Treasury Secretary Janet Yellen at a New York Times DealBook conference were blamed for the slump.

This time around, market participants continue to be haunted by the specter of a crack down by the Treasury but are also listing a few other possible causes for bitcoin’s correction.

Read: Crypto for the long term: what’s the outlook?

Some industry participants point to a rise in speculative assets like dogecoin as indications that the digital asset market is getting hyped and vulnerable to a retreat. Dogecoin prices had rocketed more than 7,252% year-to-date at their recent peak.

CEO Michael Novogratz says that although he sees bitcoin reaching $100,000 by the end of 2021 and $500,000 by 2024, he believes that the market will be marked by turbulence that he feels is highlighted by frenzied appetite for assets like dogecoin
DOGEUSD,
,
which was originally created as a parody to bitcoin and is viewed by some as possessing limited utility.

listing has fueled “a lot of frenzy” around dogecoin and added that “that never ends well,” speaking at virtual event hosted by MarketWatch and Barron’s on Wednesday.

Others pointed to the dissemination of fear, uncertainty and doubt, or FUD, as the crypto community describes it.

Bloomberg News reported that further speculation about a crypto crackdown by the U.S. Treasury Department tied to the use of digital assets for money laundering, without specific details, also was weighing on prices.

Some market participants have suggested that the highly anticipated Coinbase listing on Nasdaq Inc.
NDAQ,

would prove a new top for the crypto market and put prices under pressure after a precipitous rally in recent days and a fresh record for bitcoin early last week.

Check out: Coinbase IPO: Everything you need to know about the ‘watershed moment’ in crypto

Yves Lamoureux, the president of Montreal-based macroeconomic research firm Lamoureux & Co., told MarketWatch that he was fearful that euphoria surrounding bitcoin and crypto and saw them due for a retrenchment as a result. “Can you find out there anyone with a bearish viewpoint?” he asked. “A resounding no,” he responded.

Read: Coinbase IPO is a huge score for the crypto platform’s”Who’s Who” list of private-equity investors

In any case, bitcoin prices remain elevated on the back of growing attention from traditional investors. Several high-profile Wall Street players, including Stanley Druckenmiller and Paul Tudor Jones, have embraced bitcoin. Famed investor Bill Miller, founder of Miller Value Partners, in a letter to clients on the firm’s website, that reaffirmed his bullish outlook on bitcoin.

Bitcoin prices are up around 90% so far this year. By comparison, gold prices
GC00,
,
considered a rival to bitcoin, were off over 6% so far in 2021, and more traditional securities were seeing comparatively more pedestrian returns. The Dow Jones Industrial Average
DJIA,

are up more than 11% in the year to date, while the Nasdaq Composite Index
COMP,

US Lawmaker Warns Treasury Secretary and Fed Chair Not to Ignore Bitcoin or...
Scroll to top