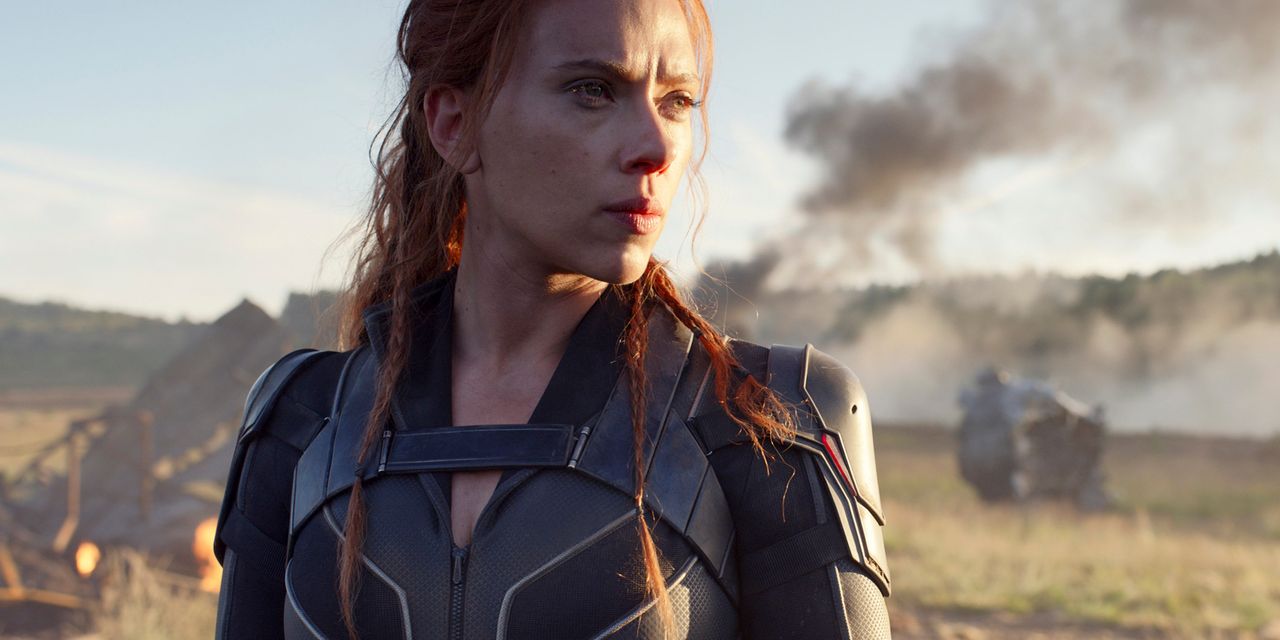 The Walt Disney Co. on Tuesday again overhauled its upcoming movie-release plans, postponing many of its biggest films and announcing “Black Widow” will stream on Disney+ the same day it hits theaters.

“Black Widow,” the highly anticipated Marvel superhero movie starring Scarlett Johansson that had its release postponed last year due to the pandemic, had been expected to premiere in newly reopened theaters May 7, kicking off the traditional summer blockbuster season. Instead, Disney pushed back its release yet again, to July 9, and said it would be available to stream the same day for Disney+ subscribers for an additional $30 Premier Access fee, much like the release of “Mulan” last year and “Raya and the Last Dragon” earlier this month.

While movie theaters are hoping for big business as they reopen after months-long closures due to coronavirus restrictions, giving “Black Widow” a streaming option signals that Disney
DIS,

is hedging its bets in case moviegoers don’t flock back to theaters right away. Disney movies — and especially Marvel releases — are traditionally movie theaters’ most bankable bets.

“Today’s announcement reflects our focus on providing consumer choice and serving the evolving preferences of audiences,” Kareem Daniel, chairman of Disney’s Media & Entertainment Distribution, said in a statement. “By leveraging a flexible distribution strategy in a dynamic marketplace that is beginning to recover from the global pandemic, we will continue to employ the best options to deliver The Walt Disney Company’s unparalleled storytelling to fans and families around the world.”

Disney will instead kick off the summer with “Cruella,” a live-action “101 Dalmatians” spinoff starring Emma Stone, which will debut on May 28, both on Disney+ Premier Access and in theaters. Pixar’s animated “Luca” will stream for no additional fee for Disney+ subscribers starting June 18, much like how Pixar’s “Soul” debuted in December.

Warner Bros. said it would release its 2022 slate of movies directly to theaters. Warner shook up Hollywood’s business model last year by announcing it would stream its 2021 slate of films for 31 days on HBO Max the same day they open in theaters. Warner said Tuesday its 2022 movies will run exclusively in theaters for 45 days before they can be streamed.

also announced Tuesday it will reopen its Regal theaters in April, for the first time in six months. Last week, AMC
AMC,

Here’s what’s coming to Hulu in April 2021, and what’s leaving
Scroll to top