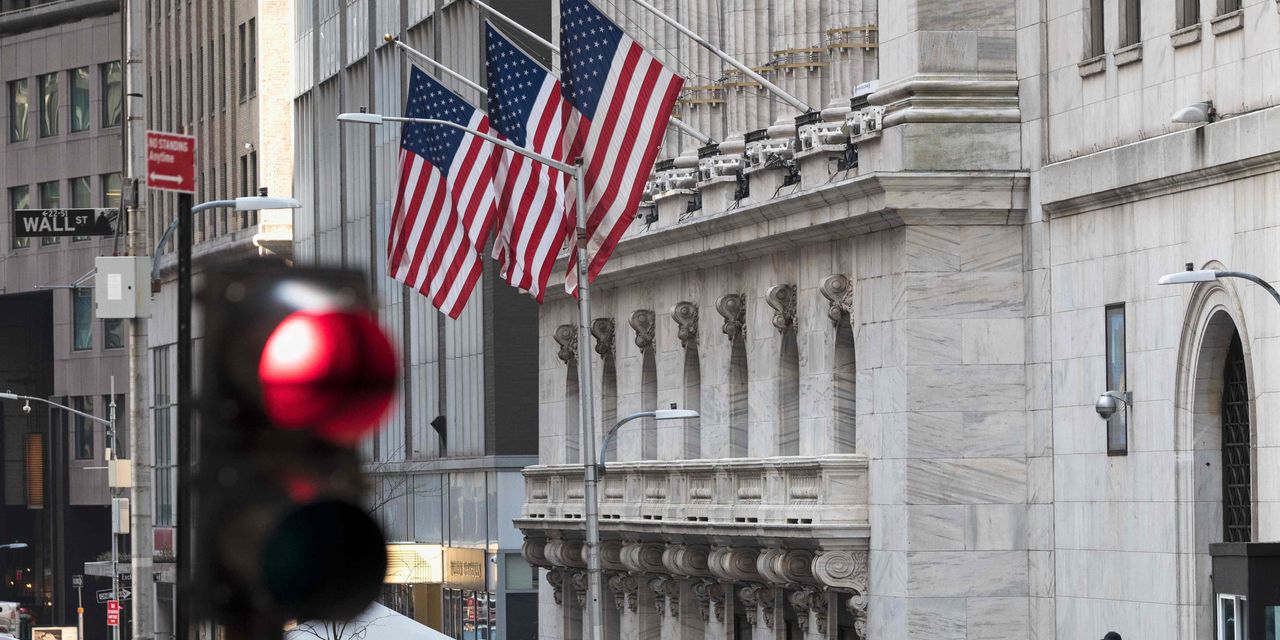 U.S. stock futures were trading on the backfoot early Monday following reports that a large investment fund was forced to sell massive holdings in stocks that some fear could ripple through the broader market.

How are stock markets performing?

On Friday, the Dow
DJIA,

Markets are headed modestly lower but appear to be taking in stride reports that Hwang’s Archegos Capital Management sold some $30 billion in holdings, momentarily sending shock waves throughout the market, according to the Wall Street Journal, citing people familiar.

to register their worst one-day declines on record, even as the broader market finished sharply higher to cap a turbulent trading week.

on Monday said they were likely to take hit from a margin call due to the volatility in the market but didn’t directly name Hwang’s fund.

“It now appears, according to reports, that the sell-off was the result of a liquidation from a fund called Archegos Capital Management, after some its positions moved offside, raising some concerns about a trickle-down effect to other stocks,” wrote Michael Hewson, chief market analyst at CMC Markets. “We’ll see whether those concerns are well founded later today,” he wrote.

The buzz around the margin call comes at the start of a holiday-shortened week, as investors brace for a fresh round of volatility. Some markets will be closed in observance of Good Friday, including those in the U.S., and some European markets will remain closed next week for Easter Monday.

Meanwhile, investors were also watching news that tugs had partially dislodged the 1,300-foot MV Ever Given, operated by Taiwan-based Evergreen Group, which has been blocking the Suez Canal, one of the busiest trade waterways in the world, causing massive logjams. That could help to reopen the vital trade route that accounts for some 12% of global trade.

On the public-health front, the global coronavirus tally rose above 127 million on Monday, according to data aggregated by Johns Hopkins University, with the U.S. accounting for a quarter of that number, at more than 30 million.

Markets have been climbing unsteadily due to worries about a resurgence of COVID-19 in Europe that has forced extended lockdown periods, even as vaccine rollouts and some $1.9 trillion in COVID in the U.S. has helped to support the domestic economy, which has also been pushing benchmark bond yields higher.

Markets, however, have managed to hold fairly steady despite worries about the Suez blockage, concerns about the viral spread and the possibility of a financial market contagion.

“In a week that saw optimism and pessimism in equal measure, stock markets have proved to be fairly resilient in the face of a variety of factors, including extended lockdowns in Europe, vaccine nationalism, and the added wrinkle of the blockage in the Suez Canal, which now shows signs of being cleared in the next day or so,” CMC’s Hewson wrote.

Which stocks are in focus?

South African Regulator Zeroes in on Scams and Unregulated Firms in Its Second...