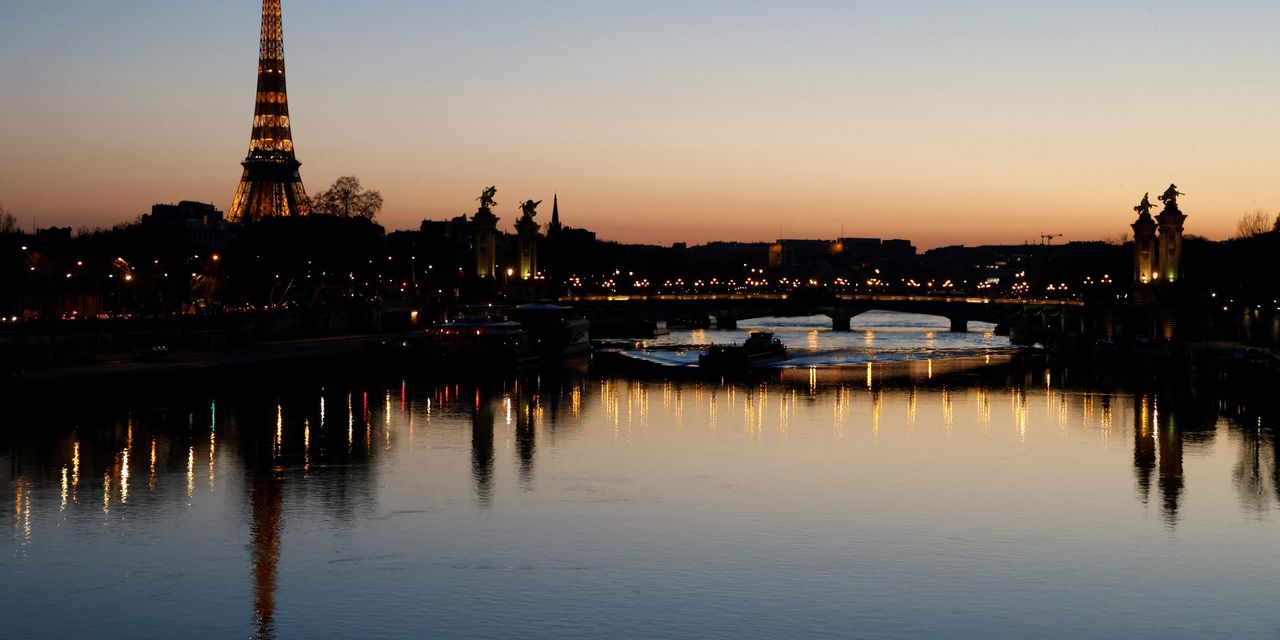 YM00
were also little changed, with Nasdaq-100 futures
NQ00
tilted slightly lower as the yield on the 10-year Treasury note
BX:TMUBMUSD10Y
crept higher to 1.67%. The yield on the 10-year German bund
BX:TMBMKDE-10Y
was up 1 basis point to –0.315%. The S&P 500 index
SPX
logged its 19th record close in 2021 on Thursday, led by technology shares on the back of Treasury yields that have been easing as of late.

Fed Chairman Powell repeated his view that any inflation rise this year would be temporary at a webinar hosted by the International Monetary Fund on Thursday.

But stocks in China and Hong Kong tumbled on Friday after China reported higher consumer prices in March, due to higher fuel prices, while producer prices rose at the fastest pace in over four years.

Investors have spent months fending off concerns that a stronger growth rebound from the pandemic could trigger inflation that central banks would try to cool, possibly through interest rate increases.

“It’s a clear sign of robust demand for goods made in China, as well as indicative of rising costs for raw materials,” said Neil Wilson, chief market analyst at Markets.com.

Among the stocks on the move, shares of TUI
UK:TUI
slid 7% after the multinational tour and travel company suffered a technical mishap on a flight that assigned the wrong weight to some passengers, and caused a flight to takeoff 1,200 kilos heavier than it should have been, according to reports. The company also launched a convertible bond offering worth €350 million ($416 million).

“While most deliveries were the A320 family, we were heartened by the 8 A350 deliveries in March (vs 2 in Jan and Feb combined). We remain confident about this year, but continue to worry about the longer term supply / demand balance,” said Citi analyst Charles J Armitage.

The signal under fire over MobileCoin partnership