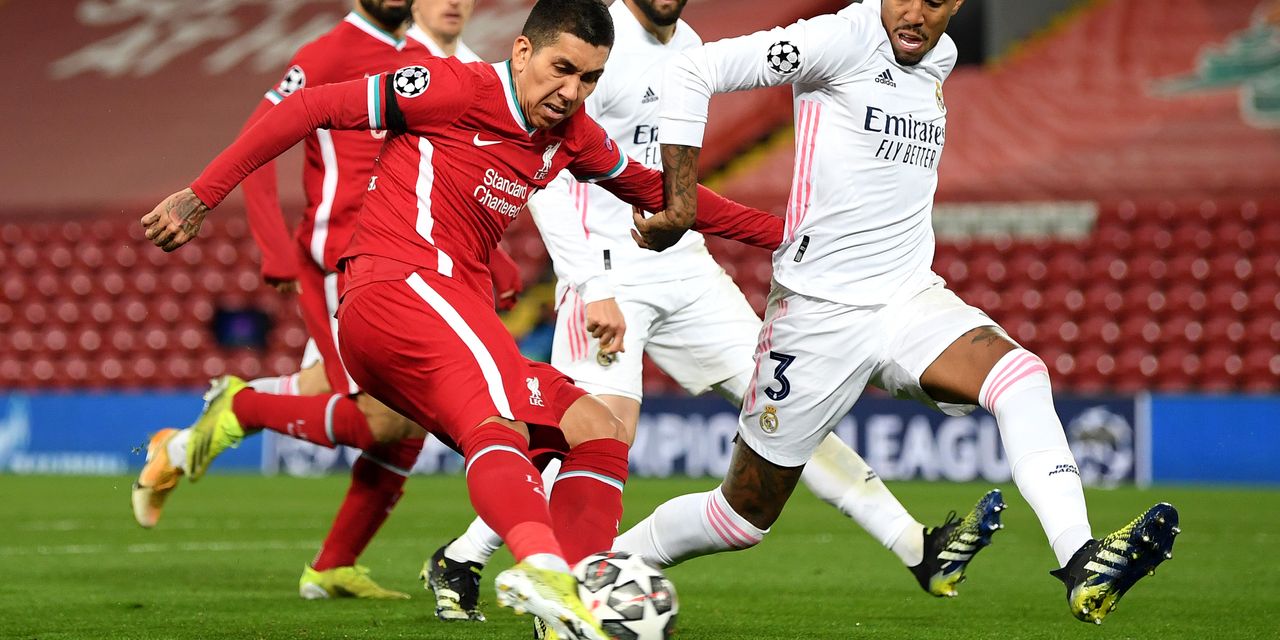 The launch of a ‘U.S.-style’ European Super League shocked the soccer world earlier this week, as 12 of the biggest clubs rebelled against the sport’s authorities.

Revenues from the largely closed league would be shared between its 15 founding clubs, while players’ salaries would also be capped, the Financial Times reported.

Prince William, U.K. Prime Minister Boris Johnson and French President Emmanuel Macron have been among the high profile figures to publicly condemn the proposals, which many have criticized as greedy and damaging to the integrity of the sport.

Johnson met with the Premier League, the Football Association and fan groups on Tuesday, and vowed “no action is off the table” to stop the new competition.

Soccer stars, even those playing for clubs involved in the new competition, former players and fans have also passionately spoken out against the idea.

The 15 founding members will be permanent members of the new league and could never be relegated, taking away an element of competition and qualification. Five other clubs will be invited each year. Teams currently qualify for pan-European tournaments through their domestic leagues.

Europe’s elite clubs have been pushing for changes to the lucrative Champions League, which generated €2 billion last season. Essentially, they want more matches against each other and a bigger slice of the pie. At the moment, UEFA, Europe’s governing body, decides how to distribute revenue generated from its competitions.

More details emerged on Tuesday of how the Super League’s business model could work, including revenue-sharing agreements and plans to cap players’ salaries, similar to top U.S. sports leagues. The clubs believe the new league could generate more than €4 billion a season, double that of the existing Champions League.

The 15 founding clubs would share 32.5% of commercial revenues with a further 32.5% shared between the competition’s 20 teams, the Financial Times reported, citing leaked documents. Once the annual tournament is completed, 20% of revenues would be given out on merit and 15% shared depending on each club’s broadcast audience.

The clubs have also reportedly agreed to limit spending on salaries and transfers to just 55% of their revenues. In comparison, some Premier League clubs spend up to 80% of revenues on player salaries.

The founding clubs would receive a combined €3.5 billion to support “infrastructure investment plans” and to offset the impact of the COVID-19 pandemic.

Soccer’s governing bodies have ramped up efforts to block the controversial new league, with UEFA threatening to ban the clubs from all other competitions. That means, for example, Arsenal, Manchester United, Liverpool, Chelsea, Manchester City and Tottenham could be kicked out of the English Premier League. The 14 remaining Premier League teams met on Tuesday and the league said they “unanimously and vigorously” rejected the plans for a European Super League.

Even the coaches of some of the breakaway clubs have criticized the plans, including Manchester City’s Pep Guardiola and Liverpool’s Jürgen Klopp.