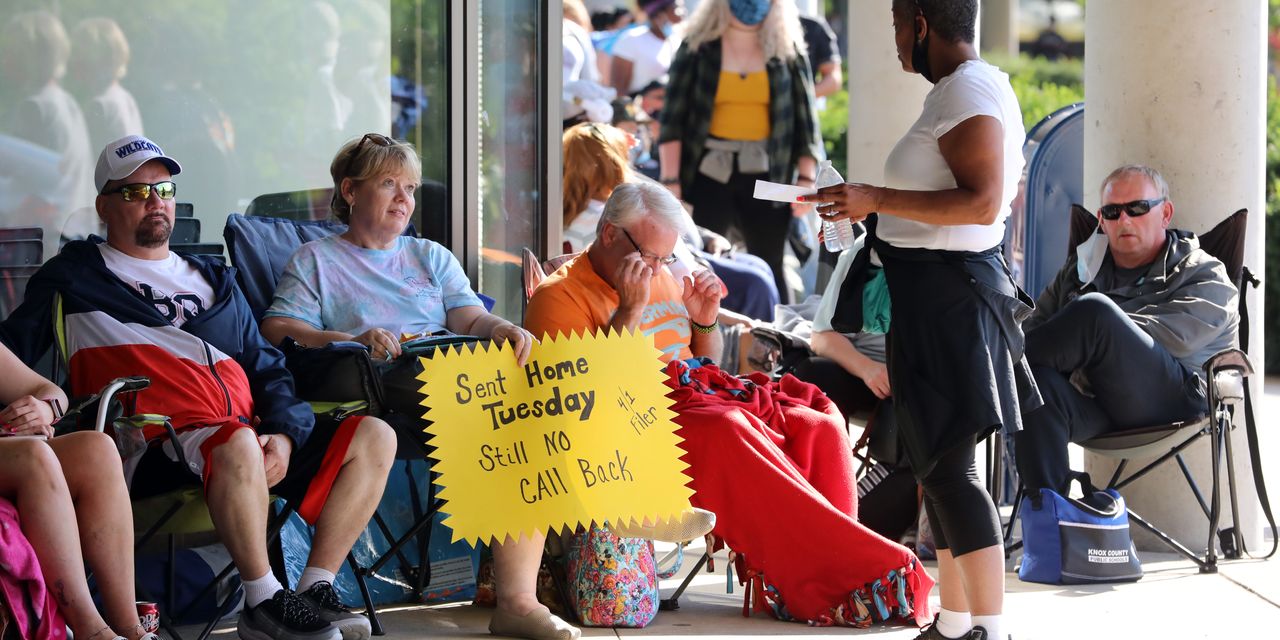 The Internal Revenue Service says it will automatically readjust tax returns and issue extra refunds for people who already filed their taxes before a valuable jobless benefit tax break came along in March.

The IRS says it doesn’t require taxpayers to send in amended returns under the circumstances. Those payments will start going out in May and taxpayers could pocket up to $2,000 due to the recalculations, according to some estimates.

But before sitting back and letting the IRS do the work, experts say some people should at least consider filing an amended return — that way, they can bring in more money they’ve suddenly become eligible for through the readjustment.

“
The American Rescue Plan said the feds would not assess income tax on the first $10,200 a person received in jobless benefits.
”

“It’s definitely worth just double checking,” said Christine Speidel, a professor and director of the Villanova University Charles Widger School of Law’s Federal Tax Clinic. In certain cases, some people could hypothetically rake in around $1,000 to $2,000 extra, based on Speidel’s calculations.

Jobless benefits are taxable income, but the $1.9 trillion American Rescue Plan contained a provision saying the feds would not assess income tax on the first $10,200 a person received in jobless benefits. The income-tax exclusion is $20,400 for a married-couple filing jointly. The exemption applies to households making under $150,000 a year.

Though the IRS said it would automatically adjust returns based on the exclusion, it said it would not tweak the returns to apply for new tax credits if the underlying return didn’t already seek those credits.

A crucial bit of extra cash

Anyone who wants to access those credits based on their newly-reduced adjusted gross income will have to file an amended income tax return, the federal tax collection agency said.

One such example is the Earned Income Tax Credit, the IRS said.

The Earned Income Tax Credit is a valuable credit that, even before the pandemic, many eligible taxpayers let go unclaimed. This tax season maximum payouts under the credit range from $538 to $6,600 depending on a person’s filing status, income and number of children.

If a taxpayer already claimed the EITC, they can breathe easy. The IRS will automatically boost the EITC payout based on the lowered adjusted gross income in the readjustment process, Speidel said.

“
How can a person know if they are in striking distance of the credit if they didn’t claim it? Start with some simple math.
”

(A taxpayer can know for sure if they have already claimed the EITC by seeing if Line 27 has been completed in their Form 1040.)

So how can a person know if they are in striking distance of the credit if they didn’t claim it? Start with some simple math, Speidel said.

From there, a taxpayer can see if they fall under the income limits to claim the EITC and determine whether to press ahead. (Remember, states may have their own rules on the tax treatment of the benefits.)

• $21,710 for married people filing jointly for people without qualifying children.

So what difference can that make? Potentially, a lot. Suppose there’s a single parent who had a $40,000 adjusted gross annual income after the readjustment and suddenly became available for the EITC as a result.

By claiming the EITC in an amended return, Speidel said the parent could bring in $277 extra if they had one qualifying child, $1,562 if they had two children or $2,302 for three or more children. That could be a critical bit of extra cash, she said.

(Here’s one EITC calculator to game out potential payouts.)

Of course, few things are simple and easy when it comes to taxes. Opting for an amended return is no different.

First of all, amending a return will in all likelihood cost money — and, Speidel said, that could match or exceed the price of an EITC payout, depending on the person’s income, filing status and kids.

The payouts can drop out fast as a taxpayer approaches the limit. If the theoretical single parent with one child now made $41,000 a year instead of $40,000 a year, they would only receive a $117 payout.

That might be a wash if there’s tax prep fees to pay. The prospect of 2020 amended returns is “a big topic of conversation among preparers,” she said.

For example, Diego Toasa, the owner of two ATAX tax preparation offices in New York City, said his average costs this year to file an amended return are around $100. In pre-pandemic times, it averaged around $150, he said.

Toasa expects some clients will amend their returns at some point to take advantage of the chance at the EITC.

But Toasa has advice: Firstly, wait to the get the check in-hand instead of quickly sending in an amended return that could possibly cross the IRS’ own internal wires. After that, determine whether it makes sense to proceed with an amended return.

Taxpayers can now file amended returns electronically — which is welcome news, considering the backlog of paper tax returns that piled up during the pandemic. The IRS was processing 7.3 million 2019 paper returns, IRS Commissioner Charles Rettig told federal lawmakers in mid-March. The agency has said electronically-filed returns are the quickest way to submit taxes.

If a taxpayer wants to amend a return electronically, Speidel said in all likelihood they’ll have to submit it via the tax software provider they used to file the initial return.

Sometimes that can trip up plans for someone seeking free tax assistance after using tax software by themselves, she noted. “That’s a fairly big barrier for our clients.”