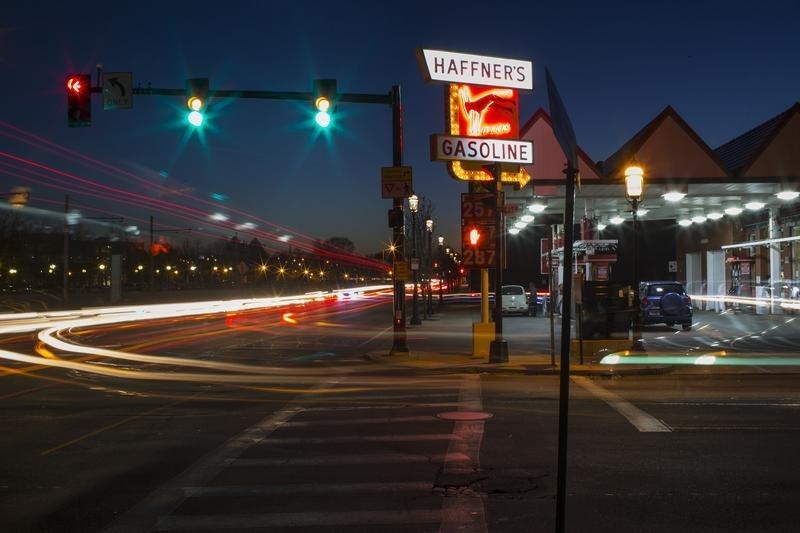 © Reuters. FILE PHOTO: The Valero refinery next to the Houston Ship Channel


HOUSTON (Reuters) – A severe cold spell in mid-February knocked out a third of U.S. oil refining capacity, according to data compiled by Reuters and Wood Mackenzie.

Six million barrels per day (bpd) of national refining capacity was out of production before refineries in Beaumont, Corpus Christi and Port Arthur, Texas, began restarting on Feb. 22.

Bt comparison, Hurricane Harvey idled a fifth of national refining capacity at the end of August 2017.

But like in a hurricane, problems inside the plants were compounded by outages of larger systems on which the refineries rely.

Problems began on the night of Feb. 14 when the 30-degree drop to 15 degrees Fahrenheit froze instrumentation needed to operate production units, said sources familiar with operations at several refineries.

Crews struggled throughout the night maintaining minimum levels of production, but on the Feb. 15 utilities failed, including industrial gas supplies, for power and steam production as well as external power, forcing complete shutdowns at many of the plants, the sources said.

Oil companies have begun describing the financial cost of the freeze.

Exxon Mobil Corp (NYSE:) said at the end of March that the shutdown of its refineries in Baytown and Beaumont, Texas, accounts for as much as a quarter of the estimated $800-million loss the company incurred in February.

The nation’s second largest refiner, Valero Energy Corp (NYSE:), said last week it will take a charge between $520 million and $535 million for higher electricity and natural gas costs in the first quarter.

Eight of Valero’s 12 U.S. refineries were shut by the storm.

Phillips 66 (NYSE:) said its loss for the first quarter could reach $865 million, but up to $210 million of that is due to a pre-tax impairment for a pipeline project.