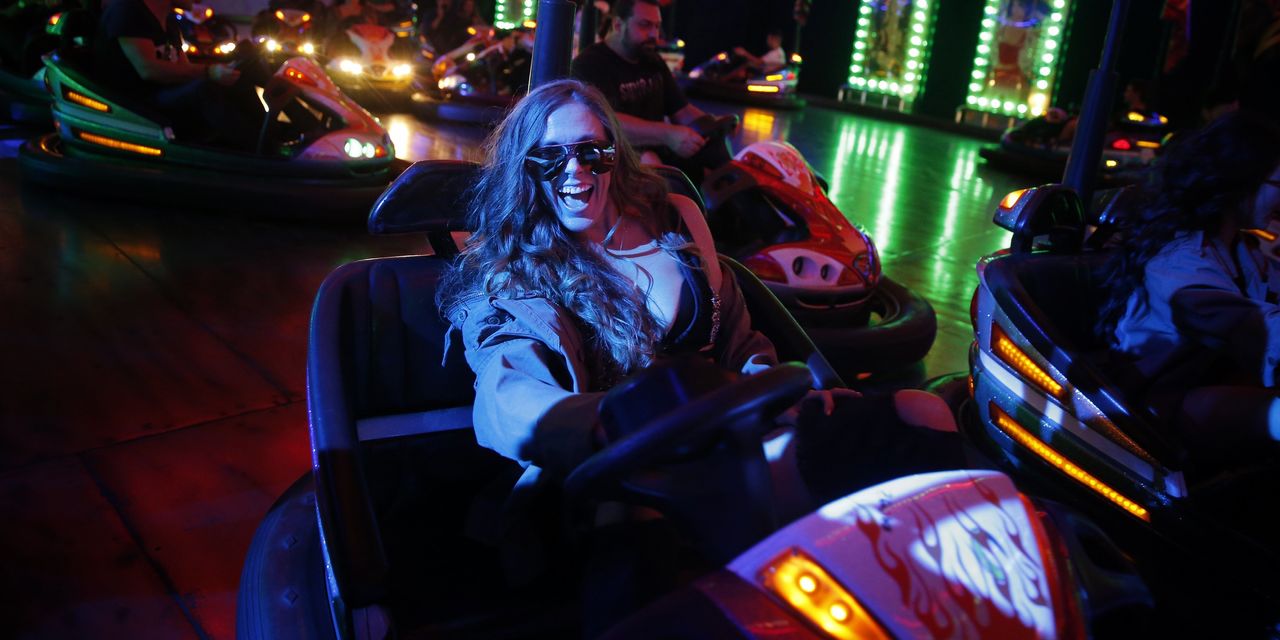 But let’s block out the noise over bitcoin, Elon Musk’s tweets, and concerns about inflation and technology-stock valuations.

Our call of the day, from strategist Jesse Felder of the Felder Report financial blog, urged investors to look to an underappreciated sector for stock-market gains: energy.

One of Felder’s mantras is to look for investing opportunities outside of major indexes. The rise of passive investing, with massive funds passively tracking stock market indexes, makes these opportunities more prevalent and attractive, he said.

According to Felder, passive investing has recently become less popular, as investors increasingly embrace variations of ESG: environmental, social, and governance investing, which measures social and environmental impact. That includes the more speculative side of the trend, like green energy stocks Ørsted
DK:ORSTED
and Plug Power
PLUG,
and electric-vehicle companies like Tesla
TSLA
and NIO
NIO.

Felder said this has resulted in portfolios that are more concentrated in popular sectors such as tech, and underweight in the traditional energy sector.

“As a result, opportunities that run counter to these trends have become even more attractive than they otherwise would have,” he said.

The momentum is now shifting. Energy has begun to outperform the rest of the stock market, including tech, and “many may be asking themselves whether this trend is sustainable.” Felder thinks it is.

Felder pointed to the chart, above, which shows historical weightings within the S&P 500
SPX
index. Energy has a smaller portion that it did two decades ago, at the beginning of its last major bull market. Tech and communications-services stocks are slightly below all-time highs notched at the peak of the dot-com bubble.

“For my money, those alligator jaws look more likely to snap shut than to open even wider,” Felder said.

Bitcoin
BTCUSD
rose on Thursday, but remains below $40,000 after crashing to near $32,000 on Wednesday. The leading digital asset was trading above $51,000 less than a week ago. Other popular cryptos, like ethereum
ETHUSD
and dogecoin
DOGEUSD,
remain depressed. Read why crypto crashed and what experts have said about a recovery.

The chief executive of ByteDance, the parent company of video social-media platform Tik Tok, will step down. Zhang Yiming — ByteDance’s co-founder — will depart from the top job by the end of 2021.

Plant-based food company Oatly is set to raise $1.43 billion in an initial public offering. Oatly, which makes a popular oat milk by the same name, has backers including talk show host Oprah Winfrey and rapper Jay-Z. Its IPO price is $17 per share, valuing it at $10 billion.

Ford
F
has unveiled an electric option of the U.S.’ top-selling vehicle: the F-150 pickup truck. With a starting price near $40,000, the big bet on consumers shifting away from internal-combustion engines represents “a watershed moment,” said the car maker’s chief executive.

NASDAQ 100 FUTURES
are pointing down, set to continue declines.

CN:SHCOMP
were more mixed, with some equity indexes rebounding, but not as much as they fell on Wednesday.

The Canadian housing market is off its foundations. Our chart of the day, courtesy of Wolf Richter at the Wolf Street financial blog, illustrates the largest housing and mortgage bubble in the country’s history. The Teranet-National Bank House Price Index shows how Toronto-area home prices in April spiked 3% month-over-month, and 12.3% year-over-year, having almost tripled in the last 15 years.

Canada’s housing market is so hot that even prosaic central bankers are using fiery language. In March, the Bank of Canada used the phrase “moral hazard” when it began unwinding its liquidity facilities. In April it became the first major central bank to taper COVID-19 pandemic-era bond purchases amid “signs of extrapolative expectations and speculative behavior” in the housing market.

Gold wallpaper in U.K. Prime Minister Boris Johnson’s apartment — already subject to scrutiny over a costly refurbishment — costs nearly $1,200 a roll. And it won’t stick to the walls.

Need to Know starts early and is updated until the opening bell, but sign up here to get it delivered once to your email box. The emailed version will be sent out at about 7:30 a.m. Eastern.

Want more for the day ahead? Sign up for The Barron’s Daily, a morning briefing for investors, including exclusive commentary from Barron’s and MarketWatch writers.

Australian Senator Says Cryptocurrency Is Not a Fad — Government Won’t...
Scroll to top