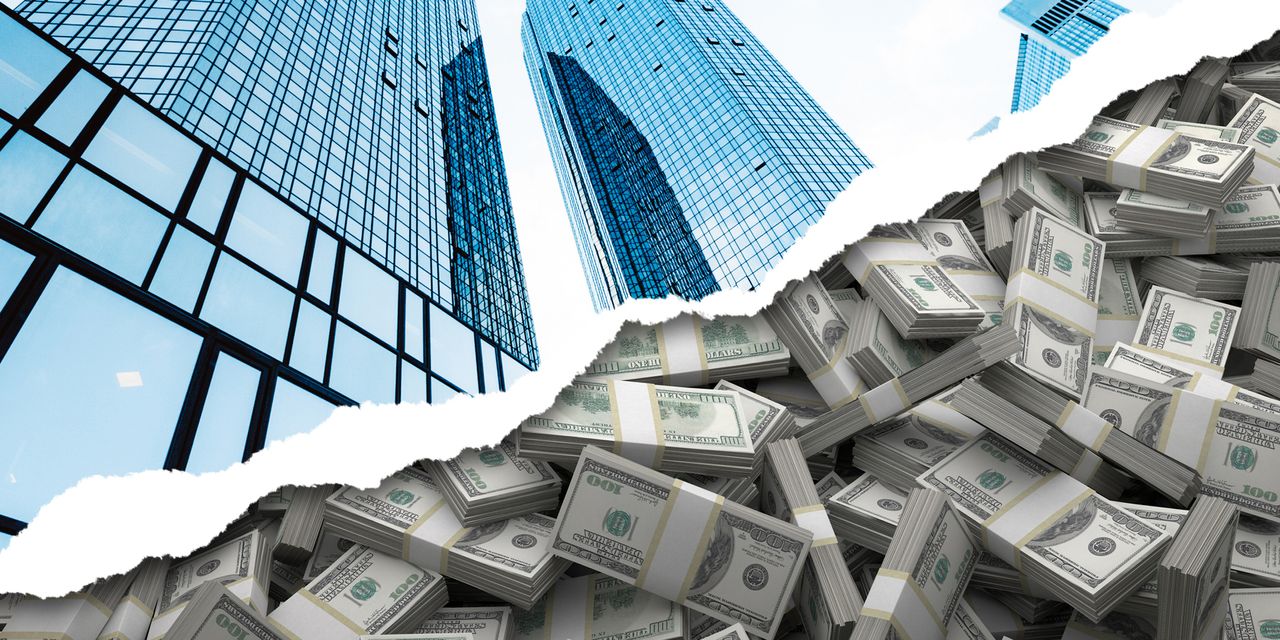 U.S. corporations ranging from financial powerhouses to technology titans also have been stockpiling cash as a ballast against the COVID-19 storm.

Investment-grade companies ended 2020 with median cash and cash equivalents near 33.3% of their liabilities, according to a new S&P Global report, using the latest data on companies it rates. That was slightly below the median pandemic cash peak of 34.3%, but still far higher than the 19.3% cash levels seen at the end of 2019, before the world went into crisis mode.

Now, with the U.S. vaccination effort intensifying and the economic recovery hitting a higher gear, big companies increasingly are expected to dip into their cash hoards to fund stock buybacks.

“Companies have a lot of cash,” said Michael Arone, State Street’s chief investment strategist. “And if you think about how they can use this cash, share buybacks can be attractive in an uncertain environment.”

To that end, Arone expects stock buybacks to increase 30% in 2021 from last’s year’s depressed levels, but still remain about 24% below the 2018 peak of about $800 billion in annual share buybacks.

companies since the lows of last year. It also shows the fresh surge in global mergers and acquisitions.

Arone said buybacks can be a “fairly conservative” option for companies looking to spend cash, while also looking to balance anxieties about potentially higher corporate borrowing costs and taxes.

Corporate taxes may increase to 28% from 21% under President Biden’s $2.3 trillion infrastructure plan, which big businesses already have begun to push back against.

“The cons would be that corporate executives are not using the excess cash to reinvest back in their business,” he said, adding that repurchases also can mean less spending on research and development, as well as mergers and acquisitions that can help businesses grow or gain an edge against competitors.

The below from S&P Global illustrate how today’s higher corporate cash levels stack up with the past, but also highlight how much investment-grade companies are holding versus their speculative-grade counterparts. Cash levels also have been broken down by industry, including for information technology, communications and financial companies.

shares jolted higher this week after it reported first-quarter profit that more than doubled expectations on Thursday and announced a $25 billion shock repurchase program.

and S&P 500 index to fresh all-time highs this week. On the flip side, share buybacks also can be criticized when they come as stocks trade at historically expensive prices.

JP Morgan Chase & Co.‘s JPM board authorized a $30 billion share buyback program in December, with a first-quarter expected target, right after the Federal Reserve in December loosened its ban on big bank stock buybacks during the pandemic.

The halt was put in place last June to help ensure the banking sector had enough capital on hand to function through the coronavirus crisis. The rollback allows buybacks, as long as the aggregate amount of the repurchases and dividends don’t exceed the average of net income for the four proceeding quarters.

Debt investors, in particular, often prefer companies holding cash to pay down existing debts, before buying back stock or funding dividends. Big companies borrowed trillions in the U.S. corporate bond market last year to build up cash buffers and help fund their operations through the crisis. The pace of debt issuance since has slowed, but remains robust this year as corporate executives look to potentially avoid paying more to borrow later, as interest rates climb.

Read: Bank of America tops charts with $15 billion bond deal, the biggest ever from a bank

Corporate bonds pay investors a spread, or premium, over risk-free Treasurys. Rates volatility can lead to higher, or unpredictable, borrowing conditions and headaches for corporate executives trying to map out a longer-term path for a company.

While the Federal Reserve has repeatedly promised to keep its shorter-term interest rates near zero until the economy has fully healed from the pandemic, the 10-year Treasury yield
BX:TMUBMUSD10Y
TMUBMUSD10Y has increased about one percentage point from its low back in August.

Companies also might look to borrow in the bond market before any corporate tax changes take hold.

“The U.S. Federal government debate regarding corporate and individual tax increases has begun to heat up as the first quarter ended,” wrote Nicholas Elfner, co-head of research at Breckinridge Capital Advisors in a second-quarter outlook.

“While any changes in tax rates are difficult to predict at this point, the potential of a boost in the corporate tax rate cannot be discounted. Over the longer term, projected earnings growth could be tempered by a tax increase.”

Also Read: Stock buybacks have totaled $5.3 trillion over the past decade — has that contributed to U.S. pandemic failures?