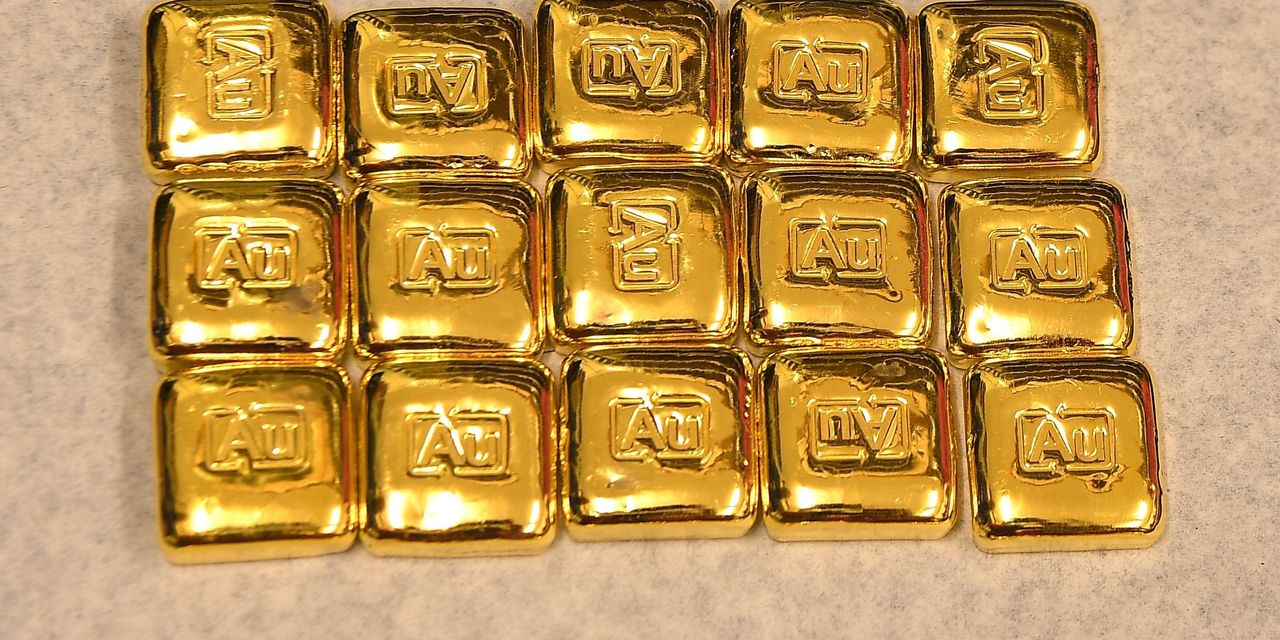 Gold futures ended higher on Wednesday, with prices recovering recent losses that dragged prices to a more than three-week low, but the precious metal still suffered its biggest quarterly loss since the fourth quarter of 2016.

On a technical basis, the “death cross” chart pattern seen in February, when the 50-day moving average crossed below the 200-day moving average, “exacerbated the sell-off through March, as gold attempts to find new support levels.”

Prices based on the most-active contract saw a monthly loss of 0.8%, according to Dow Jones Market Data. For the quarter, it was down 9.5% — the largest quarterly percentage loss since the fourth quarter of 2016.

Some of the losses for gold this year have been attributed to rising interest in bitcoin, which some analysts said lured investors away from bullion.

However, Hanna, who’s also senior portfolio manager at Flexible Plan Investments, said gold “maintained a nearly zero correlation to bitcoin during the first quarter, minimizing concerns that investors are fleeing gold in favor of bitcoin as an alternative inflation hedge.”

“We expect the near-term price of gold to be heavily influenced by investor sensitivity to inflation data and market volatility,” he said.

On Wednesday, gold prices were up as investors parsed U.S. private-sector employment data, ahead of a key jobs report due later this week. Commodity investors also await details on an infrastructure plan from President Joe Biden, which could deliver another boost to the pandemic-stricken U.S. economy.

A private-sector report from ADP, ahead of the closely followed Labor Department data due on Friday, showed that the U.S. added 517,000 jobs in March, marking the biggest gain in six months as a decline in coronavirus cases allowed more businesses to reopen or expand hours.

The private-sector report delivers further evidence of a strengthening U.S. economy that is being powered by a massive $1.9 trillion federal aid package and rollout of COVID vaccines.

Of course, “what really matters the most” is the nonfarm payrolls data due on Good Friday, said Naeem Aslam, chief market analyst at AvaTrade, adding that bad economic news would mean no hawkish monetary stance, which can provide support for gold.

Looking ahead, Biden is slated to announce the first part of his “Build Back Better” plan in Pittsburgh later Wednesday, which will detail a $2 trillion or more in spending on infrastructure. The higher levels of government spending, combined with the Federal Reserve’s easy-money policy, could spur inflation and undermine the U.S. dollar.

Precious metals have slumped as the dollar has strengthened, with the ICE U.S. Dollar Index
DXY,
,
up 2.5% in March and 3.5% in the first quarter. A stronger dollar can make dollar-price assets comparatively more expensive to overseas buyers.

Rising bond yields also have been a headwind for metals, which have benefited from haven flows during the pandemic, with the 10-year Treasury note
TMUBMUSD10Y,

hitting a 14-month high above 1.76% in recent trade. Precious metals don’t offer a coupon like bonds.

Rounding out action on Comex Wednesday, May copper
HGK21,

Apple adds two brand new Siri voices and will no longer default to a female...

Grab an opportunity to pitch in front of global influencers at TC Disrupt 2021...
Scroll to top