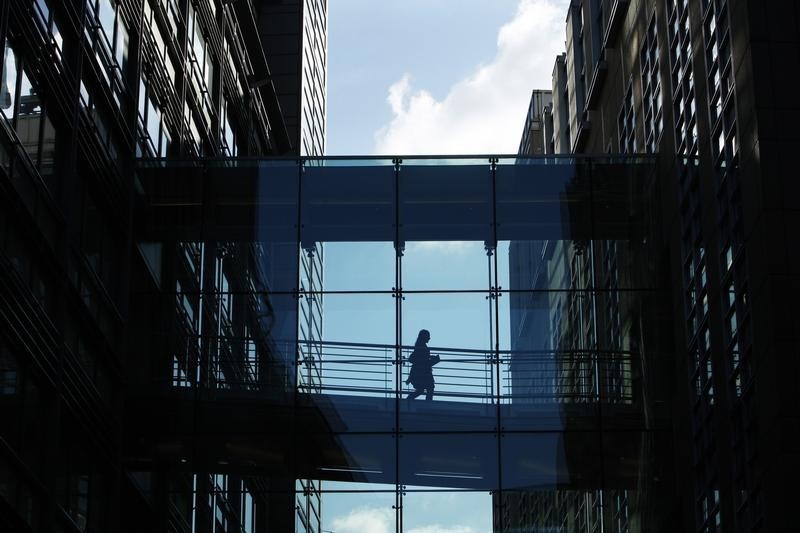 © Reuters. FILE PHOTO: The Goldman Sachs company logo is seen in the company’s space on the floor of the NYSE in New York

Overall investment banking revenue rose 73% to $3.77 billion, its highest since 2010, while equities trading surged 68% as a jump in trading by ordinary investors fed stock market volatility.

Global investment banking fee hit an all-time record of $39.4 billion during the March quarter, according to Refinitiv data.

Goldman also comfortably held on to its top ranking on the league tables for worldwide M&A advisory. The league tables by Refinitiv rank financial services firms on the amount of M&A fees they generate.

An unprecedented boom in private firms merging with listed shell companies to go public has helped the Wall Street giant earn handsome fees from such deals.

The massive 47% jump in trading revenue was in line with the broader gains for trading desks across Wall Street and was a result of the volatility generated by a surge in retail trading of “meme stocks” like GameStop (NYSE:).

The bank also benefited from favorable comparisons to last year when it set aside more funds to cover potential corporate loan losses due to the pandemic and took markdowns to some assets.

Earnings per share rose to $18.60 from $3.11 a year earlier. Analysts on average had expected a profit of $10.22 per share, according to the IBES estimate from Refinitiv.

Goldman had said in March that its losses from a fire sale of stocks triggered by a meltdown of New York investment fund Archegos were immaterial.

Unlike rivals such as JPMorgan (NYSE:) and Bank of America (NYSE:), Goldman has a relatively smaller consumer business, which has limited its exposure to loan defaults and allowed it to focus on its core strength in investment banking and trading.