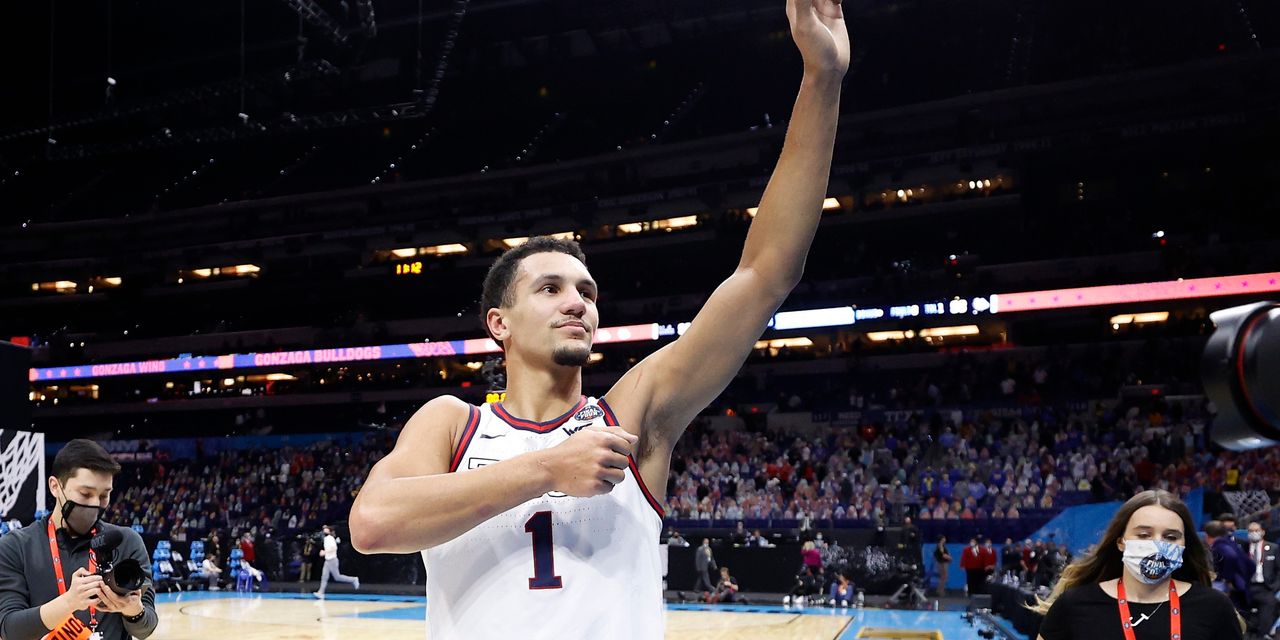 Gonzaga star freshman Jalen Suggs banked in a shot from nearly half-court on Saturday to advance his team to the NCAA men’s National Championship game against Baylor.

Suggs, a second-team All-American guard, is expected to be one of the top picks in the upcoming NBA draft. While Suggs has put the college basketball world on notice, he was also a highly touted football player.

While playing high school sports in Minnesota, Suggs was Minnesota’s Mr. Basketball and Mr. Football, an award for the best high school athlete in the state. Suggs, a quarterback, had offers from major collegiate football programs like Ohio State, Minnesota and Georgia.

“He was one of the best natural football players I’ve ever watched live,” University of Minnesota football coach P.J. Fleck said. “He was truly a man amongst boys. He could do whatever he wanted. I think of the phrase ‘at will.’ Anything he wanted it was all ‘at will.’ It looked so easy. I’ve never really seen that.”

If Suggs had chosen to focus on football instead of basketball, would that have been a more lucrative decision?

We’ll never know for sure, of course, but the latest NBA mock draft from Bleacher Report’s Jonathan Wasserman has Jalen Suggs being picked at the No. 3 spot, which would earn him a rookie contract of $35.6 million over four years. Suggs would then have an opportunity to get a second contract if he performs well enough.

If Suggs had accepted a football scholarship offer from Ohio State and performed incredibly well, he might have been in a similar situation to current Ohio State University quarterback Justin Fields.

Fields directed the high-powered Buckeye offense this past season and is projected to be drafted at the No. 3 spot in the upcoming 2021 NFL Draft by ESPN. The estimated contract value of a draft pick in that slot would be $32.2 million, according to Spotrac.

In what would basically be a best-case scenario for Suggs’s college football career, the immediate rookie-contract earnings are still $3.4 million higher in the NBA.

This is an extremely speculative comparison due to the uncertainty surrounding Suggs’s hypothetical college football career, but even if things went well for Suggs as a football player, it appears as though there is still more money to be made as an NBA player.

And this does not take into account future contracts that athletes in these sports can earn.

A Jalen Suggs tweet from 2018 resurfaced where he mentions his excitement about being offered a scholarship from Ohio State.

Despite his heroics Saturday, Suggs ended his season with a crushing loss, as Baylor demolished previously undefeated Gonzaga, 86-70, to win the NCAA championship on Monday.

Lawmakers press Instagram for details on its plans for kids – TechCrunch