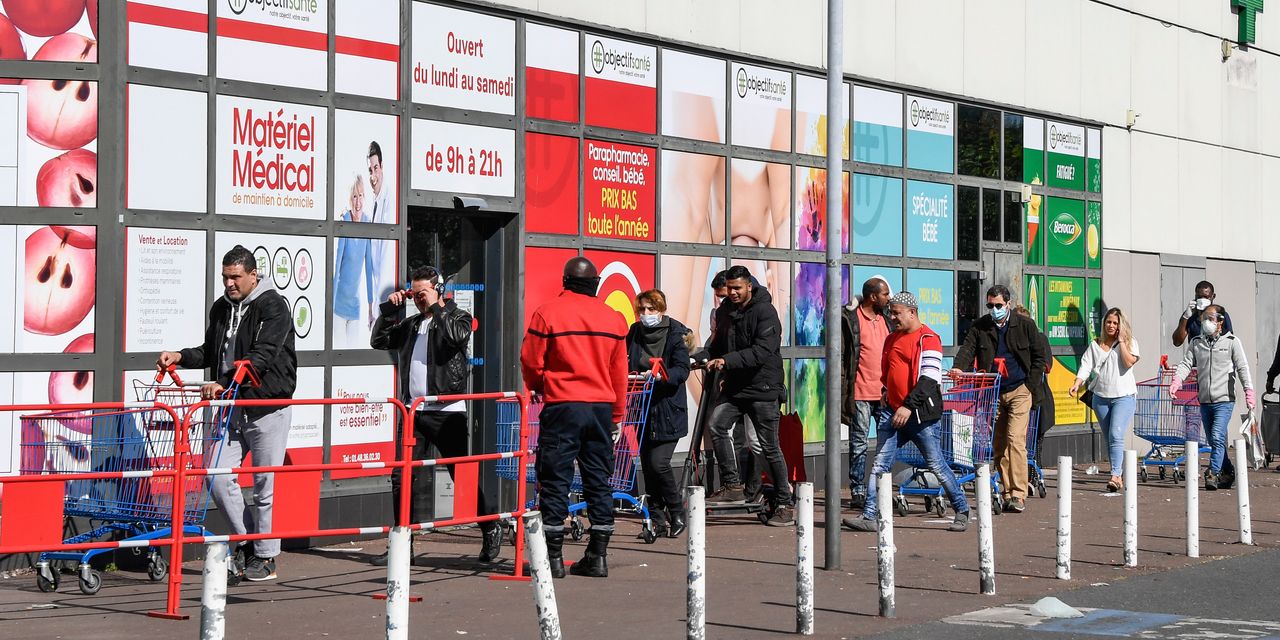 Canadian convenience store operator Couche Tard won’t acquire French retail giant Carrefour, as could have been predicted just hours after the two groups announced they had engaged in “friendly” talks: The writing was on the wall as soon as French economy and finance minister Bruno Le Maire said he wasn’t in favor of the deal. You don’t buy France’s largest private-sector employer without the green light of the French government. That was true before the COVID-19 pandemic, and it has become even truer afterward.

After a bounce due to the 30%-plus premium the Canadian group said it was willing to pay for the French group for a total of more than €16 billion ($19.5 billion), the Carrefour
CA,

share has fallen back to the €15 it has hovered around for most of the last year, trailing its peers. Investors will now have to wait for the patient efforts of Chief Executive Alexandre Bompard to bear fruits at last. The stock is down 25% since he took over in July 2017 — when it was ironically trading at the price that Alimentation Couche Tard
ATD.B,

None of the reasons Le Maire has advanced for opposing the deal sound serious — certainly not the argument that France’s “food security” would be threatened if a foreign company took over a retailer like Carrefour, which may be one of the oldest and best-known retail brands in France but still only accounts for only 20% of a competitive domestic market.

But the quick, open-and-shut Carrefour story holds many lessons for foreign groups looking to expand in Europe in the next few years — and this goes well beyond France and its traditional mistrust of foreign takeovers (which, by the way, has suffered many major exceptions in the past). Here are the three things non-European Union bidders should keep in mind when considering a bid.

1 – Now is not the time to mess with governments

Dozens of billions of taxpayers’ euros (and pounds) have been spent to support the economy through the never-ending COVID-19 crisis. Hundreds of companies big or small have been rescued, through direct grants or debt delay or forgiveness. And policy makers are trying to understand what went wrong in the world’s supply chains, and what changes they should encourage to brace against possible disruptions in the future. Mistakes have been made and mistakes will be made. But don’t expect government officials to make quick decisions on the fate of their countries’ respective businesses.

That applies whether or not government own stakes in the companies being bid for, and whether or not they have sound legal grounds for meddling. Any government, anywhere, can find ways to oppose a takeover it doesn’t like.

The lesson here for foreign bidders: Check that the political road is clear well in advance.

However friendly your bid, the announcement will make you look like the big bad rich wolf pouncing on a local weakling. If you’re eyeing a rival group’s assets, get a European company to bid with you, and if possible focus on the foreign assets you would like to acquire. Don’t bother promising to never ever slash jobs in order to achieve your synergies. You won’t be believed anyway: Governments know that those promises are only taken seriously by the fools who believe in them.

3 – Promise you will build a “champion.”

This doesn’t always work, but it is a prerequisite. Private-equity firm Ardian intervened on Monday in the long-running (French, again) dispute on the fate of utility Veolia
VIE,
,
together with the New-York based Global Infrastructure Partners, to offer the utility’s shareholders the same price for their stock as rival Suez
SEV,

had done three months ago. In their release, Ardian and GIP insist that they are jumping in to “support a quick, friendly and positive solution that strengthens the two great French champions of environmental services.”

Some governments will even take comfort in that type of rhetoric. But even if they don’t, it never hurts to slip in those words (bonus for describing your bid as “friendly,” that goes without saying).

Even following those pieces of advice might not be enough, and the pressure of big amounts of money to spend, negative real interest rates and distressed European corporates might prove hard to resist. But in the next few months, foreign bidders should also be aware of the rising political obstacles to their opportunistic ambitions.