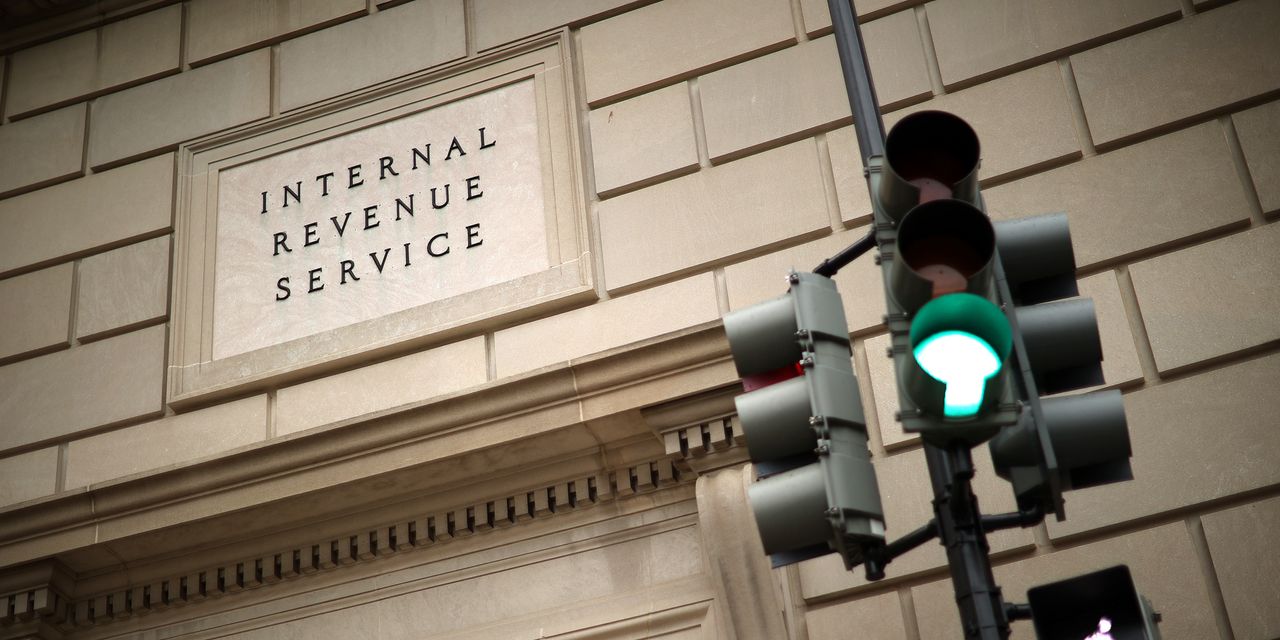 The federal government is on track to continue a spending spree that’s injected trillions of dollars into the economy, but investors may soon be bracing for the T-word.

Taxes, specifically corporate tax hikes, are likely to work their way on to the radar screen as President Joe Biden prepares what’s expected to be a multitrillion dollar package of infrastructure spending.

So is it time for stock-market investors to head for the hills? Not quite.

In fact, it might be difficult to discern the impact of tax-hike worries because the potential impact “will look somewhat similar to the cyclical reflation we see right now,” said Lauren Goodwin, economist and portfolio strategist at New York Life Investments, in an interview. She was referring to the rotation away from previously high-flying growth stocks toward more economically sensitive cyclical stocks.

Growth stocks — shares of companies whose revenue and earnings are expected to grow faster than their peers — are seen as the most vulnerable to rising tax rates. Growth stocks, which soared through much of the pandemic, are feeling pressure from rising bond yields, which make it more difficult for investors to justify their lofty valuations.

The past week saw the tech-heavy Nasdaq Composite
COMP,

saw a weekly rise of 1.57%, while the Dow Jones Industrial Average
DJIA,

So what’s on the table? A partial unwinding of the 2017 corporate tax cut, which lowered the rate from 35% to 21%, is seen as the most likely outcome. A rise in the top personal income tax rate and an overhaul of the estate tax are also potential candidates. More ambitious measures on Democrats’ wish list include a wealth tax and a hike in the capital gains tax rate.

Read: Biden may propose $1 trillion in new taxes, says a former aide — and here’s how Congress will react

A 28% tax rate would clip corporate earnings by 9% in 2022, estimated equity analysts led by David Kostin at Goldman Sachs, in a March 19 research note.

Goldman’s economists, however, expect Congress to pass a smaller increase, Kostin and company noted. The analysts, therefore, look for a hike in the corporate tax rate to 25%, which they estimate would result in a 3% drag on earnings. A bigger hike, or the passage of other measures like an increase in the tax rate on foreign income are a downside risk to that estimate, they said.

David Lefkowitz, head of equities Americas at UBS Financial Services, undertook a similar exercise. He also penciled in a corporate tax rate of 25%, which he estimated would be a 4% drag on 2022 earnings.

“This is embedded in our expectations for 13% growth in S&P 500 [earnings per share] in 2022,” he said in a Thursday note. “If the corporate tax rate remains unchanged, earnings could grow closer to 17%. Higher corporate taxes could be a modest drag on equity markets, but U.S. companies should still produce healthy profit growth.”

Investors should also bear in mind that tax increases will be used to at least partially pay for infrastructure spending, “which would tend to boost economic growth and
offset some of the drag from higher taxes,” he said.

A breakdown of the potential earnings impact underlines the bigger threat posed to more growth-oriented sectors. According to Goldman’s analysis, the communications services and tech sectors face the biggest hit to earnings from increases in the corporate tax rate and the tax on foreign income, while the more cyclically oriented industrials, energy and materials sector are at the bottom. The picture changes, however, depending on the mix (see chart below).

Speculation around the Biden administration’s infrastructure plan is building. News reports in the past week said officials are putting together an infrastructure and economic package that could cost as much as $3 trillion. The Wall Street Journal reported that House Speaker Nancy Pelosi, D-California, earlier this month said raising the corporate tax rate and increasing taxes on capital gains were possible options. A rise in the top personal income tax rate have also been discussed, reports said.

Biden is expected to offer more details when he delivers a speech on infrastructure plans in Pittsburgh on Wednesday.

A hike in the tax rate on capital gains, while meaningful to investors’ own tax bills, is unlikely to be a lasting market mover, analysts said.

Moreover, tax changes of all stripes can present opportunities for investors, Goodwin said.

Skilled managers could already begin assessing which companies would be affected most by changes in the tax code, allowing them to shift portfolio positions. Tax increases could also prompt some companies to announce special dividends, which would give nimble investors and opportunity to lock in increased income, she said.

Goodwin recalled that in the year following President Barack Obama’s 2012 re-election, around 20 companies announced special dividends in anticipation of a tax hike that never materialized.

“Taxes are something to keep a cool head about” while considering the alpha generating opportunities that changes can provide, she said.

In addition to Biden’s infrastructure pitch, investors will next week be watching economic data for signs the vaccine rollouts and $1,400 COVID-19 relief checks are starting to fuel a broader recovery.

Highlights on the U.S. economic calendar include the Institute for Supply Management’s March manufacturing index on Thursday, while the main event will be the March jobs report on Friday from the U.S. Labor Department.

Voice games are giving kids a break from screen time