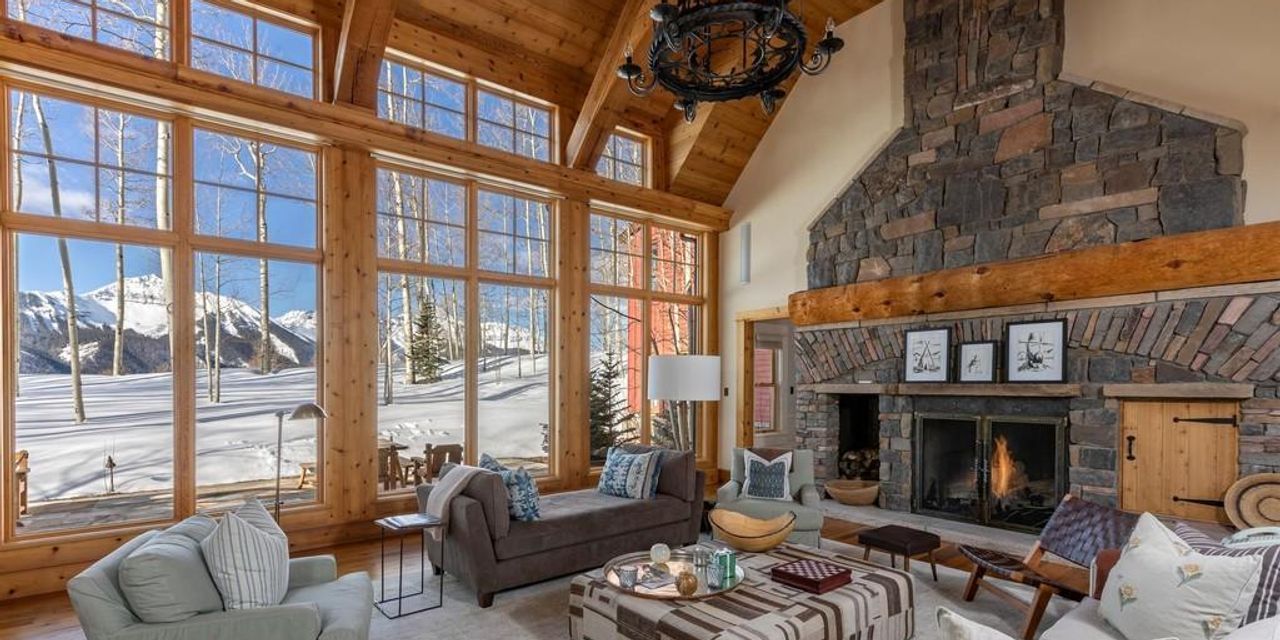 Here’s a way to be master of your domain: Snap up comedian Jerry Seinfeld’s domicile in Telluride, CO. The funnyman and his wife, the cookbook author Jessica Seinfeld, are asking a serious $14,950,000 for the 27-acre retreat. A separate, four-bedroom guesthouse adjoining the property is also available for $2.77 million, Mansion Global reports.

The couple bought the ski getaway in 2007 for $7.55 million. So if the property sells close to ask, yada yada yada, the comedian stands to double his money.

The expansive estate has been up for sale before. The homeowners tested the real estate waters in 2011, with a price tag of $18.3 million, but changed course and took it off the market within a few months, according to Architectural Digest.

The 12,260-square-foot rustic lodge includes 11 bedrooms, 11 full bathrooms, and three half-bathrooms. You can even enjoy the star’s taste: Much of the home’s furnishings come with the sale, the listing details note.

Built in 1991, and nestled into the parklike acres within a private enclave, the welcoming residence offers a perfect vacation spot for family and friends.

Designed by the Aspen-based architectural firm Lipkin-Warner, the buildings are a grouping of Western ranch structures, and have been reimagined and expanded over the last decade.

A vaulted great room comes with a stone-surround fireplace, and offers spectacular mountain views from the floor-to-ceiling windows.

The updated kitchen includes wood counters, a wood-topped island with seating, a subway-tile backsplash, and a farmhouse sink. The copious numbers of cabinets offer plenty of space for all your cereal boxes.

The counter space boasts quite the coffee maker, and the space adjoins both a casual eating area by the windows, as well as a dinner table.

For cozy winter days, while away the time with a book in the wood-paneled library with built-ins lined with tomes. Or head to the game room, gym, or yoga room for indoor distraction. The property also includes a four-car garage.

Outdoors, the location, which is close to Telluride Ski Resort, offers outdoor spaces and manicured grounds that lead to a well-maintained trail system and a creek.

Seinfeld isn’t the only celeb selling in the area. The star of “Mission Impossible,” Tom Cruise, also placed his massive, 320-acre Telluride ranch with a custom, 10,000-square-foot home on the market for $39.5 million. Listed earlier in March, that property looks as if it’s already found a buyer.

The 66-year-old New Yorker dominated the TV lineup in the 1990s with his long-running sitcom “Seinfeld,” which ran from 1989 until 1998. He later returned to stand-up, and can be seen on specials for Netflix and HBO. He also created an interview series involving his obsessions—cars and coffee—titled “Comedians in Cars Getting Coffee.”

This story originally appears on realtor.com