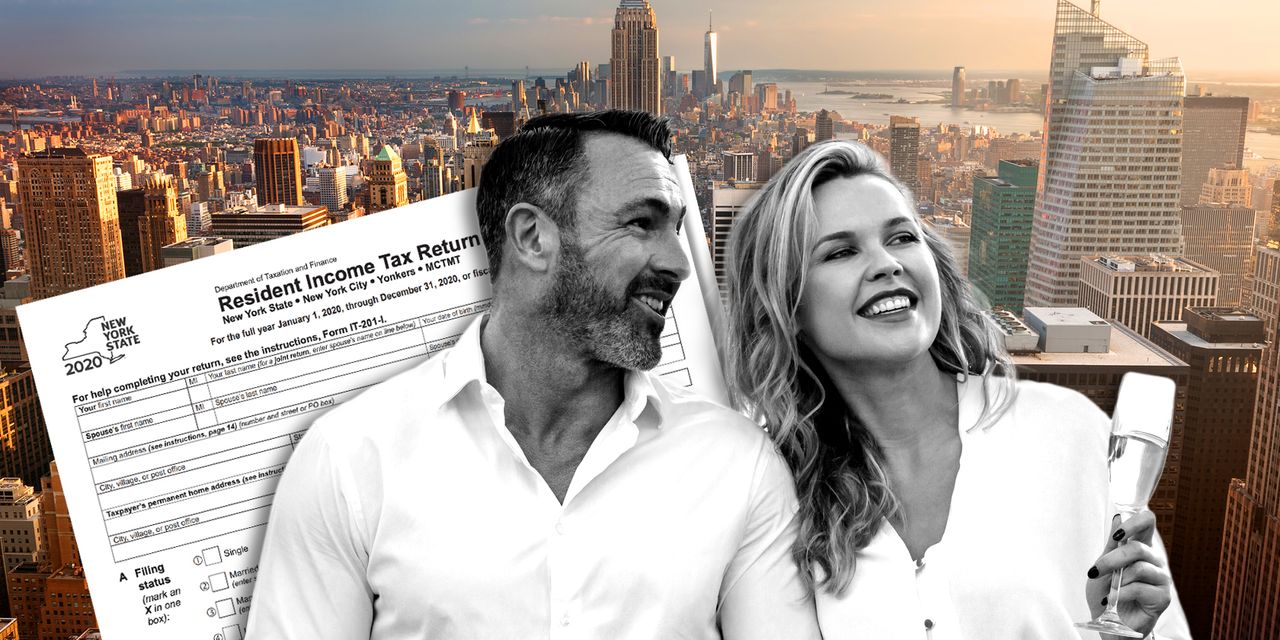 Aside from being loaded, what do people like Michael Bloomberg, Julia Koch and Leonard Lauder have in common?

into a cosmetics giant are all staring at New York State tax hikes that could make them pay the highest personal income tax rate in the country.

At a time when more lawmakers in state and federal governments are eyeing tax hikes, A-listers like this trio are ultra-upscale examples of the exclusive club that’s on the receiving end of Gov. Andrew Cuomo’s proposed rate increases.

The so-called millionaire’s tax will likely hit nearly 123,000 New Yorkers across the state. But numbers of millionaires set to pay higher taxes dwindle when looking at super-rich residents of New York City.

An estimated 15,165 city taxpayers are heading for a tax hike, based on 2019 tax return data from New York City’s Independent Budget Office. Of those, 529 city households would pay the top rate destined for those making above $25 million a year. That crowd could fit in one of Carnegie Hall’s small 599-seat recital spaces .

Bloomberg ranks 20 on Forbes’ recently-released billionaire’s list with a $59 billion net worth. Koch, the widow of David H. Koch, is worth $46.4 billion and tied for 27 with Charles Koch, David’s surviving brother. Leonard Lauder, chairman emeritus at Estée Lauder Companies, has a $25.5 billion net worth and ranks 64.

Forbes lists New York City as the residence for the three — spokespeople for whom did not respond to request for comment — and many others on the billionaires list.

The state budget, now awaiting Governor Andrew Cuomo’s signature, makes grim reading for the super rich. The additional taxes will generate $2.8 billion in the upcoming year and $3.3 billion the next year, according to Cuomo’s office.

New York City already assesses a 3.88% top rate. The combined city and state rate for any of the three high-end income bands surpasses California’s 13.3% top rate. And don’t forget the 37% federal rate for top earners making at least $518,400 a year, or $622,050 for married couples filing jointly.

In a state with 10.8 million part-time and non-resident 2018 tax returns, New Yorkers who make at least $1 million a year are a rarified group, state figures show. All together, 122,990 filers with a $18.9 tax tab constituted just over 38% of 2019 tax liability, according to the estimates.

Some 55,215 New York State residents make at least $1 million, according to estimates from the New York State Comptroller’s Office. Their combined tax bill accounted for 31.1% of the state’s 2019 tax liability, the office’s data said.

Another 67,775 part-time and non-residents making at least $1 million accounted for an additional 7.1% of the 2019 tax liability.

The question also remains: How many people will stick around to pay? This, after all, comes at a time when the pandemic has made remote work much more feasible for millions of Americans.

Former President Donald Trump moved his permanent residence to Palm Beach, Fla., and in 2019 said he had been “treated very badly by the political leaders of both the city and state” of New York. “Few have been treated worse,” he said, through he added New York “will always have a special place in my heart!”

(Florida , along with Alaska, Nevada, South Dakota, Texas, Washington and Wyoming do not have a state income tax. New Hampshire and Tennessee only tax investment income.)

In his annual shareholder letter Wednesday, JPMorgan Chase & Co
JPM,
.
Chairman and CEO Jamie Dimon noted the prospect of more taxes for people at the top. “The wealthy should keep in mind that if tax monies improve our society and our economy, those same individuals will be, in effect, among the main beneficiaries,” he wrote.

Hardware is still hard in the Motor City – TechCrunch

What Are They and When To Use The
Scroll to top