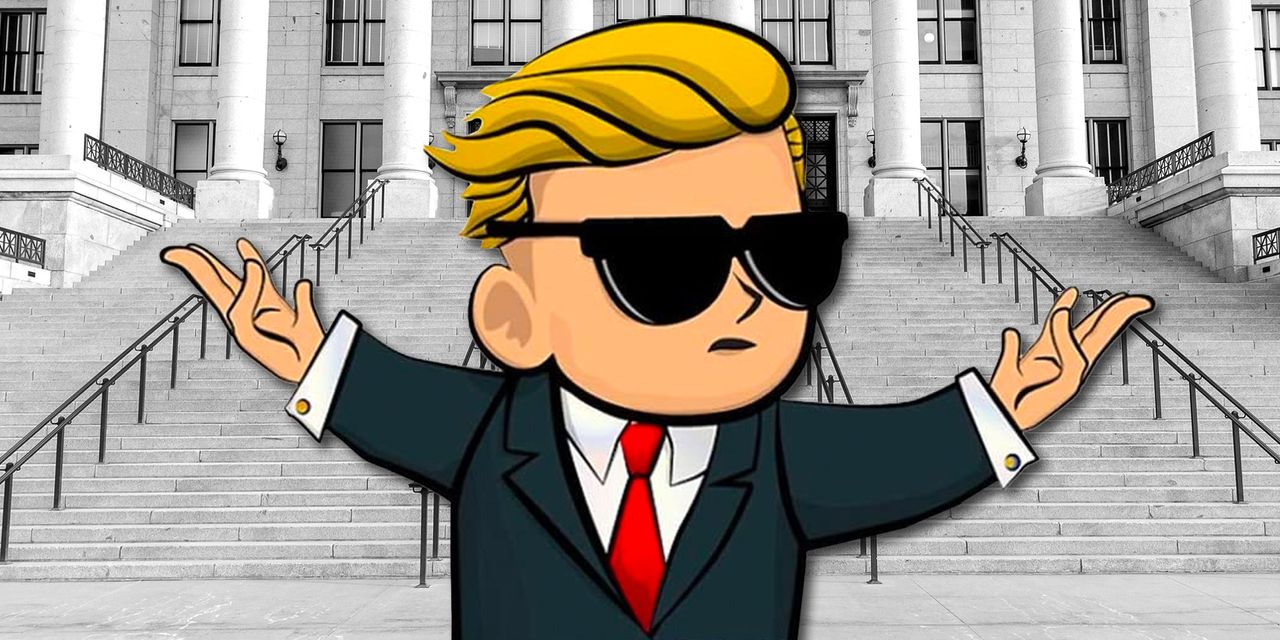 When Robinhood suddenly set buying restrictions at the height of the GameStop trading frenzy in the early months of 2021, users reacted with fury.

Now, the legal journey begins in earnest on Monday for those angry investors.

April 19 marked the initial court date following a judicial panel’s decision to bunch together nearly 40 lawsuits — and possibly more — in front of one Miami federal judge who will handle the “multi-district litigation.” The Zoom
ZM,

call had nearly 140 lawyers and other attendees listening, according to the count from one court staff assisting with logistics.

But there is one big snag: If these plaintiffs think investment decisions are complicated and don’t like sluggish responses to their decisions, well, experts say, they ain’t seen nothin’ yet.

“
‘The complexity of the issues alone suggest we are looking at years.’
”


— Sergio Campos, a professor at the University of Miami School of Law who teaches civil procedure and complex litigation


“Even though all of this is designed to expedite proceedings, this still takes forever. These cases drag on for years,” said Sergio Campos, a professor at the University of Miami School of Law who teaches civil procedure and complex litigation. “The complexity of the issues alone suggest we are looking at years.”

The January and February trading spree — fueled, at least in part, by members of Reddit’s WallStreetBets forum — gave a massive price boost to heavily-shorted stocks like GameStop
GME,

Vladimir Tenev, Robinhood’s co-CEO, would later tell lawmakers his company had to take that step to raise capital from its own investors as it met its collateral requirements on the tower of trades.

“Despite the unprecedented market conditions in January, at the end of the day, what happened is unacceptable to us,” Tenev said during a February hearing before the House of Representative’s Financial Services Committee. “To our customers, I’m sorry and I apologize.”

Tenev’s apologies did not mollify some aggrieved investors, and class-action cases have cropped up from California to Connecticut, Texas to Florida.

“
The lawsuits revolve around the allegation that the brokerage platforms broke their promise to allow users trade as they saw fit.
”

The lawsuits have their differences but they all revolve around the allegation that the brokerage platforms broke their promise with users to let them trade as they saw fit, according to court papers.

This is where a procedural, but significant step comes in.

The defendant companies, from Robinhood down the line, supported the idea of centralizing the proceedings in one courthouse. (Most of the cases only name Robinhood as a defendant, but court papers say other cases rope in more than 40 brokers, funds and clearinghouses.) Most of the plaintiffs backed the idea as well.

On April 1, a three-judge panel agreed with the approach.

“Given the number of parties and counsel, centralization is the only practicable means of coordinating the pretrial proceedings in this litigation,” the three judges wrote in a case docket entitled “In Re: January 2021 Short Squeeze Trading Litigation.”

“
‘Given the number of parties and counsel, centralization is the only practicable means of coordinating the pretrial proceedings in this litigation.’
”


The panel counted 39 pending cases in 14 different jurisdictions. The parties alerted the court to another 15 related cases ahead of its decision.

The panel handed the basket of cases to District Court Judge Cecilia Altonaga, sitting in the Southern District of Florida. Ten of the actions are pending in Florida and four were filed in Altonaga’s courthouse.

Altonaga is an “able jurist with multidistrict litigation experience,” the panel wrote. Past cases from the judge, nominated during the George W. Bush administration, include a multidistrict case related to denture cream.

The panel wrote it was “confident that Judge Altonaga will steer this litigation on an efficient and prudent course.”

So, where to next? The sequence of events matter for Robinhood as it prepares for an IPO and spars with Massachusetts regulators who say it put its own interests ahead of customers. It also matters for rookie retail investors who are learning the market, and say Robinhood’s restrictions wrongly put them at a disadvantage.

‘She has the power to do everything, soup to nuts’

The multi-district litigation may be new for young investors, but it’s not novel for the federal court system, which applies the approach when widespread events spur lawsuits. That includes occurrences like faulty consumer products, dangerous medication or data breaches.

The courts had 187 multidistrict litigation cases on its docket as of mid-April, statistics show.

From here on, Altonaga has the ability to decide important topics like evidence disputes and class certification, said Victoria Sahani, a professor and associate dean at Arizona State University’s Sandra Day O’Connor College of Law.

The judge can also rule on defense motions to toss the case ahead of trial, Sahani said.

“
Once all pre-trial matters are determined, the parties can opt to stick with Altonaga for the trial.
”

“She has the power to do everything, soup to nuts,” Sahani said.

Once all pre-trial matters are determined, the parties can opt to stick with Altonaga for the trial. Or the case can go back to the original court where it was filed — that is, if the case even gets to a trial. Few civil cases get to that point, either because of settlement or dismissal, Sahani noted.

Robinhood’s attorneys are wagering the cases will not go far. “We will not get past motions to dismiss,” Kevin Orsini, a partner at Cravath, Swaine & Moore, Robinhood’s laywer said during Monday’s court conference. Robinhood had important factors like Securities and Exchange Commission statements and court rulings on its side, he said.

The plaintiffs’ side begged to differ on Monday. “We think Robinhood and the brokers are not allowed to do what they did,” said Jeffrey Klafter, of Klafter Lesser.

Cases might also end up in an arbitrator’s office rather than a courtroom. Though some consumer advocates have said arbitration is tilted towards employers and corporations, businesses say the process is fair. Robinhood has an arbitration clause, which is common in the brokerage industry. Class-action lawsuits, however, can be a way around the clause.

But Sahani says the clause does not automatically apply in a courtroom. “The only way arbitration gets triggered is if one of the parties raises their hand,” she said. Altonaga would rule on whether to grant those motions to compel arbitration, Sahani said.

When cases get grouped together for the sake of efficiency, so does the legal representation. As a result, steering committees of lead plaintiffs’ lawyers get formed in the multi-district litigation process.

Yet if a plaintiff signs up with one attorney, how can they know the lead attorneys will represent them with the same interest?

“
‘If a plaintiff signs up with one attorney, how can they know the lead attorneys will represent them with the same interest?
”

“That has become quite a contentious issue,” said Campos. For the plaintiffs involved, “it can be a little bewildering.”

The concern about representation is a fair point, says Matthew Wilson, principal at Meyer Wilson in Columbus, Ohio, where he represents investors and consumers in class-action cases.

However, all class action lawyers have a duty to advocate as best they can for whoever comes into their case, he said. Members of a class also keep the right to refuse going along with any proposed settlement, Wilson noted.

Wilson represents investors in a different case against Robinhood stemming from 2020 service outages on the platform. The litigation is pending in the Northern District of California.

He said if he had it his way, there wouldn’t be things like mandatory arbitration. A customer should be able to decide whether to go with arbitration or court cases after a dispute surfaces, he said.

“We don’t live in that world yet. Failing that, this is what you get,” he said.

Monday’s court date discussed who would be lead counsel and how cases would be grouped, depending on their allegations. The plaintiffs attorneys will submit papers on proposed lead lawyers by the end of this week and into early next week.

A Look at the Future of Work

Manufacturers Are Turning to E-Commerce
Scroll to top