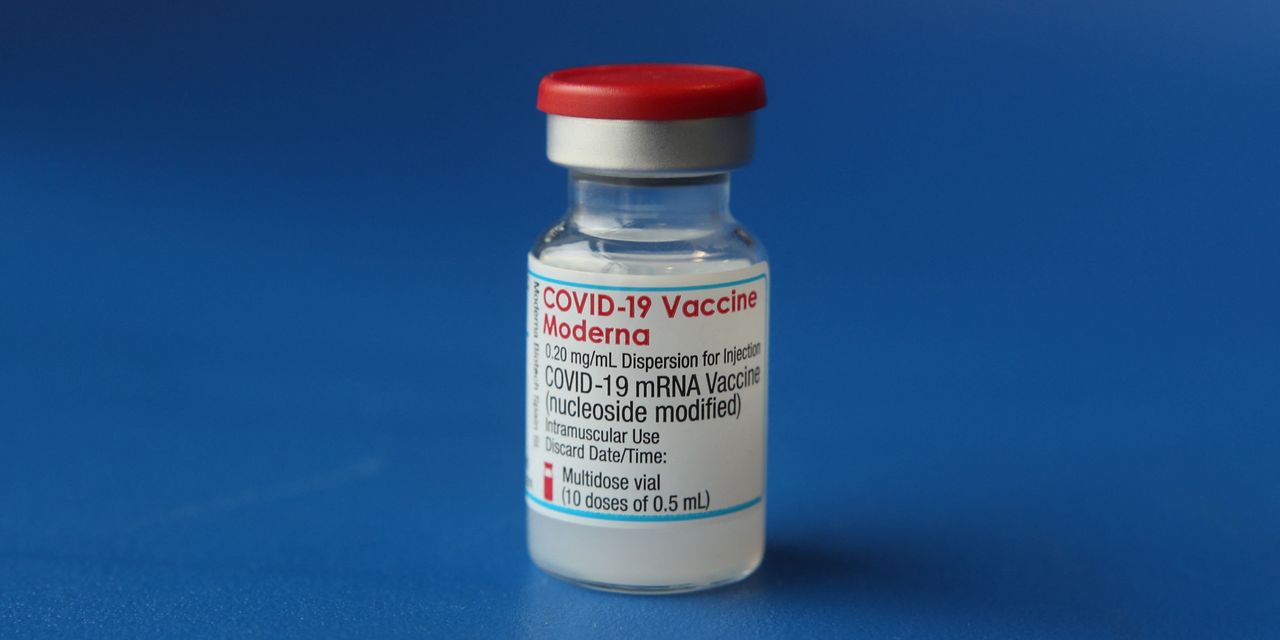 A major U.K. trial looking at whether COVID-19 vaccines can be safely mixed has been expanded to include shots made by Moderna and Novavax, researchers announced on Wednesday.

The Com-Cov study, led by the University of Oxford, was launched in February to compare the effect of administering a first dose of the AstraZeneca–Oxford
AZN,

vaccine, followed a few weeks later by the vaccine made jointly by drug company Pfizer
PFE,

The expanded study will look to recruit adults aged over 50 who have received their first vaccination in the past eight to 12 weeks.

These volunteers, who will have received either drug company AstraZeneca’s vaccine, which was developed together with the University of Oxford, or the Pfizer–BioNTech vaccine, will randomly receive either the same shot, or the one from biotech Moderna
MRNA,

or the one from pharmaceutical Novavax
NVAX,

The six new “arms” of the trial will each involve 175 people, bringing the total number of participants in the trial to 1,050.

Working across eight sites in the U.K., researchers will monitor the immune system responses, as well as any adverse reactions, such as fever, to these new combinations of vaccines. The trial is designed as a so-called ‘non-inferiority’ study, which means its intent is to demonstrate that mixing isn’t substantially worse than not mixing.

“If we can show that these mixed schedules generate an immune response that is as good as the standard schedules, and without a significant increase in the vaccine reactions, this will potentially allow more people to complete their COVID-19 immunization course more rapidly,” said Matthew Snape, associate professor in pediatrics and vaccinology at the University of Oxford and chief investigator on the trial, in a statement.

“This would also create resilience within the system in the event of a shortfall in availability of any of the vaccines,” Snape added.

The expanded study comes after the rollout of the Moderna vaccine in England started this week across the U.K.

The Novavax vaccine was found to be 96% effective in preventing cases caused by the original version of the coronavirus that causes COVID-19 in a late-stage trial conducted in the U.K. The shot, which is being manufactured with the support of pharmaceutical GlaxoSmithKline
GSK,

in the U.K., hasn’t yet been approved and is under rolling review by the country’s drug regulator, the Medicines and Healthcare products Regulatory Agency (MHRA).

Results from the original Com-Cov trial, which only used the AstraZeneca and Pfizer–BioNTech vaccine, are expected in May, while results of the second phase should come out by June or July, although the study will run for a year.

If it shows promising results, the MHRA and Joint Committee on Vaccination and Immunisation would formally assess the safety and efficacy of any new vaccination regimen before it is rolled out to patients.

How to pivot your startup, save cash and maintain trust with investors and customers...
Scroll to top