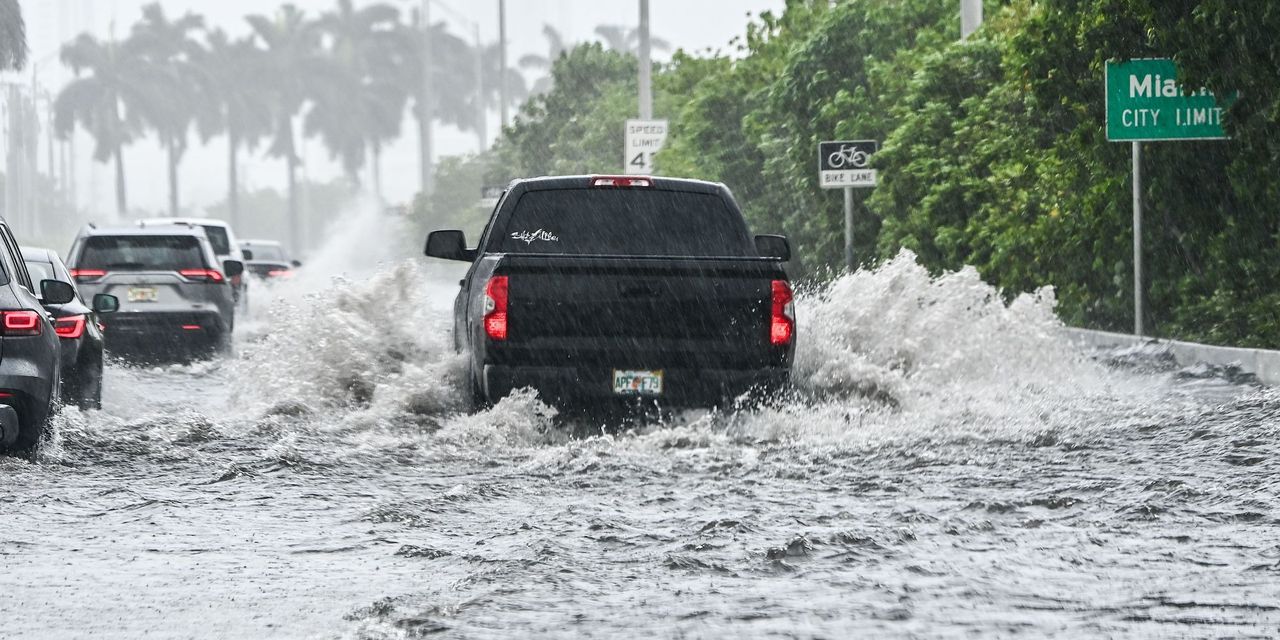 In February, the Security and Exchange Commission’s acting chair directed its Division of Corporate Finance to enhance climate-related disclosures by public companies. The acting chair has also appointed a senior policy adviser for Climate and ESG — a new role at the agency.

While much of the SEC’s efforts in increasing climate-related risk disclosures will focus on publicly traded corporations, the $4 trillion municipal bond market is equally important for the agency to address. These bonds typically have maturities of 15- to 30 years — long enough for the material risks of climate change to impact municipal cash flows.  Furthermore, municipal bonds trade infrequently, so it is difficult for investors to sell these positions at reasonable prices if adverse climate events actually occur.

Yet current disclosures on climate-related risks are minimal by most municipal bond issuers, even those that have recently experienced severe flooding and wildfires. Therefore, the SEC should work together with the Municipal Securities Rulemaking Board (MSRB) to require more extensive disclosures on the material climate risks of municipal bonds as well as the efforts by municipal issuers to mitigate these risks.

Since municipal bonds typically have long maturities, they are highly vulnerable to adverse changes in climate changes, even if they do not materialize for a decade or longer. Much of the revenue underlying these bonds comes from infrastructure projects and commercial properties, which are likely to be impacted by severe climate events.  Yet, unlike many public companies, municipal issuers cannot easily respond to these climate risks by moving their facilities to higher ground or cooler geographies.

Most purchasers of municipal bonds own them until maturity.  That’s why municipal bonds are generally considered to be a “buy-and-hold” market.  For example, a 2012 study conducted by the SEC found that about 99% of outstanding municipal securities did not trade on any given day in 2011. Because municipal bonds are not actively traded, they often do not have publicly quoted prices — which makes them difficult to price accurately.

Retail investors are attracted to municipal bonds not only because of their tax exemptions but also because of their low default rates. Over the decade ending in 2018, the average default rate for investment-grade bonds was 0.10%, as compared with a default rate of 2.28% for corporate bonds with similar ratings. Nevertheless, a 2019 analysis by investment firm BlackRock concluded that, if emissions of warming gases were not controlled over the next decade, more than 15% of the current S&P National Municipal Bond Index would be tied to metropolitan areas likely to suffer material economic losses from climate change.

Examining 590 U.S. counties with populations over 100,000, a recent Brookings Institution study found that the offering statements of just 10.5% of municipal revenue bonds mentioned climate change. Yet these bonds are based on revenues from specific physical projects — such as tunnels, roads and treatment facilities — that would likely suffer from adverse climate events.  Even worse, the Brookings study found that only 3.8% of general obligation municipal bonds mentioned climate change.  But most municipalities issuing these bonds derive the bulk of their revenues from taxes on real estate, whose value would materially decline in the event of more hurricanes or wildfires.

Consider the revenue bonds issued in 2020 by the City of Phoenix Improvement Corporation, maturing in 2045. The offering statements for these bonds do not mention risks related to “climate change”, “drought” or “heat”.  Yet Phoenix, Ariz. is already hot, and is one of the fastest-warming big cities in the US. According to a study from Climate Central, the average number of 100-degree days per year for Phoenix will increase to 132 by 2050 — likely leading to a water crisis.

One consequence of these low disclosure levels is that municipal bond markets aren’t pricing in climate-related risk. For example, compare the municipal bonds recently issued by Middletown Unified School District and Red Bluff Unified Elementary School, both in California. Both bonds mature in 2048 with AA ratings and similar pricing.  Yet the risk of serious property damage from wildfires is more than five times higher in Middletown than in Red Bluff.

In response to the increased attention to climate risk, rating agencies have been moving in the right direction by publishing reports on how they are factoring climate risk into their assessment of the long-term financial position of municipalities. These reports have focused on the ability of municipal issuers to absorb the fiscal shocks caused by damages and lost revenues related to climate events. However, these are complex issues for the rating agencies to solve alone, due to the long-term nature of the problem and the lack of reliable data.

To enhance climate-risk disclosures, the SEC should amend its rules for underwriters of municipal bonds to require more detailed information on past climate events and the probabilities of future climate events. Such amendments should win support from the Government Finance Officers Association, which has recently recommended that local governments develop better disclosures about the primary environmental risks applicable to municipal bonds.

Since many municipal issuers have already experienced severe hurricanes, wildfires and other weather-related events, they can easily estimate the private and public damages imposed by such events as well as the costs of any preventive measures already taken.  The latter would include the building of sea walls, the construction of carbon capture facilities and the adoption of any strategies to reduce greenhouse gas emissions.

Disclosures on adverse climate events in the future are more challenging.  Since climate models do not typically produce an exact result, the offering statements for municipal bonds should contain a range of likely scenarios along with their probabilities of occurring. For each scenario, investors should be told about the scope of the adverse climate events and their impact on the assets supporting the municipal bonds — the dedicated assets for a revenue bond and the tax base for a general obligation bond.

In addition, to facilitate searches on climate risks and comparisons among municipal issuers, the MSRB should require that all offering statements for municipal bonds be filed in a singular, machine-readable format.  At present, analysts must pull climate risks by hand from these disclosure documents.

Addressing the risks posed by climate change to municipal bonds should be a high priority for the SEC under the Biden administration. Given the illiquidity and long duration of municipal bonds, it is critical for investors that the SEC enhance the disclosures on climate risk in the municipal bond market.

Robert C. Pozen is a Senior Lecturer at MIT Sloan School of Management and was formerly president of Fidelity Investments.  Research assistance for this article was provided by Peter Hoffman, an MIT undergraduate.

More: How Biden’s climate-change directives could wind up cooling real estate markets on the coasts

Plus: Powell says Fed will ‘gradually’ cut its bond-market footprint — some think this year

Interstellar visitor 2I/Borisov is the most pristine comet humans have stud...

Arm announces the next generation of its processor architecture – TechCru...
Scroll to top