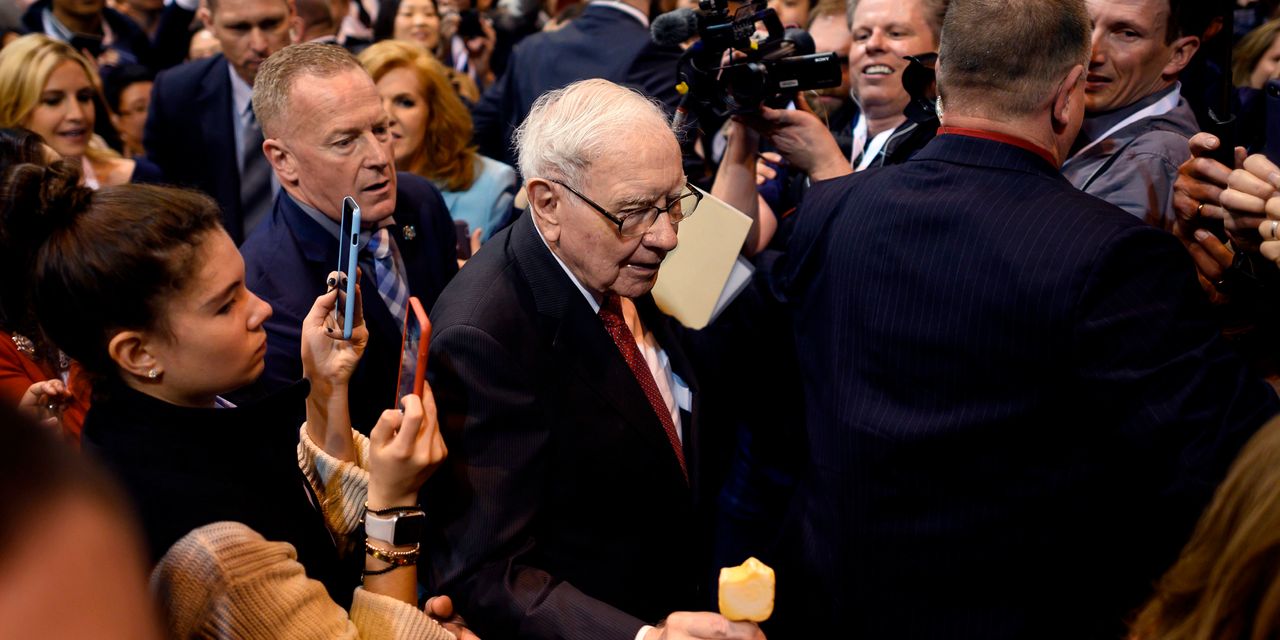 Corporate proxy season is here.  This is the time of year when companies host annual meetings where shareholders get to make and vote on various proposals. Good feedback and dialogue often result.  But some spectacles prove the logic of corporate law, which puts boards rather than shareholders in charge. Boards focus on their particular company’s economics and are most familiar with its culture, while some shareholders promote parochial goals or political agendas.

Take the two shareholder proposals to be voted on at this year’s Berkshire Hathaway
BRK.A,

annual meeting — one related to climate change and the other on workforce diversity. If proponents get their way, the company would become worse off on the very goals the gadflies espouse. That perversity can be explained either as due to misunderstanding Berkshire — unlikely given the proponents’ size and sophistication — or a tactic of using Berkshire to advance private interests.

The climate change proposal, by California Public Employees Retirement System (CalPERS), Federated Hermes, and Caisse de dépôt et placement du Québec (CDPQ), is premised on the desire “to promote the long-term success of Berkshire.” The three institutional money managers propose that Berkshire’s board annually assess climate-risk management policies, publishing summaries on each of Berkshire’s 60-plus subsidiaries. The trio say this would “show” Berkshire “is concerned about the long-term viability of the companies it owns.” They argue that 1,440 other public company boards are now doing something similar.

While climate change is an important topic, requiring remedies, this proposal is not one of them.  The proposal fails to appreciate three distinctive features of Berkshire culture that both reveal parochialism and doom the proposal to failure. First, Berkshire is famously long-term, for 50 years owning virtually all its businesses permanently. It is not in need of new ways to “promote” or “show” its long-term horizon.

Second, Berkshire and its iconic leader, Warren Buffett, are idiosyncratic, marching to their own drum against fads and fashions. Buffett has repeatedly demonstrated the fallacy of “social proof” — the proponents’ form of argument that if 1,440 other companies are doing something, it is the right thing to do.

Above all, as Berkshire’s board explains in advising fellow shareholders to reject this proposal, Berkshire is a decentralized organization in which each subsidiary operates autonomously.  There is no Berkshire-level of operations where such climate-risk management occurs or where some centralized assessment could be conducted.  Contrary to conventional belief, such trust-based cultures produce superior decisions on everything from productivity to compliance, including on climate-risk management, compared to centralized organizations.

As examples, Berkshire’s energy subsidiary, one of its largest businesses and closely connected to climate matters, has supported the 2015 Paris Agreement from the outset by investing in renewables and is a major partner in Third Derivative, a global business coalition promoting cleaner technologies. Berkshire’s massive railroad subsidiary, BNSF, is an industry leader in carbon efficiency and reduction. Nothing in the shareholders’ proposal would improve such innovations and could retard them.

The workforce diversity proposal, by the powerful advocacy group “As You Sow” on behalf of a small Berkshire shareholder, suggests that Berkshire’s subsidiaries report “diversity, equity and inclusion” (DEI) efforts across Berkshire’s entire workforce of 400,000, and report on the Berkshire board’s related processes, assessments, and goals. The proponent again fallaciously cites the herd effect — that “everyone” is doing this today — and again ignores Berkshire culture and how its existing policy is more likely than the proposal to achieve desired aims of promoting DEI.

Under Berkshire’s decentralized, trust-based culture, Berkshire subsidiaries promote opportunities for DEI by spontaneously creating senior level positions and employee-driven committees to support such efforts in each business. That fosters a culture and practices that best advance values such as diversity and inclusion in each subsidiary’s unique circumstances across the globe.  In contrast, the As You Sow proposal reflects a mistaken view that there is a single way for each of Berkshire’s diverse businesses to measure or embrace DEI.  Imposing such a system from headquarters would more likely impair than advance DEI aims.

There is almost no chance that either of these proposals will receive a significant level of support from Berkshire’s other shareholders. Shareholder proposals at Berkshire have always failed by wide margins — even after excluding Buffett’s holdings of around 30%.  Those most decisively defeated were proposals that Berkshire start paying a dividend, voted down in 2014 by 98% of the votes cast, and that the board publicize a succession plan, voted down in 2012 by 95%.

The closest margin, defeated by 88%, was last year’s proposal to require diverse members in outside candidate pools for Berkshire’s board or CEO.  That remains far below the overall average in corporate America, which is around 30% of the votes cast. Fewer than 10% of all receive a majority, often after several stabs at the subject.

But the shareholder gadflies seem less interested in winning the vote at Berkshire than using the company and its other shareholders as a platform to promote parochial interests. They even suggest the climate change proposal is more a tool to pressure Berkshire’s outside financial auditor to push the boundaries of financial auditing into environmental auditing than a genuine effort to make Berkshire a better company.

While shareholder proposals during proxy season can be a cheap and convenient platform to advocate for social change, they can also be a disservice to particular companies, as well as the causes themselves, as these two illustrate.  For Berkshire, these proposals would erode its trust-based culture that has been of great value to its shareholders for six decades.  Fortunately, Berkshire’s board turned them into an opportunity to hail its culture and showcase successful efforts at remedies for climate changes as well as promoting inclusive and diverse workplaces. Score one for American corporate governance this season.

Lawrence A. Cunningham is a professor at George Washington University, longtime shareholder of Berkshire Hathaway, and publisher, since 1997, of The Essays of Warren Buffett: Lessons for Corporate America. To get updates, including an invitation to his exclusive webinar during Berkshire Hathaway’s 2021 Annual Meeting, sign up here.

More: Why the long-term shareholders Buffett cultivated are a huge part of Berkshire Hathaway’s success

Also read: These savvy investors were ESG-friendly long before it was fashionable

Empathy emerges from stealth with $13M for a digital assistant aimed at bereaved...