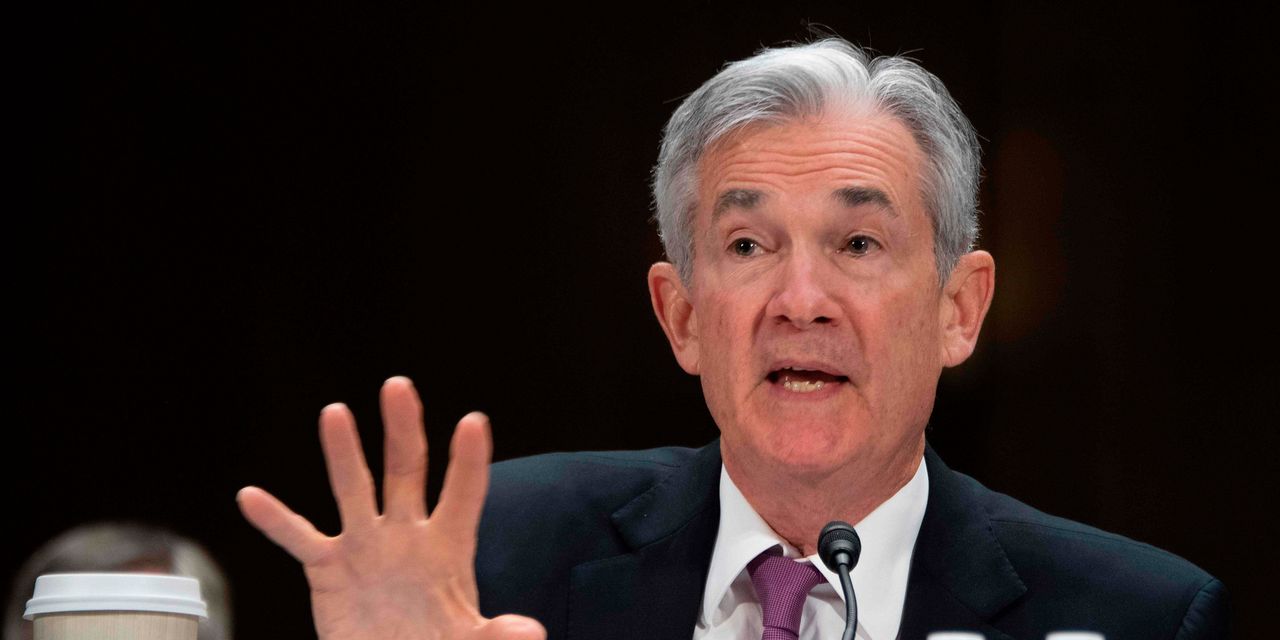 Fed Chairman Jerome Powell returned to “60 Minutes” on Sunday to tell Americans that the economy is going to start growing strongly, but they shouldn’t expect the central banks to start raising interest rates as a result.

Asked by CBS News’ Scott Pelley when the Fed will start “tapping the brakes,” Powell replied: “So what we’ve said is that we’d consider raising rates when the labor market recovery is essentially complete, and we’re back to maximum employment and inflation is back to our 2% goal and is on track to move above 2% for some time.

“It’ll be a while until we get that in place.”

The interview was taped at the Fed headquarters on Wednesday and aired Sunday evening. Powell had last appeared on “60 Minutes” last May, when he told Americans “not to bet against the American economy.”

Pelley said that Powell told him this week that the Fed’s worst-case scenarios last May “were unspeakable.”

Talking about the spring of 2020, Powell said “the level of uncertainty was really frightening.”

In April 2021, things appear to have turned the corner.

Powell said the economy “seems to be at an inflection point,” with strong growth coming “right now” and the weakness caused by the pandemic in the rear-view mirror

Forecasters at the Fed and on Wall Street think the economy could grow in a range of 6%-or 7%, he said. That’s the fastest pace of growth since the early 1980s.

Staff told Fed officials in March they believe the economy is on track to see a decline in the unemployment rate to “historically low levels,” according to minutes of the Fed’s last interest-rate committee meeting, released last week.

Powell said the Fed doesn’t have to raise interest rates on worry that inflation will pick up from the strong growth and job creation.

“We can afford to wait to see actual inflation appear before we raise interest rates,” Powell said.

“Now, we don’t want inflation to go up materially above 2% and go back to, you know, the bad old inflation days that we had when you and I were in college,” he said.

“But at the same time, we do have the ability to wait to see real inflation. And that’s what we plan on doing,” he added. “We’re going to support the economy until recovery is really complete.”

Tim Duy, chief U.S. economist at SGH Macro Advisors, said Powell wanted to tell Americans that the Fed is optimistic and they should be as well.

Another message is “the Fed is not going to do anything to stop this recovery from happening,” Duy said, in an interview with MarketWatch.

On other matters, Powell said it was “surprising and concerning” that Bill Hwang’s Archegos Capital Management could saddle so many banks with multibillion-dollar losses.

The fact that “a single client of these large firms could result in such substantial losses in a business that is generally thought to present relatively well understood risks” requires regulators to work together so they understand what happened, Powell said.

The Fed chairman also said that “cyber risk” is the one worry the Fed keeps its eyes on the most.

“There are cyberattacks every day on all major institutions now,” he said.

“There are many subtle and difficult policy choices and design choices that you have to make,” he said.

The Fed’s next steps are to involve the public and Congress deeply in that process, he added.

“We are the world’s reserve currency. The question is would adding a digital dollar…benefit our citizens and the people that we serve? And we don’t have an answer to that question yet,” Powell said.