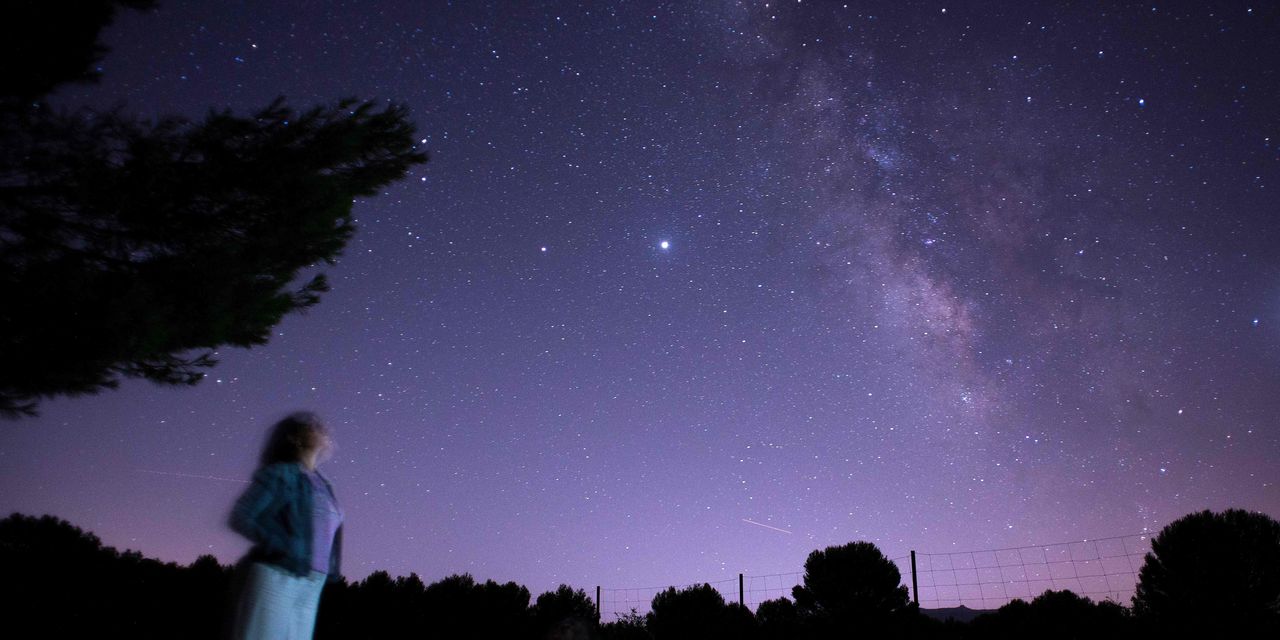 What goes around, comes around.

That’s why investors are on the lookout for “rising stars,” or credit-rating upgrades, in U.S. corporate debt after last year saw a record pile of nearly $250 billion “fallen angels”
ANGL,

The pandemic may have changed a lot, but bond ratings still matter, particularly for companies recently downgraded to speculative, or “junk,” territory or those elevated to the coveted investment-grade bracket.

“It’s a one-way trade,” said Michael Collins, senior investment officer for PGIM Fixed Income, about his expectations for a wave of upgrades this year from riskier ratings brackets.

“We are going to see one of the best years for earnings growth ever,” Collins said, pointing to forecasts that call for highly rated U.S. companies to see almost 25% earnings growth from a year ago, as first-quarter earnings kick off next week.

This Goldman Sachs chart shows the historic flood of fallen angels to speculative-grade, or “junk-bond” territory, from investment-grade in 2020.

“We are in a rare part of the cycle where credit quality will be improving over the next year or two,” he told MarketWatch. “That’s an environment where you want to be long credit risk.”

That’s a stark change in tone from last year, when the Federal Reserve began buying up corporate debt for the first time ever, amid fears that fallen angels could swamp the smaller junk-bond market and create chaos.

By this summer, Moody’s Investors Service sees the rate of rising stars surging to 11.3% for the 12 months ending July 2021, up from 3.4% a year prior, when looking at the share of U.S. corporate bonds poised to see a ratings boosts to investment grade from the highest Ba1 “junk” category.

“This forecast, if realized, will be in line with the patterns after both the 2001 and 2008 recessions, when the comparable rate climbed to roughly 10%
a year after the post-recession troughs of 4.3% and 6.3%, respectively,” the Moody’s team wrote in a note this week.

“This year as the vaccines have rolled out and the economy has started to stabilize, the pace of downgrades has slowed over the last quarter,” said Manuel Hayes, senior portfolio manager at Mellon.

But Hayes also sees “winners and losers” emerging as larger swaths of the economy reopen, potentially providing fodder for another up-to-$100 billion round of corporate credit-ratings downgrades into junk.

“There is a lot of overlap between the two universes,” Hayes told MarketWatch, adding that many of the market’s largest fallen angels generally are “large issuers that were born and raised as investment-grade companies,” he said.

“Once you have access to that kind of capital, there’s a lot of incentive to get back to that cheaper level of funding.”

were among last year’s biggest fallen angels, accounting for almost $95 billion of the year’s total, according to a MarketWatch tally.

Last month, BofA Global analysts estimated that forced selling, sparked by rating downgrades, costs about 47 basis points annually for investors in A-rated bonds that dropped to BBB territory, while it cost investors about 35 basis points a year on bonds originally rated BBB that were slashed to junk.

On the flip side, investors like Hayes have long been gearing up for rating changes that spark forced selling or buying.

“For rising stars, you see forced buying take place,” Hayes said. “As these companies are upgraded, now all the sudden investment-grade managers have a new company in their universe. And as an index manger, you buy it, because you need that exposure.”

Spotify stays quiet about launch of its voice command ‘Hey Spotify’ on mobile...