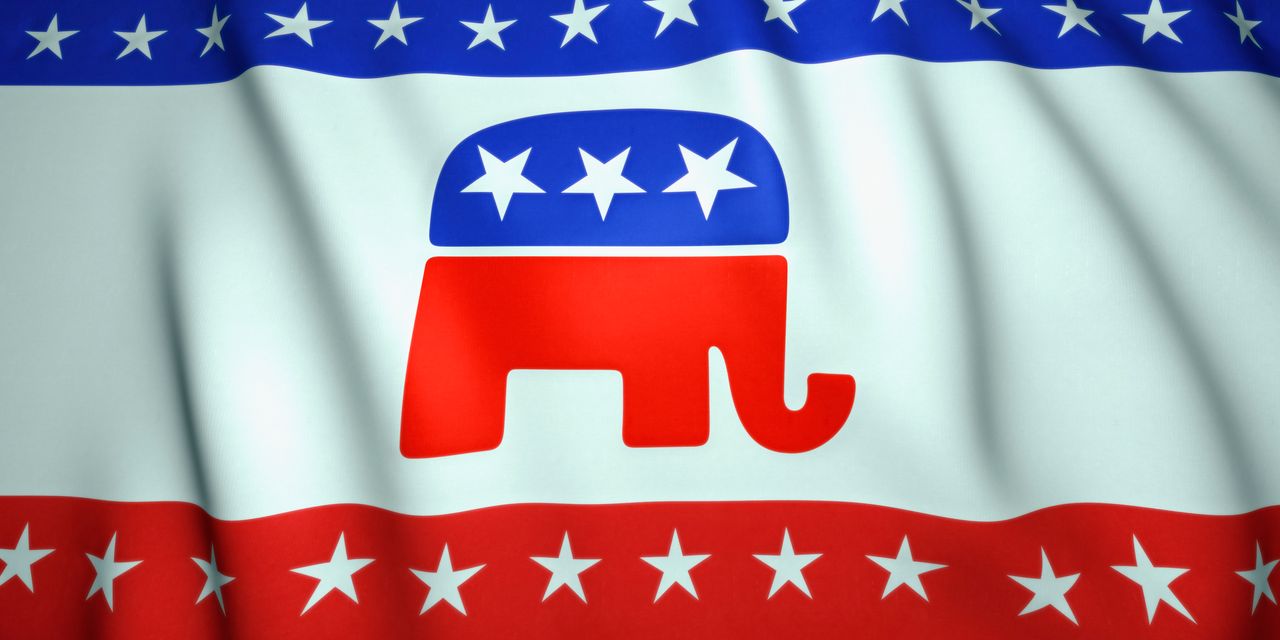 The GOP is losing its grip, according to the latest Gallup poll.

The number of Americans identifying as Republicans or as independents who lean toward the GOP dropped to 40% in the first quarter of 2021, compared with the number of Democrats or independents leaning toward the Democratic party hitting 49%. And that nine-percentage-point lead is the greatest Democratic advantage that Gallup has measured since the fourth quarter of 2012, when former President Barack Obama was re-elected.

Gallup routinely measures U.S. adults’ party identification and the political leanings of independents. The latest poll surveyed a random sample of 3,960 U.S. adults by phone between January and March of 2021. And while Democratic Party affiliation actually dropped by one point from the fourth quarter of 2020, to 30% — where it has hovered for most of the past eight years — the number of Americans identifying as independent rose to 44% from 38% last quarter. And this growing number of independents came at the expense of the Republican party, as 19% of independents said they lean Democrat, compared with 15% leaning Republican. Most of the remaining 11% of independents didn’t swing either way.

And several events have happened during those three months that could position the Democratic Party more favorably in voters’ eyes, the Gallup report noted.

These include Joe Biden, the Democratic candidate and winner of the 2020 U.S. presidential election, being inaugurated in January. His inauguration came just two weeks after supporters of former President Donald Trump, a Republican, attacked the U.S. Capitol building on Jan. 6.

Read more: Dozens of Jan. 6 rioters have apologized and disowned their ‘stop the steal’ claims

The first quarter also saw a steady decline in U.S. coronavirus deaths and infections from an early January peak after Biden took over; the expansion of COVID-19 vaccinations across the country; as well as the passage of Biden’s $1.9 trillion COVID-19 relief package.

Granted, the gulf between Democratic and Republican affiliation has been wider in the past, such as when Democrats enjoyed double-digit advantages throughout most of 2006 into early 2009. That period included the end of the George W. Bush administration, while the Republican president was pretty unpopular, and the election of Democratic President Obama. Democrats also previously enjoyed double-digit affiliation advantages around the time Bill Clinton was elected president in late 1992.

The report notes that Republicans enjoyed affiliation advantages for incumbent Republican presidents George H.W. Bush following the 1991 U.S. victory in the Gulf War, and George W. Bush in the aftermath of the Sept. 11, 2001 terrorist attacks. The GOP has also taken the lead in party affiliation after Republican midterm election sweeps in 1994, 2010 and 2014. Gallup suggests that the 2022 midterms could also give Republicans the opportunity to increase their ranks among voters again if they take back seats in the Senate and the House.

How to kick the 10 worst startup habits with Fuel Capital’s Leah Solivan –...
Scroll to top