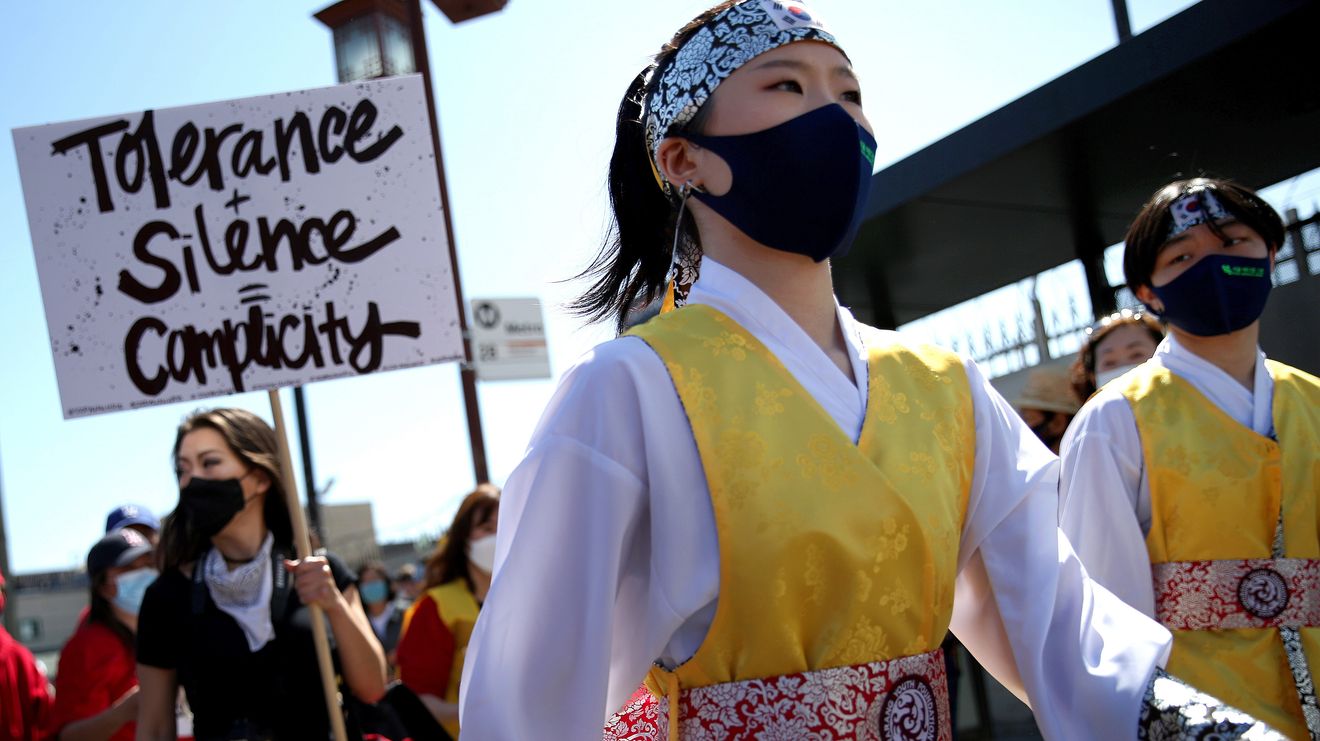 As President Biden signed into a law a bill targeting hate crimes against Asian Americans, a new report released this week showed that Asian-American and Pacific Islander (AAPI) women have been more likely than their male counterparts to report experiencing hate incidents during the pandemic.

“
‘Racism intertwined with misogyny has always been a part of the lives of AAPI women, and the pandemic merely laid bare what went unnoticed before.’
”


“Racism intertwined with misogyny has always been a part of the lives of AAPI women, and the pandemic merely laid bare what went unnoticed before,” the report said. “We cannot ignore hate incidents and discrimination targeting AAPI persons and communities, especially the disproportionate impact on AAPI women and girls.”

The organizations called for “systemic changes to understand, address, and end these hate incidents and discrimination based on racism and xenophobia.”

The analysis pulled from Stop AAPI Hate’s data on 3,943 reports by Asian-American women of hate incidents between March 2020 and this past March, as well as from 415 Pacific Islander women’s responses to a NAPAWF survey conducted in February. The true frequency of hate incidents is in all likelihood far higher, the report noted, given that many go unreported.

Nearly 68% of hate incidents reported by Asian-American women came from East Asian women, with Southeast Asian (16%), multiethnic (8%), multiracial (7%) and South Asian (1%) women making up smaller percentages of reports. Overall, verbal harassment and/or name calling was the most commonly reported type of incident, at 51%.

Among all Asian-American women, the most common sites of hate incidents were public streets and sidewalks (28%) and places of business (also 28%). Race (50%), ethnicity (30%) and gender (9%) were the top reasons reported behind these incidents.

The survey of Pacific Islander women, meanwhile, found that more than half had been impacted by anti-AAPI racism last year and this year. One in five had been discriminated against or harassed at work, or been called a racial slur, and some reported feeling unsafe walking around outside (17%), experiencing sexual harassment (16%), experiencing violence due to their race and/or gender (13%) or being unfairly denied housing (8%).

“
‘AAPI women are continuously fetishized, exoticized, and objectified through hyper-sexualization, and this affects the racialized, gendered, and sexualized violence AAPI women have experienced.’
”


The U.S. has a long history of scapegoating and discriminating against Asian Americans, including through the 1882 Chinese Exclusion Act, the forced relocation and incarceration of Japanese Americans during World War II, and post-9/11 discrimination and violence against people perceived to be Muslim, including Sikh Americans.

Along with racism and xenophobia, many Asian American and Pacific Islander women face the added layer of misogyny. “AAPI women are continuously fetishized, exoticized, and objectified through hyper-sexualization, and this affects the racialized, gendered, and sexualized violence AAPI women have experienced, historically and now,” NAPAWF and Stop AAPI Hate said in their report.

The analysis came two months after the shooting deaths of eight people at three Atlanta-area spas, six of whom were women of Asian descent. The suspect was indicted on murder charges this month, and a prosecutor in Georgia’s Fulton County, which includes Atlanta, said she would pursue hate-crime charges and the death penalty.

The shootings in Georgia drew national attention to anti-Asian harassment and violence that has increased over the past year. Anti-Asian hate crimes in 16 of the U.S.’s biggest cities surged 149% in 2020, found an analysis by the Center for the Study of Hate and Extremism at California State University, San Bernardino. Meanwhile, hate crimes overall fell by 7%.

Former president Donald Trump drew broad backlash last year for referring to COVID-19, which was first detected in Wuhan, China, as the “Chinese virus” and “kung flu.” While experts warned such rhetoric could lead to anti-Asian discrimination, Trump and his then press secretary denied that his language was racist.

May is Asian American and Pacific Islander Heritage Month. Biden on Thursday signed into law a bill approved by Congress with bipartisan support that in part would speed up the Justice Department’s review of hate crimes and have the department issue guidance for state, local and tribal law-enforcement agencies on hate-crime reporting, data collection and public-education campaigns.

“This bill brings us one step closer to stopping hate not only for Asian Americans, but for all Americans,” Vice President Kamala Harris, the first South Asian American elected to serve in her position, said Thursday.

But “our work will not be done” after the bill signing, she added. “Here is the truth,” Harris said. “Racism exists in America. Xenophobia exists in America. Antisemitism, Islamophobia, homophobia, transphobia, it all exists. And so the work to address injustice wherever it exists remains the work ahead.”

Dozens of activist groups that advocate on behalf of Asian Americans and LGBTQ people have opposed the legislation for its reliance on law enforcement, arguing that the bill “contradicts Asian solidarity with Black, Brown, undocumented, trans, low-income, sex worker, and other marginalized communities whose liberation is bound together.”

Upon House passage of the bill, Stop AAPI Hate said in a statement that it supported “the included investments in community-centered solutions and provisions to mitigate anti-Asian rhetoric,” but added that the legislation’s focus on law-enforcement agencies wouldn’t address the many reports of “serious hate incidents” that are not hate crimes.

The coalition pushed for the federal government to invest in community-safety programs and in-language support for people who need mental health, immigration and legal services; fully fund community-based groups that often serve as “the first responders to incidents of hate”; and bolster federal civil-rights laws on discrimination in public accommodations, among other solutions.