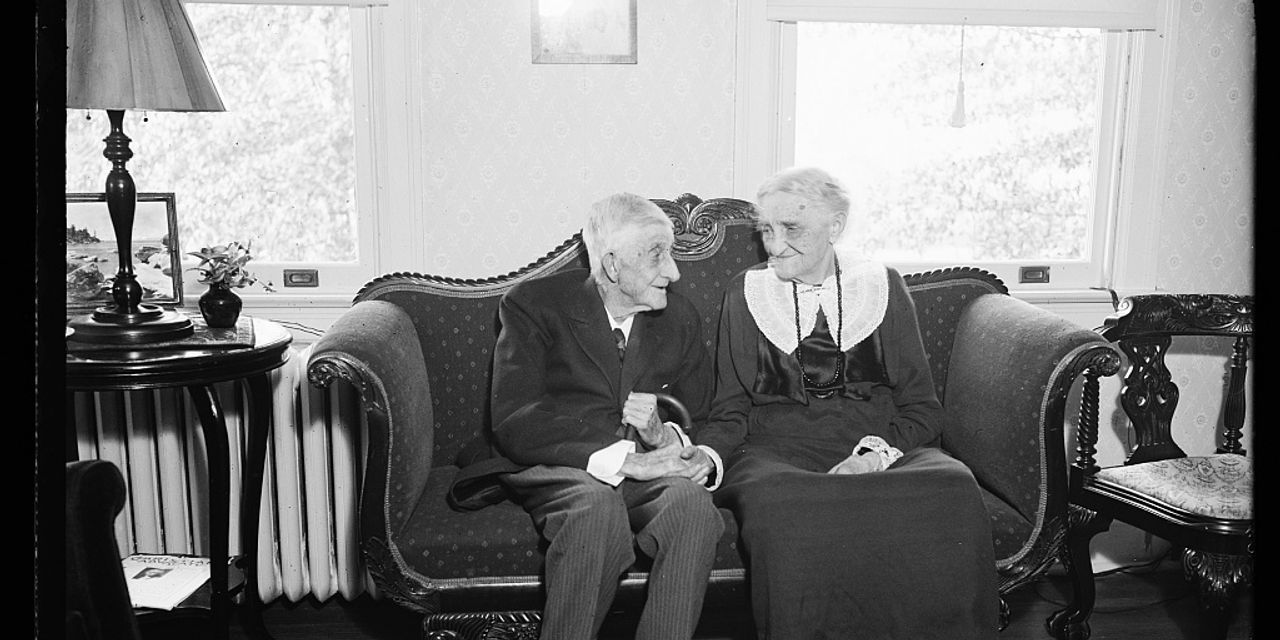 We are currently at a pivotal point in the nation’s history of caring for the most frail and vulnerable. The way leaders respond to the horrific toll the pandemic has taken on nursing home residents will determine the future of nursing home care for years, possibly decades, to come.

This is not the first — or second — time where massive outrage has led to calls for significant change and reform in nursing homes. The problems that plague today’s nursing homes are, in many ways, reminiscent and tied to their history in the U.S.

As our 85-and-over population continues to grow, nursing home care is an increasing reality for many of our oldest old who require medical and personal care that can’t be met in home or through community services.

Today’s nursing homes — also called skilled nursing facilities — include medical care and meals and sometimes offer activities and programming to keep residents engaged. They’re also used as rehabilitation centers for older people recovering from illness or injury between hospitalization and going home. Many have memory care units separated from other residents to assist those with dementia or Alzheimer’s.

To understand how and why nursing homes evolved into their current iteration requires going back hundreds of years — all the way back to the 17th century.

When Europeans colonized North America in the 1600s, they brought their concept of almshouses with them.

“If someone couldn’t be taken care of by family or neighbors, then they were put in an institution that was locally-run by the county, village or other government entity,” explains Harvard geriatrician, professor and scholar Dr. Muriel R. Gillick, whose 2018 book “Old and Sick in America: The Journey Through the Health Care System” details the evolution of the American nursing home.

Almshouses hosted not only the oldest old, but also orphans, people with disabilities and those facing addiction or without homes. They provided shelter, daily meals and that’s about it.

Almshouses continued as the main option for those without money or family, but toward the end of the 19th century, another model popped up. These were called old age homes.

Almshouses were considered acceptable places for people with alcoholism or mental illness, but not for the “worthy poor.”

Gillick says the “worthy poor” were differentiated by circumstances “not being their fault,” like widows without skills to work and no other family.

“The idea arose that we should put people like that in another place than an almshouse, which was recognized as abysmal,” she says.

Old age homes were operated by religious and ethnic organizations — Evangelicals, Jewish people, Germans — who felt it was their mission to care for their own. There was Boston’s Home for Aged Woman. And Indigent Widows’ and Single Women’s Society in Philadelphia.

These old age homes usually had between 30 and 50 beds. For a modest fee, residents would get a roof over their heads and daily meals, as long as they could make their own beds and come down for breakfast each morning.

On a steady decline, the late 1800s marked the beginning of the end for almshouses.

As the Great Depression worsened the financial circumstances for many Americans in the 1930s, there became more need for housing assistance than there was space for beds. Living conditions worsened in almshouses, leading to mass criticism and an outcry for something new.

Many legislators argued that doling out small sums of money to older people was a cost-saving solution to almshouses. This gave way to the passage of the Social Security Act in 1935, including the Old Age Assistance (OAA) program, which gave money to poor, individual elders to support them.

In a move to eliminate almshouses altogether, their residents were barred from receiving OAA money. So, almshouses emptied out and people instead went to private institutions like old age homes. Old age homes could now charge more and make a profit from residents’ OAA funds.

“Whereas before old age homes were mainly charitable ventures run by churches and synagogues, now you or I could go into business and survive because we could charge a fee and the feds would pay the fee,” explains Gillick.

This marked the first step in government oversight and industrialization of the modern nursing home.

In 1946, Congress passed the Hill-Burton Act, which gave grants for nursing homes to be built in conjunction with hospitals and gave the government control over building and regulating them.

It was decided that facilities housing older people should focus on providing medical care, which moved nursing homes from the welfare system to the healthcare system.

“The image the public health service had in mind was a hospital,” Gillick says. “The nursing homes built in the ’50s, much like today, were really built along the lines of hospitals — no doctors — but they looked just like hospitals.”

As federal nursing homes sprang up, some of the old age homes became subject to investigations because they were considered unsafe and not up to health standards.

“In rectifying the deficiencies, I would argue they sacrificed the homey atmosphere. The mom and pop institution of the 19th century was gone,” says Gillick. “How to remedy them? Why not build it like a hospital?”

With the passage of Medicare and Medicaid as amendments to the Social Security Act in 1965, there was more opportunity than ever for people to go into business in the nursing home industry. Medicaid paid for residential long-term care for people with low incomes.

“You had more incentive to build nursing homes because Medicaid was paying for it,” says Gillick.

1970s: ‘Halfway houses between society and the cemetery’

The 1970s also saw government regulations that attempted to control and improve the quality of nursing homes, including nursing home ombudsman programs for taking complaints.

For someone with fewer financial resources, you had really no choice but to go into a nursing home paid for by Medicaid, says gerontologist Keren Brown Wilson, who founded the Jessie F. Richardson Foundation to improve living conditions for vulnerable older adults in under-resourced communities.

“You’d live in a bed in a nursing home, sometimes three or more in a room with just a bed and storage locker, with very little ability to have possessions or control over who had access to space,” Brown Wilson says.

A paradigm shift happened, where some residents and families were unsatisfied with what they were paying for.

“You had the beginning of the recognition that nursing homes weren’t so wonderful, so people tried to find alternatives in the community,” says Gillick.

People were looking for something different, and thus the assisted living industry was born. Assisted living emerged as a choice for those needing some level of support, without the medicalization of a nursing home.

Due to the recession of the early 1980s, real-estate developers were looking for something to build besides homes and apartment buildings, explains Brown Wilson. Many moved into the new and promising business of assisted living.

“States would say, ‘We can convert a wing of a nursing home and put wallpaper on the walls.’ Some people saw it as a convergence of an existing space,” Brown Wilson says.

Brown Wilson describes the time between 1994 and 2000 as the “period of expansion,” with “Wall Street money, a dilution of ideals and quality concerns.”

“Once people have a sense that there is money to be made, they look to get involved,” she says.

Smaller operations were acquired or expanded, and the larger the conglomerates got, the more difficult it became for them to control quality.

The assisted living industry grew too fast, Brown Wilson says, and many left the business.

“It was a rude awakening to those who thought they were getting involved in housing or hospitalities. This involves peoples’ lives,” she says. “Building it was one thing. Running it was something else. People began to understand that this was a business of care, and you needed the capacity to deal with that to be effective.”

Despite their reputation and more than 170,000 resident deaths and counting from COVID-19, nursing homes remain significant players because of their ability to staff nursing and care professionals and their acceptance of Medicaid.

Some new models of nursing homes – like the Pioneer Network, Green House homes and The Eden Alternative – have popped up as part of the “culture change movement,” though their numbers remain small. These iterations are meant to be smaller, focused on residents’ desires and their mental and emotional well-being.

To date, the main strategy for wide-scale nursing home change is more state and federal regulations and reforms.

“Some regulation is excellent and important, but the issues involved in today’s nursing homes are so profound that we cannot regulate ourselves out of them,” Gillick says.

Also see: 3 reasons there will be a wave of nursing home closures

With assisted living facilities largely unavailable to Medicaid recipients, nursing homes reign as America’s primary option for its older citizens without substantial financial means or informal support networks to care for them. And it’s now amassed to a $100 billion industry, paid mostly by Medicaid and out-of-pocket expenses.

Grace Birnstengel is an editor, reporter and writer for Next Avenue where she focuses on in-depth storytelling and the intersections of identity and aging. Prior to Next Avenue she spent years covering music, arts and culture both locally and nationally.

This story is part of The Future of Elder Care, a Next Avenue initiative with support from The John A. Hartford Foundation. This article is reprinted by permission from NextAvenue.org, © 2021 Twin Cities Public Television, Inc. All rights reserved.