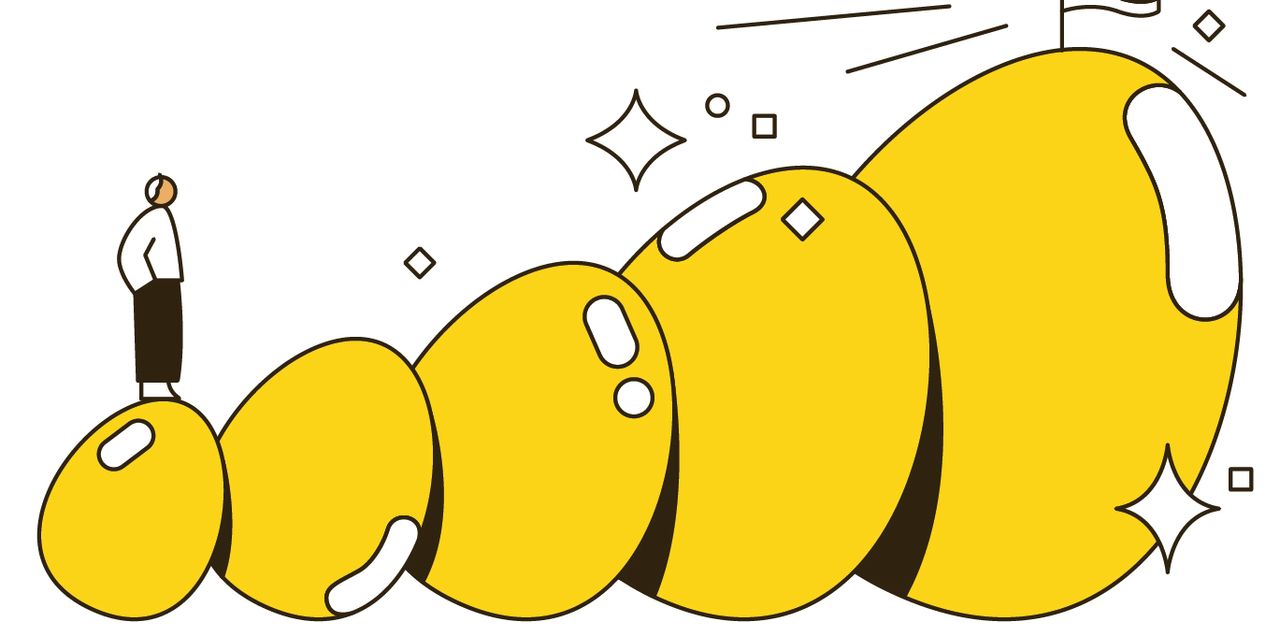 Auto-enrollment may be just what Americans need to save more for retirement — but perhaps only if the government makes it a requirement.

Only half of Americans participate in a workplace retirement plan, a staggering statistic considering how much of the responsibility for funding an adequate retirement now falls on individuals.

The problem: Without the financial education, encouragement or access, retirement savings isn’t always a top priority. Americans have so many other financial obligations to juggle as it is — such as rising costs of college and housing, or shorter-term goals like buying a home or starting a business, and trying to provide for their families. Instead of planning for their future financial stability, many are trying to stay afloat in the present.

That’s where automatic enrollment comes in: it’s one way to get Americans to stash money into a retirement account without thinking about it. With auto-enrollment, companies can sign up their new employees into their retirement savings programs, beginning with deferring a small percentage of their salaries, so that at the end of their careers their workers will have some sort of a nest egg waiting. Congress members have included this key provision in the Secure Act 2.0, the latest legislative proposal aimed at fixing retirement security for all Americans.

“It would require employers to auto-enroll workers into the plan so that workers wouldn’t be deterred by inertia,” said Richard Johnson, director of the program on retirement policy at the Urban Institute. The proposal also addresses auto-escalation, which automatically increases employees’ contributions to their accounts every year. As it stands, the proposal states participants must begin with a deferral of at least 3% and no more than 10%, with an annual increase of one percentage point for every year (up until the maximum 10%). “Requiring all plans to increase the share of contributions into retirement plans would make it much easier to accumulate enough money to live securely.”

This provision also affects 403(b) plans.

Auto-enrollment itself is not a new concept. Richard Thaler, the 2018 economics Nobel Prize winner, has advocated for the expansion of auto-enrollment and auto-escalation in workplace savings accounts in the more than 10 years he’s worked in behavioral economics. It has already proven effective — by automatically placing employees in retirement plans, and in some cases increasing their contribution rates minimally but continually, Americans saw billions of dollars more in their retirement savings. The reason for this success is simple: workers don’t have to think about saving — it’s being done for them.

What is new, however, would be the federal government mandating auto-enrollment. Currently, employers have the option to voluntarily implement this strategy. The trend is on the rise — more than four in 10 employers automatically enrolled new employees into a retirement plan in 2019, and 19% of companies automatically escalated their contributions, according to the Society for Human Resource Management. The increase for these provisions was modest in 2020, but many companies were also treading  with unknown circumstances because of the pandemic. Experts expect to see more employers use auto-enrollment in 2021.

Participants could still opt out of enrolling or increasing their contributions, but studies have shown individuals are more likely to stay in a plan that benefits them rather than voluntarily enroll themselves in such a plan. When automatically enrolled, nine in 10 new hires remained in their employer’s plan after three years, a Vanguard report found.

The Secure Act 2.0 is the latest proposed retirement security legislation, aimed at providing Americans with the ability to have a comfortable, financially stable future. It is built upon the Secure Act, passed in December 2019, which embraced annuities in 401(k) plans, encouraged small businesses to offer retirement plans to their employees with tax benefits, increased the ages for required minimum distributions and promoted transparency of account balances by translating those figures into projected monthly incomes.

If passed, the bill would not only require auto-enrollment in employer-sponsored retirement accounts but increase the age for required minimum contributions, which is when an individual is forced to take withdrawals from their 401(k) plans and individual retirement accounts. The proposal would also create an additional catch-up contribution limit for people 60 and older and allow employers to make matching contributions to employees’ retirement plans while the employees pay down their student debt.

“The biggest benefit — people have to save,” said Charles Nelson, chief executive officer of retirement and employee benefits at Voya Financial. “If you don’t save, you’re not going to have money in addition to what the government provides through Social Security and other benefit programs.” There is “tremendous upside” to an auto-enrollment provision, he added.

When it comes to retirement security, many workers need help. Future financial stability for Americans is uncertain: The trust funds that support Social Security are expected to run out of money within 14 years, which would reduce benefits, not everyone can afford or has access to retirement accounts and some groups of elderly Americans are at a high risk of falling into poverty.

But while auto-enrollment and auto-escalation would benefit many workers, the Secure Act 2.0’s approach to these tools has its shortcomings.

The legislation would make auto-enrollment only a requirement for newly established plans, meaning companies that currently offer these retirement accounts would not be required to enroll the employees not participating. Only about 4,000 new 401(k) plans are created every year, according to the Center for Retirement Research at Boston College’s calculations on the Department of Labor’s Form 5500 data.This figure has its own caveats, however — it doesn’t take into consideration if an employer closed one plan to open another or count situations where businesses merged and renamed a plan. The 5500 is also only for plans with at least 100 participants.

It also has exceptions for small businesses with less than 10 employees and companies in their first three years of business.

The contribution may also be too small. Under the proposal, plans could start with a deferral rate as low as 3%. While this amount is better than nothing, it should be a starting point. Depending on when an individual begins saving and how much they may expect to need in retirement, those rates might not be high enough to meet their ultimate financial goals and live comfortably in retirement.

Thaler, who has been credited with helping Americans save billions of dollars for retirement, has also noted the importance of a slightly higher default rate for contributions. Employers should be starting at 6%, for example, and if many employees opt out saying it’s too steep a contribution, then lower the beginning rate. In an interview with State Street Global Advisors in 2016, Thaler said there was no evidence that employees would be more likely to opt-out because of a higher starting point.

Perhaps the biggest flaw in this plan is the fact that this requirement misses an entire population. One of the gravest dangers to Americans’ retirement security is the lack of access to employer-sponsored retirement plans, which an auto-enrollment policy would not solve.

Only 43% of all U.S. workers were participating in a workplace retirement savings plan in 2019, according to the Pension Rights Center. Congress still needs to address the more than half of workers who are without access, Munnell said.

What more can be done

A handful of states have taken it upon themselves to give workers retirement accounts, and the federal government should take note, Munnell said. Oregon, California and Illinois have implemented state-sponsored retirement programs, which allow employers to offer an individual retirement account employees can use similarly to a 401(k) with its deferred, tax-advantageous contributions. Passing legislation for more auto-IRA programs like that “would be the single most valuable thing Congress could do,” Munnell said.

These are all promising provisions, but they’re not enough, experts said. There are many other holes in retirement security to patch, and plenty of proposals floating in and around Capitol Hill to address them. For example, Social Security’s trust funds are expected to be depleted by 2035, and the coronavirus crisis may even accelerate that timeline. Millions of Americans rely on Social Security for some, if not most, of their retirement income, but if nothing is done to fix the insolvency issue, they’ll only receive about 80% of the benefits they’re owed.

“That is the most urgent retirement security priority,” said Kathleen Romig, senior policy analyst at the Center on Budget and Policy Priorities. “It is something policymakers don’t have in the agenda because of so many other emergency concerns but they’ll need to think about it soon.”

Legislators have historically shied away from discussing Social Security — another form of a “forced” retirement plan for Americans, despite the fact it was not created to be the sole source of income for retirees. Proposals for the program can be controversial because Democrats typically support endeavors such as raising taxes to fund and expand the program, while Republicans in the past have suggested cutting benefits. Even with Democrats now in control of the executive and legislative branches, enacting any laws for Social Security will be difficult, as politicians rarely agree on what to do and Social Security legislation requires a supermajority vote.

“It will take serious efforts to get something going,” Romig said.

These concerns add to the pile of issues facing this rapidly aging country, including underfunded pension plans, the effects of caregiving on current and future retirement savings, the high costs of health care that could drain the finances of elderly Americans and the need for more conversations about long-term care.

“Half of American households today are not going to have enough to maintain their standard of living in retirement, and that is the bottom line,” Munnell said. “This is an inadequate system we have.”

A Ledger Hardware Wallet Is the Best Solution to Protect and Own Your Private...