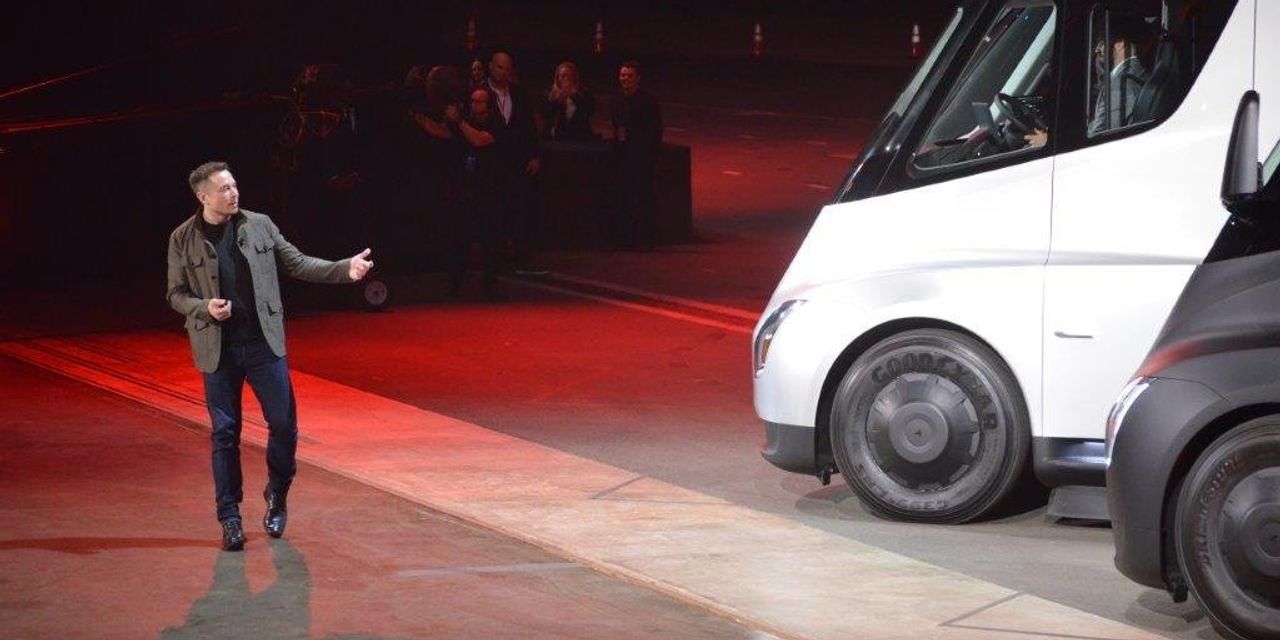 Massive disruption is hurtling down the highway toward a $1.5 trillion global trucking market, as legacy manufacturers and new entrants alike grapple for pole position in a race for dominance in zero-emissions trucks.

Electric vehicles have sped into the attention of investors in the last year, as stocks like Tesla
TSLA,
,
Nikola
NKLA,
,
NIO
NIO,
,
XPeng
XPEV,
,
Li Auto
LI,
,
and BYD
1211,

roared higher. And that is for good reason: electric vehicles will have penetrated 100% of the global car market by 2040, according to UBS
UBS,
.
By just 2025, the Swiss bank expects two players — Tesla and Volkswagen
VOW,

— to have already emerged as the world’s top EV sellers, delivering around 1.2 million cars each as soon as next year.

But vehicle emissions concern more than just cars. There are bigger things that move.

Amid changing regulations and technological innovation, both battery-electric and hydrogen-fuel-cell alternatives to internal combustion engines are emerging to disrupt the global trucking market, estimated by UBS to be worth $1.5 trillion.

Essential reading: Buy these 3 battery stocks to play the electric-vehicle party, but stay away from this company, says UBS

The Swiss bank expects zero-emissions vehicles, or ZEVs, to eventually displace trucks powered by internal combustion engines, with the pace of change accelerating rapidly compared with three years ago as new entrants join the fray.

In a report published on Wednesday with the contribution of 21 analysts, UBS said it expects most of the trucking market to be shared among battery-electric vehicles and fuel-cell electric vehicles, which are powered by hydrogen. Renewable natural gas could also play a smaller role in the market, the analysts said.

The main driving force is global emissions regulations, but the economics of both battery and fuel-cell ZEVs are also highly-competitive. UBS projects that heavy-duty trucks powered by batteries or fuel cells will be more cost effective than diesel by 2030, including the cost of infrastructure. However, input supply remains a challenge, with global shortages in battery cells expected by 2025, according to UBS, and the green hydrogen industry still young.

UBS predicts that 30% of heavy-duty truck sales in North America, Europe, and China will come from ZEVs by 2030, with ZEV trucks making up 40% to 60% of medium-duty sales across these regions.

Read this: Forget Nio and XPeng. This company and Tesla will be the top two electric-vehicle plays by 2025, says UBS.

If Tesla’s targets are taken at face value, then its heavy-duty, battery-electric Semi truck will be a “superior alternative” to internal combustion engines by 2025, UBS said.

In fact, to the extent that Tesla can hold on to a lead in battery innovation, analysts at the Swiss bank believe the American company “may have a built-in advantage” over legacy heavy-duty truck manufacturers relying on third parties to supply batteries.

Conventional truck and engine manufacturers are expected to fight hard to retain control, including through new offerings and partnerships, but UBS expects them “to lose at least some share” of the market. Incumbent manufacturers face the “biggest headwind” in this changing space, the bank said.

In medium-duty trucks, new entrants like Rivian, Lion, and Chanje are establishing a presence and will be key challengers. These companies are currently privately held, but could go public through an initial public offering or merger with a blank-check, special-purpose acquisition corporation.

As for heavy-duty trucks and engines, expect Tesla, Nikola, and Hyliion
HYLN,

to dominate if they are able to execute on their respective visions, UBS said, though incumbents like Toyota
7203,

are also expanding globally. The analysts noted that both battery-electric and fuel-cell offerings from new entrants are still in development and could fall short of targets for both weight and range.

In UBS’ model, all of the following conventional truck and engine manufacturers are expected to lose market share by 2030: Cummins
CMI,
,
Daimler
DAI,
,
Volvo
VOLV.B,

— which owns Mack Trucks — and Traton
8TRA,
,
which is majority-owned by Volkswagen and is expected to complete its acquisition of Navistar
NAV,

In this battle among truck makers, UBS expects infrastructure, battery, and fueling companies to rise above the fray and enjoy the most tailwind. These groups of stocks make up their favorite picks. The Swiss bank is watching power infrastructure company Quanta Services
PWR,

More of UBS’ most- and least-preferred stock picks from the report are outlined in the chart below: