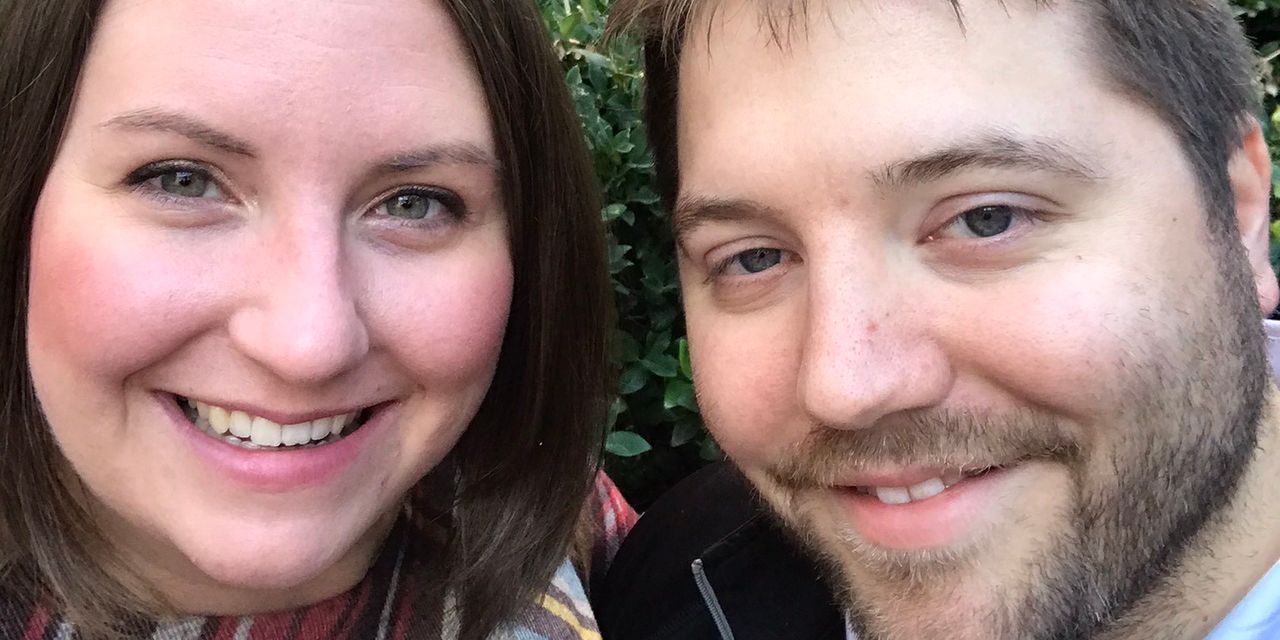 After renting their home in Aurora, Colo., for the last six years, Kristin Mallory and her husband were ready to make the leap to becoming homeowners. And while they went into the home-buying process expecting a challenge, what they’ve encountered is nothing like they’ve expected.

“We had no idea how terrible and competitive the Aurora market is now,” Mallory, 33, said. “Houses that just go on the market have no availability for showings. When you do find something that fits your parameters, you are outbid.”

“
‘We have some money and are pre-approved by 3 different banks.’
”


Mallory, who works in financial services, considers herself fortunate to have been able to grow her family’s savings amid the pandemic, unlike many other renters. Both she and her husband kept their jobs throughout the nationwide crisis, and staying at home more came with financial benefits.

The couple also live with Mallory’s mother, who currently works as a teacher but hopes to retire soon.

“We wanted to make sure we found a home that continued to have space for her, as she nears retirement, and had a good yard for our two dogs and to accommodate our garden and backyard gatherings, once COVID is over,” Mallory said.

The couple pays over $2,000 a month — roughly equivalent to what a monthly mortgage payment would be — but still they’ve been unable to gain their footing in the Aurora market.

Regularly, Mallory and her husband have seen homes get upwards of 20 offers, including bids from corporations and investors who make all-cash offers.

“We have some money and are pre-approved by 3 different banks, but we can’t compete with all cash,” Mallory said.

The desire to own a home

The situation Mallory and many other prospective buyers are facing underscores the challenges the U.S. faces in expanding homeownership.

The homeownership rate across the country has never fully recovered since the Great Recession. And Americans looking to become homeowners face major hurdles on the path toward that goal.

A new report from the U.S. Census Bureau analyzed the fluctuations in homeownership over the 15-year period between 2005 and 2019, capturing the peak of the last housing bubble and the trough that occurred after the Great Recession.

During the period between 2009 and 2014, the homeownership rate significantly decreased in 46 states and the District of Columbia — the four outliers were Arkansas, Hawaii, South Dakota and Vermont, which saw no increase or decrease in homeownership at that time.

“
The homeownership rate across the country has never fully recovered since the Great Recession.
”

“After multiple years of declines in the wake of the Great Recession, the homeownership rate has leveled off and even begun to show signs of a small rebound in recent years,” the Census Bureau researchers wrote in report.

The desire to be a homeowner remains strong, housing economists say.

“Except for that cohort of people that were hardest hit through the financial crisis, if you look at both younger and older generations the survey evidence indicates that there is still a very strong aspiration toward homeownership,” said

Impact of the Great Recession

Despite that strong aspiration, the level of homeownership has yet to return to the highs that occurred prior to the Great Recession. As of 2019, the homeownership rate was estimated to be 64.1%, roughly in line with its level over the past three years. It’s an improvement from the recent low of 63% set in 2015, but it’s still well below the record high of 67.3% in 2006.

Some argue the previous level of homeownership may have been unsustainable. “We saw that in terms of the level of delinquencies and foreclosures that flowed out of that,” Fratantoni said.

Some of the regulations that followed the housing crisis including the ability-to-repay rules “have put the housing and mortgage industries on a much more stable foundation.”

The Census report also demonstrated how much homeownership varies across the country. Some states, including Wyoming, Arizona and Idaho, have seen significant gains as their housing markets have rebounded from the last recession, while others like South Dakota and Connecticut continue to see declines in homeownership.

Other reports have shown how a significant homeownership gap persists in this country, with Black Americans being far less likely to own their homes than their white peers.

“Going forward, I would expect the homeownership rate to slowly continue to creep up,” said Tendayi Kapfidze, chief economist at LendingTree
TREE,
.
“But I do think there are significant challenges to folks becoming homeowners.”

For Americans who rent, housing isn’t cheap. As Kapfidze notes, most renters already pay a comparable amount in rent each month to what the prevailing mortgage payment is in their area. Indeed, in many parts of the country homeowners pay less on an ongoing basis for their housing than renters do.

When those factors are taken into consideration, it becomes clear that the ongoing costs are not the barrier to homeownership — rather, it’s the upfront fees. A recent survey from Realtor.com showed that 44% of would-be first-time home buyers were holding back because they didn’t have enough money for a down payment.

“
The K-shaped recovery amid the COVID-19 pandemic has made homeownership even more of a challenge for some.
”

The K-shaped or two-pronged recovery that’s occurred amid the COVID-19 pandemic has made that even more of a challenge for some. Renters who managed to hold onto white-collar jobs that could be completed from home have managed to grow their savings — mainly because they were spending less on things like food, entertainment, vacations and commuting.

“However, for many others, job and income loss has likely knocked their savings goals off track, and it will be a challenge to get back on track to achieve major goals like buying a first home,” said Danielle Hale, chief economist at Realtor.com.

subsidiary Move Inc., and MarketWatch is a unit of Dow Jones, which is also a subsidiary of News Corp.)

Some policy makers have proposed solutions to address the challenges associated with saving enough for a down payment. President Biden, during his 2020 campaign, rolled out a housing plan that included a $15,000 first-time home buyer tax credit, which would allow buyers to use that money for a down payment and other fees associated with purchasing a home. A recent report from Zillow
ZG,

found that this policy could help millions of Americans become homeowners.

There aren’t enough homes to go around

Some housing experts have warned that proposals designed to make purchasing a home easier could end up missing the mark.

“My fear is that it will do just the opposite,” said Rick Sharga, executive vice president at real-estate data company RealtyTrac. “In a market with more demand than supply, adding more buyers will simply increase the competition for the handful of homes for sale, and ultimately is likely to drive up prices even more quickly, and make the properties even less affordable.”

Here, again, the specter of the pandemic rears its head. As Americans have stayed at home to avoid catching COVID-19, many have grown weary of their cramped quarters, particularly in more urban areas.

That’s prompted many people to change their plans and move to the suburbs. And the low interest rates triggered by the economic fallout from the pandemic also greased the wheels for many prospective buyers.

“
‘Adding  more  buyers will simply increase the competition for the handful of homes for sale.’
”


Bottom line: There aren’t enough homes to go around. Even before the pandemic, the inventory of homes for sale was viewed as a potential limiting factor for the market. The Great Recession caused a pullback in homebuilding activity, which has left the country under-supplied in terms of housing.

Another wrinkle: When the coronavirus began to spread, Americans who might have otherwise listed their properties for sale balked at the prospect of having strangers walking through their homes.

As a result, the number of listings has plummeted. Construction of new homes has picked up significantly, but that alone doesn’t make up for the difference. Demand remains as strong as ever though, meaning more buyers are entering bidding wars and driving home prices sky-high. As of January, home prices were up 11.2% nationwide compared with a year ago, representing the fastest pace of home price growth in nearly 15 years.

“We need to build more homes and directly address that inventory challenge,” Fratantoni said. To achieve that, economists say that states and localities need to review zoning regulations that impede the construction of new housing, while federal policymakers must reconsider tariffs on lumber and other materials that drive up the cost of building.

What level of homeownership is sustainable?

Recent reports have suggested that the homeownership rate improved markedly amid the pandemic, but economists have warned that issues surrounding data collection will make it difficult to ascertain the level of homeownership in the country for some time to come.

Moving forward, the question of what level of homeownership is supportable arises. The peak seen prior to the Great Recession was fueled, in part, by lending practices that saw banks making mortgage for borrowers who could not afford the homes they were purchasing.

As Kapfidze argues, addressing broader economic issues such as income inequality will work to make homeownership a more easily achievable goal for many Americans.

Yet, as barriers to homeownership remain, that impact will be felt by communities across the country. Mallory and her husband have started to consider moving to another city because of the difficulties they face buying a home in Aurora.

“Affordability and accessibility are two different things — and very few people are talking about how to make housing accessible to the working class,” Mallory said.

For Mallory, the thought of moving elsewhere is heart-breaking. Her family has become intertwined with their local community. They shovel their neighbors’ sidewalks after snowstorms, distributed food and clothing to people without homes and donated supplies to local schools.

“This is our community — we are looking to build our lives here,” Mallory said. “Owning a home is a part of that — or it used to be.”

‘This hellfire of a year’: COVID-19 long haulers face financial and medical...

US Court Authorizes IRS to Summon Cryptocurrency User Records From Circle and...
Scroll to top