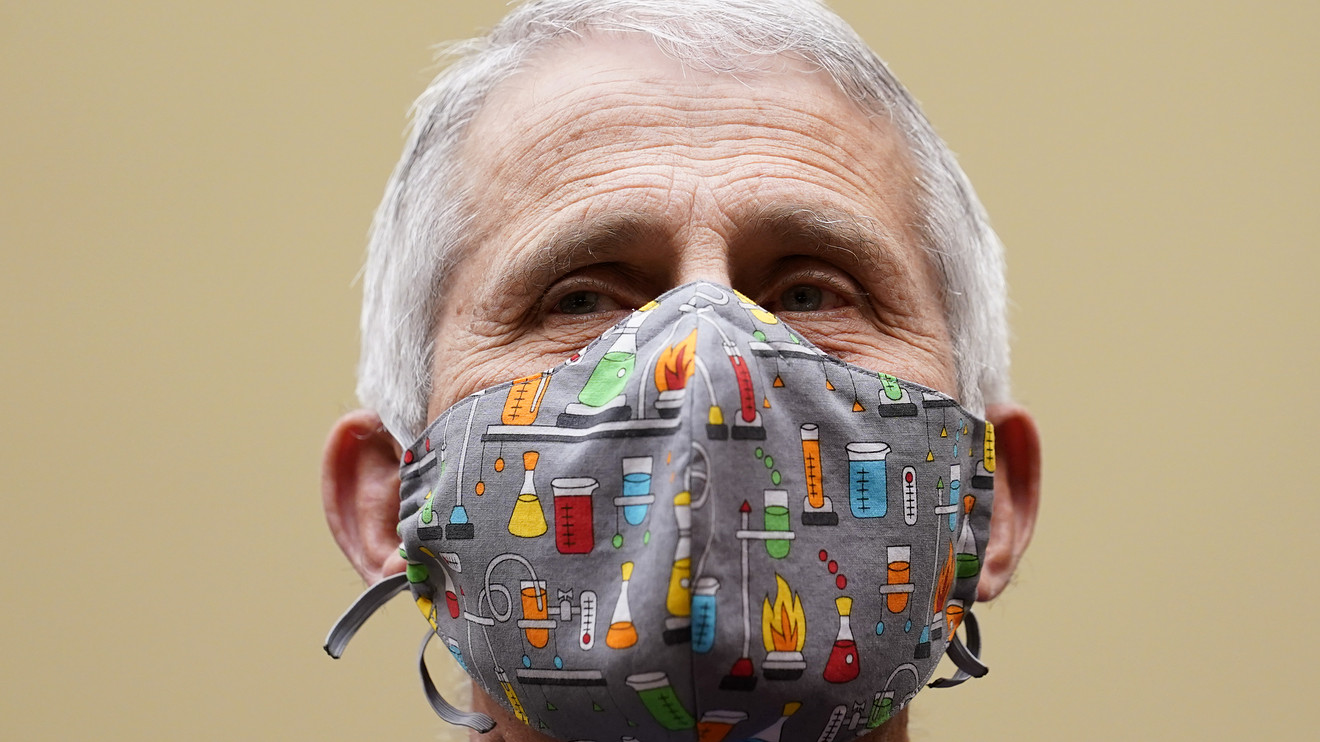 During a House Select Subcommittee on the Coronavirus Crisis hearing on Thursday, Dr. Anthony Fauci, one of the top U.S. health officials on the COVID-19 pandemic, drew a road map for the country’s return to relative normality.

“What determines when?” Rep. Jim Jordan, a Republican from Ohio, challenged Fauci. The congressman said restrictions on movements and closures of businesses had impinged upon people’s rights to go to church and even leave their homes. He called it a year-plus-long loss of liberty.

“
‘We would have liked to see it go all the way down to a very, very low level arbitrarily. We don’t know what that number is — probably less than 10,000 per day.’
”

Fauci, the director of the National Institute of Allergy and Infectious Diseases, replied, “You’re indicating liberty and freedom. I look at it as a public health measure to prevent people from dying and going to the hospital.”

“My message, Congressman Jordan, is to get as many people vaccinated as quickly as we possibly can to get the level of infection in this country low, [such] that it is no longer a threat. That is when, and I believe when that happens, you will see,” he said.

He continued: “We would have liked to see it go all the way down to a very, very low level arbitrarily. We don’t know what that number is — probably less than 10,000 per day. We’re at a critical turning point. Every day we get better and better at being able to control it.”

Currently, 23% of the U.S. population has been fully vaccinated, and, the Centers of Disease Prevention told CNN, 5,800 vaccinated people have still contracted COVID-19. Of these “breakthrough cases,” 74 people died, and several became seriously ill.

Also Thursday, Pfizer CEO Albert Bourla told CNBC that people will likely require a third vaccine dose after 12 months, and potentially annual vaccinations thereafter. When asked about the prospects for a next-generation vaccine that can fend off emerging variants of the coronavirus SARS-CoV-2, Fauci told the hearing that the endgame was a universal vaccine, the business-news channel reported.

“There are a number of ways of doing that,” he said. “We have important and new platform technologies, and we believe for example that we can apply the mRNA technology to get to that goal of getting a broad response against all possible variants.”

Fauci has in the past said that if the U.S. achieves 70% to 85% of the population vaccinated, that would equate to good “herd immunity,” and the country should start to see a return to normality by the fall. That, of course, may depend on individuals’ age, circumstances and underlying conditions.

The Food and Drug Administration and the Centers for Disease Control and Prevention recommended a pause in the use of the Johnson & Johnson vaccine this week as they examine six severe cases of blood clots among the roughly 7 million people who’ve taken it. The pause was extended late Wednesday so that government scientists can gather and analyze more data.

The vaccine from Johnson & Johnson unit
US:JNJ
Janssen is an adenovirus vector-based vaccine that only requires one shot. Clinical trials showed it had 72% efficacy in the U.S.

J&J has also paused its rollout in Europe.

The two-shot mRNA-based vaccines made by Pfizer
US:PFE
with German partner BioNTech SE
US:BNTX
and Moderna
US:MRNA
make up the majority of shots administered in the U.S., with clinical data pointing to efficacy rates in the mid-90s. Mayo Clinic research puts their “real world” effectiveness at closer to 88.7%.

As of Thursday, 31.5 million people have been infected by the novel coronavirus first identified in Wuhan, China, late in 2019, according to Johns Hopkins University. Worldwide, more than 2.9 million people have died from the disease, including 565,240 in the U.S.

All the tech crammed into the 2022 Mercedes-Benz EQS – TechCrunch