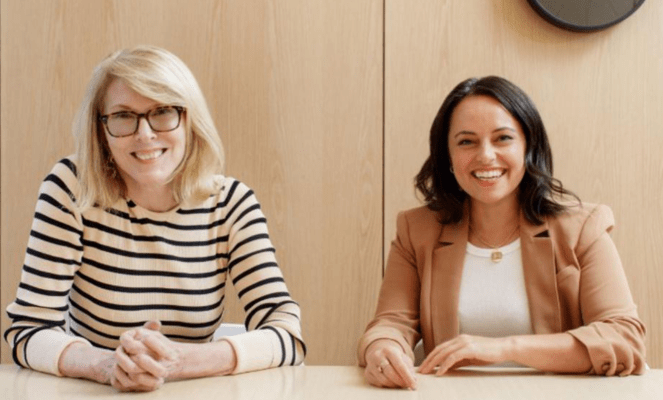 BBG Ventures, a now eight-year-old, New York-based seed- and early-stage venture firm that only backs founding teams which feature at least one woman, just locked down $50 million in capital for its third fund, a major leap over its first two funds, both sized at $10 million.

One determining factor in the bigger fund is that BBGV, formerly backed exclusively by AOL (now Verizon Media), now has a broader pool of institutional and individual investors, including the State of Michigan Retirement Systems, the George Kaiser Family Foundation and Verizon Ventures, along with Poshmark cofounder Tracy Sun, ClassPass cofounder Payal Kadakia, and venture capitalists Aileen Lee, Theresia Gouw, and Jennifer Fonstad.

The young firm also has a track record to which to point. Though an investment in the coworking space The Wing may have taken an unexpected turn, hurt by a national lockdown and internal turmoil, other bets have been growing, including the e-commerce platform Zola; the feminine hygiene brand Lola; and Spring Health, a mental health benefits platform for employers that recently closed on $76 million in Series B funding led by Tiger Global Management.

That’s saying nothing of the vast and underserved opportunity to invest in women-led teams that BBGV’s founders, Susan Lyne and Nisha Dua, believe most venture firms still don’t fully appreciate.

We talked earlier today about why that is with Lyne, who is a former ABC president, former Martha Stewart Living CEO and former CEO of AOL Brand Group; and Dua, who is a former lawyer, management consultant, chief of staff to Lyne, and founder. Our conversation has been edited for length.

TC You’ve raised $50 million. What size checks will you be writing? Are you looking to take bigger positions or do you have a more diverse approach?

ND: We’re looking at writing $500,000 to $1 million checks. We look for 7.5% to 10% ownership, and we’re open to co-leading, but we prefer to lead. We’ve been leading rounds already with this with this fund. We’ll likely do about 30 companies from the fund, backing a mix of pre-seed and seed-stage startups, with reserves for follow-on funding.

TC: You’ve invested in nearly 80 startups over the years. What has been your biggest investment to date?

TC: Have you — or would you — ever form a special purpose vehicle to invest more in a startup than your fund enables?

SL: We didn’t do it for our last funds, but we did our first SPV for this fund, in a company called Starface, which is skincare company that takes a very different approach to the acne problem. You’ve probably seen the gold stars [that its customers apply to their pimples] on social media. They’ve been growing very fast and did a Series A recently and we took part of it ourselves but we also opened an SPV for one of our LPs.

SL: We’ve done a lot of investing thus far in health and well being. That’s our largest category. The second is the future of work and education; the third is climate-friendly commerce; and the fourth is really underestimated, or emerging consumers. In all of those areas, we have actually found there are many, many, many female founders who are active and building great companies

ND: Also, we [have historically] described ourselves as a consumer fund, but we are doing more B2B in this fund, where we think that the B2B approach could solve a bigger consumer problem, including for many millions of consumers.

TC: What’s an example of what you mean?

SL: Grayce, which is doing eldercare and actually selling to employers as an employee benefit. If you look at the cost to companies because of the number of hours and days that many people invest in taking care of an aging parent or trying to figure out what the next step is for them [you appreciate the need for this kind of service]. This platform not only allows you to connect with someone who can help you plan but also points you to the resources you need, including financial resources, legal resources, and living resources.

ND: Another is Full Harvest, a marketplace and logistics platform that takes all the excess food on a farm that doesn’t meet cosmetic standards and resells it to juice and salad makers and other food brands and manufacturers.

TC: You mentioned Julia Collins. Do you know how many first-time founders you’ve backed versus repeat entrepreneurs?

ND: There’s a mix. We don’t have a preference.

TC: Do you have a geographic focus?

SL: I would say, New York City is definitely our primary source for for companies for a lot of reasons, including that there’s a very rich and active female founder community here. This is the headquarters for many different kinds of industries, so you get a range of talent here. But we’ve also invested in San Francisco companies, companies in Los Angeles, in Milwaukee, in San Diego. [We see] opportunity in at least a dozen cities across the country.

TC Have have your syndicate partners changed over time, if at all?

ND: That’s been one of the most exciting things of the past few years. We love to partner with women GPs — folks like Kara Norton of Upfront Ventures and Jess Lee of Sequoia. There is a great spiderweb of women GPs emerging at these top venture funds who can create these strong relationships and are ultimately leads for follow-on rounds.

TC: Do think women-led teams are receiving the valuations they would if they were all-male teams? I was horrified to read earlier today that the wage gap between men and women has improved by 8 cents over the last 25 years.

SL: I can’t speak authoritatively about whether women are getting lower valuations across the board. We certainly know that they are getting a vastly lower percentage of the venture capital investment. If you look at the stats about the amount of funding for women in 2020 versus men, it’s definitely disturbing and shows the vast majority of venture capital is still going to all all male teams. I think some of that is due to the megarounds that we’ve seen, but not enough of it to make a significant difference.

ND: I think it was Harvard Business Review that did some really interesting research at a [2017] TechCrunch Disrupt event that overwhelmingly suggested that men are judged on their potential and women are often judged on their current expertise, and we [might] surmise that [these factors] could have something to do with valuations.

It’s why we’re leading rounds. We see the opportunities that these female-led teams are going after — and we have the opportunity to assess them on their exact merits.

Domestic and Foreign Buyers Acquired a ‘Tokenized’ Apartment in...
Scroll to top