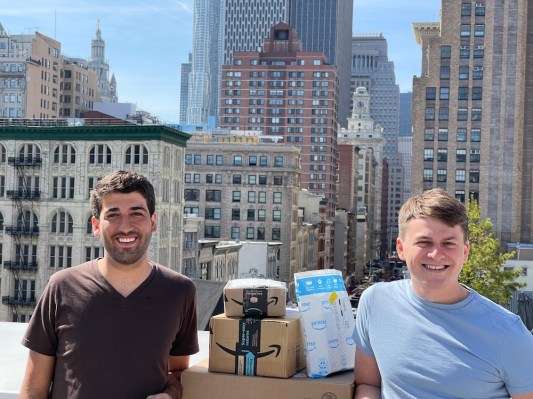 Benitago Group, a startup looking to build a big portfolio of Amazon brands, is announcing that it has raised $55 million in new funding — most of it in the form of credit lines to fund acquisitions, plus an equity investment.

“We want to take these brands and growth them and run them a lot more efficiently,” said co-founder Santiago Nestares.

Other startups have also raised big rounds to roll up Amazon FBA (Fulfillment by Amazon) businesses, but Nestares told me that Benitago is different because it’s not just focused on “financial arbitrage.” Instead, it has created a detailed, repeatable blueprint to continue growing these business.

Nestares and his co-founder Benedict Dohmen (they each gave the company a few syllables for its name) started Benitago while students at Dartmouth, with the back pain brand Supportiback. The company has subsequently expanded into categories like beauty, maternity and nutrition, but Nestares said they funded that growth with revenue, without raising much outside capital before now.

As a result, team members may not have been experts in, say, orthopedics, but they’ve succeeded because they’re “hyper-focused” on how brands can grow on Amazon, becoming what Nestares described as “Amazon natives.”

The process usually starts with a comprehensive look at the competitive landscape and what customers are saying in their reviews. Then, Nestares said, “We design everything around Amazon, from the feature selection to the way we create the colors in the packaging [to] the way the product fits in an Amazon box.”

The company said that when it acquires brands, the process only takes a few weeks, and that the previous owners retain a financial stake in the brand’s continued growth.

Amazon is unlikely to lose its e-commerce dominance anytime soon, but Nestares acknowledged that building Benitago’s business on a single platform is its “biggest risk.” At the same time, he suggested that the risks aren’t the same as, say, those faced by companies who are threatened any time Google changes its search algorithm.

“I think Amazon is different, because Amazon has the same goal as you: To sell to the customer as much as they can,” he said.

Benitago currently operates five brands with more than 100 total products. With the new funding, that number could increase dramatically — Nestares said there are 12 new brands in development, while he’s also hoping to acquire another 25 or more brands by the end of the year.

CoVenture led the equity funding and provided one of the credit lines.

What Silicon Valley could learn from China’s Q&A platform Zhihu – ...

Over $6B in Bitcoin Options Set to Expire Today, April Contracts Show Bets for...
Scroll to top