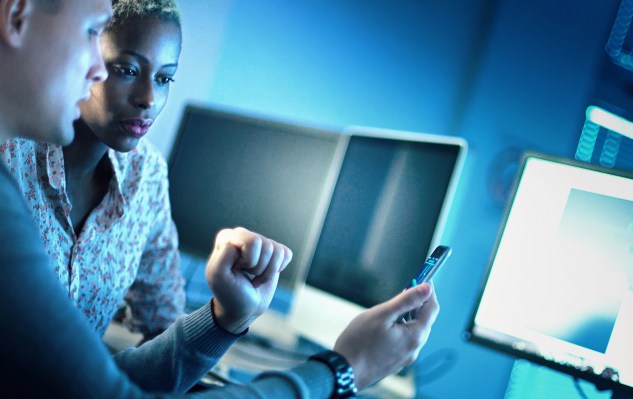 No-code startups continue to see a lot of traction among enterprises, where employees — strictly speaking, non-technical, but still using software every day — are getting hands-on and building apps to take on some of the more repetitive aspects of their jobs, the so-called “citizen coders” of the working world.

And in one of the latest developments, a Bryter — an AI-based no-code startup that has built a platforms used by some 100 global enterprises to date across some 2,000 business applications and workflows — is announcing a new round of funding to double down on that opportunity. The Berlin-based company has closed a Series B of $66 million, money that it will be investing into its platform and expanding in the U.S. out of a New York office it opened last year. The funding comes on the heels of seeing a lot of demand for its tools, CEO and co-founder Michael Grupp said in an interview.

“It was a great year for low-code and no-code platforms,” said Grupp, who co-founded the company with Micha-Manuel Bues and Michael Hübl. “What everyone has realized is that most people don’t actually care about the tech. They only care about the use cases. They want to get things done.” Customers using the service include the likes of McDonald’s, Telefónica, and PwC, KPMG and Deloitte in Europe, as well as banks, healthcare and industrial enterprises.

Tiger Global is leading this round, with previous backers Accel, Dawn Capital, Notion Capital and Cavalry Ventures all also participating, along with a number of individual backers (they include Amit Agharwal, CPO of DataDog; Lars Björk, former CEO of Qlik; Ulf Zetterberg, founder and CEO of Seal Software; and former ServiceNow global SVP James Fitzgerald).

Accel and Dawn co-led Bryter’s Series A of $16 million less than a year ago, in June, a rapid funding pace that underscores both interest in the no-code/low-code space — Bryter’s enterprise customer base has doubled from 50 since then — and the fact that startups in it are striking while the iron is hot.

And it’s not the only one: Airtable, Genesis, Rows, Creatio, and Ushur are among the many ‘hands-on tech creation for non-techie people’ startups that have raised money in the last several months.

Automation has been the bigger trend that has propelled a lot of this activity: knowledge workers today spend most of their time these days in apps — a state of affairs that pre-dates the pandemic, but has definitely been furthered throughout it. While some of that work still requires manual involvement and evaluation from those workers, software has automated large swathes of those jobs.

RPA — robotic process automation, where companies like UiPath, Automation Anywhere and Blue Prism have taken a big lead — has accounted for a significant chunk of that activity, especially when it comes to reading forms and lots of data entry — but there remains a lot of other transactions and activities within specific apps where RPA is typically not used (not yet at least!). And this is where non-tech workers are finding that no-code tools like Bryter, which use artificial intelligence to deliver more personalised, yet scalable, automation, can play a very useful role.

“We sit on top of RPA in many cases,” said Grupp.

The company says that areas where its platform has been implemented include compliance, legal, tax, privacy and security, procurement, administration, and HR, and the kinds of features that are being built include tools like virtual assistants, chatbots, interactive self-service tools, and more. These don’t replace people as such but cut down the time they need to spend in specific tasks to process and handle information within them.

That scalability, and the rapid customer up-take from a pool of users that extends beyond tech early-adopters, are part of what attracted the funding. “Bryter has all the characteristics of a top-tier software company: high quality product that solves a real customer pain point, a large market opportunity and a world-class founding team,” said John Curtius, a partner at Tiger Global, in a statement. “The feedback from Bryter’s customers was resoundingly positive in our research, and we are excited to see the company reach new heights over the coming years.”

“Bryter has seen explosive growth over the last year, signing landmark customers across a large number of sectors and use cases. This does not come as a surprise. In the pandemic-affected world, digitalisation is no longer a nice to have, it is an imperative,” added Evgenia Plotnikova, a partner at Dawn Capital.