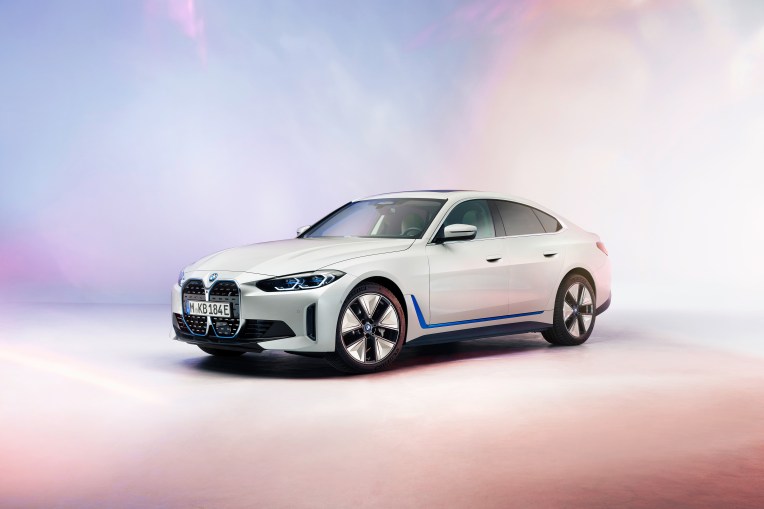 BMW plans to have 25 electrified cars in its lineup by 2025 and it’s taking a few more steps in this direction this year with the launch of the all-electric iX SUV and the i4 sedan. Today, for the first time, the German automaker shared a few more details of what we can expect from the i4, its first fully-electric sedan, in addition to sharing the first exterior shots of the new model.

BMW promises up to a 300 miles range, according to its own preliminary tests based on the EPA’s test procedures. Enough to go from L.A. to Las Vegas. That’s the same range as the iX will be able to cover on a single charge and a slight increase in horsepower compared to BMW’s new SUV. And while that range is less than what Tesla and some other competitors can offer, it’s still more than what’s possible with comparable all-electric Porsche and Audi models like the eTaycan and e-tron GT, which are in the lower 200s.

“With its sporty looks, best in class driving dynamics and zero local emissions, the BMW i4 is a true BMW. It makes the heart of the BMW brand now beat fully electric,” said Pieter Nota, member of the Board of Management of BMW AG responsible for Customer, Brands, Sales.

For now, we don’t have any pricing details or additional specs for the i4. It will become available later this year, so we’ll likely see more details in the summer.

“The iX is purpose-built, it’s spectacular and it’s a completely new BMW X product,” Frank Weber, BMW’s head of development, said at a press event earlier this week. “But what people are longing for is to see that we have a sport sedan that is fully electric. […] And the i4 has everything it takes to have a real sporty sedan from BMW that is fully electric.”

And indeed, unlike the somewhat quirky i3, BMW’s first all-electric car, the i4 is a standard, four-door sedan (with real passenger doors, unlike the i3) — something that buyers in the market for a sporty yet roomy electric car from BMW in the spirit of the existing 4-series will likely appreciate.

Earlier this week, BMW also announced version 8 of its iDrive operating system, which will feature a new dashboard layout and visual design, with two curved screens. It will make its debut in the i4 and iX.

Want to Mint and Sell an NFT? These Tools Can Give Anyone the Skills to Issue...
Scroll to top