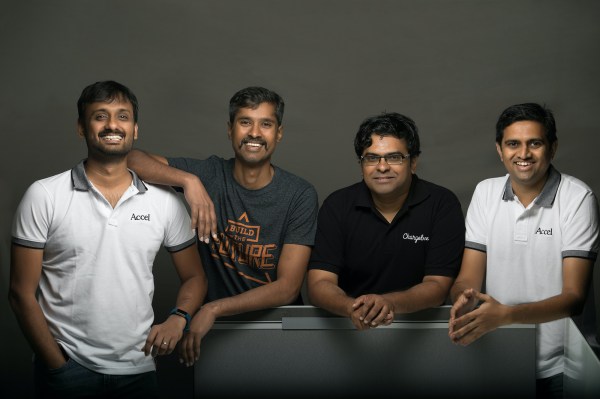 A startup that enables businesses to set up and manage their billing, subscription, revenue operations and compliance has become the newest firm to earn the much coveted unicorn status.

Chennai and San Francisco-headquartered Chargebee said on Tuesday it has raised $125 million in its Series G financing round led by Sapphire Ventures and existing investors Tiger Global and Insight Venture Partners.

The new financing round valued the 10-year-old startup at $1.4 billion, a 3x increase since the Series F round six months ago. Some other existing investors also participated in the new round, said Chargebee, which has raised $230 million to date.

If you’re a business, setting up and managing a subscription service — to ensure recurring revenue — could prove to be a complex process. You may want to offer a free 30-day trial to new potential customers. What if some customers want to move to a different pricing tier? These are some of the problems Chargebee is equipped to handle.

One of the key strengths of Chargebee is that it can help even large enterprises move to a subscription model within 10 days.

The industry is going through a “significant change” with businesses digitally transforming themselves and moving to the SaaS model, Krish Subramanian, co-founder and chief executive of Chargebee, told TechCrunch in an interview. And it’s this change that has made Chargebee so vital to thousands of companies today.

Chargebee was founded in an apartment in Chennai, a city on India’s southeastern coast. Subramanian has credited reading blog posts by Joel Spolsky, founder of Trello, as an early inspiration to start his own venture.

“He was solving a very boring problem but in very interesting ways, and he used to share the story of how he is building a company,” he said in an earlier interview. “That was my inspiration that I should start my company like that. So while working at other companies we saved enough and acquired skills to start this.”

The startup’s offerings today are not limited to just billing. It also helps businesses plug revenue leakage, increase customer loyalty, expand into new categories with the backend ready, and experiment with pricing plans — introducing and removing them within 30 minutes.

It supports over 100 currencies, and dozens of popular payment gateways, including Stripe, Braintree, WorldPay and PayPal, and its global tax management coverage also helps businesses to expand to new markets. MakeSpace, an on-demand storage company, used Chargebee’s services to scale from four markets to 31 in one year, for instance.

The startup has amassed over 2,500 customers, most of whom are based in the U.S. and Europe. Some of these customers include brands such as cloud software Okta, business software firm Freshworks, calendar invites manager Calendly, training platform Linux Academy, and Japanese tech giant Fujitsu.

Subramanian said Chargebee’s revenue has doubled in the past 12 months and customer’s revenue has grown by 125%, though he didn’t disclose figures.

He said that like other businesses, Chargebee has been cautiously navigating the global pandemic. The fundraise six months ago ensured that the startup had enough capital in the bank to operate comfortably, he said.

But the recent growth Chargebee has seen prompted the startup to grow more aggressive. “There’s a window of opportunity for the next five years for us to build out this category beautifully and serve a lot of customers,” he said. “And that’s what led the startup to explore the new financing round, he said, adding that the fact that the cost of capital is lower currently in the market also played a role.

“As the global shift to subscription-first models continue to grow in popularity, Chargebee has an incredibly bold vision for new products for multiple market segments,” said Rajeev Dham, Partner at Sapphire Ventures, in a statement. “After years of knowing them, I’ve been most impressed by their thoughtfulness and execution in building Chargebee as the emerging category leader that is reinventing the broader space.”

Chargebee will deploy the fresh capital to expand its suite of products and work on new capabilities to help enterprises in even more ways.

Tuesday’s announcement comes at a time when a slice of Indian startups are raising large amounts of capital at a much more frequent pace and at increased valuations as investors double down on promising bets in the world’s second-largest internet market. Chargebee is the seventh Indian startup to turn a unicorn this month, and 11th this year.

Ethereum Falls Below the Short-Term Upward Trend Line – What’s Next...