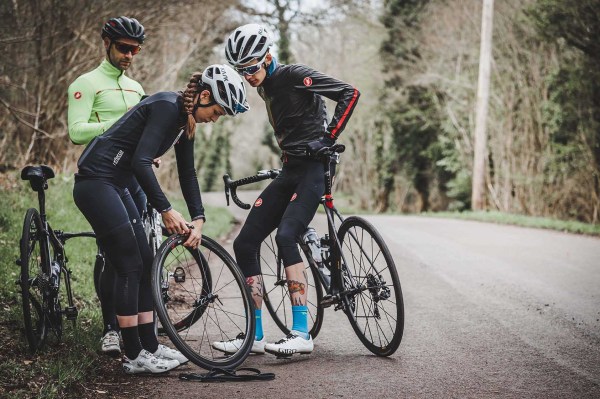 It doesn’t feel like a week goes by at the moment that another startup doesn’t emerge armed with a huge wallet of cash to pursue a strategy of consolidating and then scaling promising brands that have built a business selling on marketplaces like Amazon’s. In the latest development, a startup called Factory14 is coming out of stealth mode in Europe with $200 million in funding to snap up smaller businesses and help them grow through better economies of scale.

Along with this, Factory14 is also announcing its latest acquisition to underscore its acquisition strategy: it’s acquired Pro Bike Tool, a popular D2C seller of its own-brand bike accessories and tools, for an undisclosed sum. The company, which is now fully owned by Factory14, has kept the original founders on to lead the smaller company.

This is Factory14’s fourth acquisition since launching earlier this year, and the company said that its focus on acquiring marketplace sellers that are already seeing success and some scale means that it is already profitable.

The startup — based in Luxembourg and has offices in Madrid, London, Shanghai and Taipei — is describing this funding injection as a seed round, but in fact the majority of it is coming in the form of debt to acquire companies. Dmg Ventures (the VC arm of the Daily Mail Group) and DN Capital co-led the equity-based seed funding, with VentureFriends and unnamed individuals in the tech world also participating. Victory Park Capital, meanwhile, provided the credit facility and also participated in the equity consortium.

CEO Guilherme Steinbruch, an alum of Global Founders Capital (the investment firm co-founded by the Samwer brothers of Rocket Internet fame, among others), co-founded Factory14 with Marcos Ramírez (COO) and Gianluca Cocco (CBO) — who have respectively worked at e-commerce giants like Amazon and Delivery Hero.

Steinbruch himself also has an interesting background. He hails from Brazil and is a member of the powerful industrial family that controls a major steel producer, a leading textile producer and a bank (Steinbruch said that Factory14 has no connection to these, and is not an investor in the startup).

He said that the idea for founding Factory14 in Europe came out his interest in e-commerce and specifically the traction that Thrasio, one of the U.S. based the pioneers of the roll-up space, was seeing for the model.

The Marketplace on Amazon is a massive business. One estimate puts the number of third-party sellers at 5 million, with more than 1 million sellers joining the platform in 2020 alone. Thrasio, meanwhile, has in the past estimated to me that there are probably 50,000 businesses selling on Amazon via FBA making $1 million or more per year in revenues.

It’s the latter category that is the target for Factory14, Steinbruch told me. Its belief is that focusing on more successful businesses will mean a better hit rate on finding companies that have already built more solid supply chains, branding and overall quality. Being willing to pay a little more for these sellers, he said, will help it compete against what has become a very crowded field.

“There are many players, there is no denying it,” he said, adding that their research has (so far) found more than 50 roll-up players going for the same general opportunities that it is.

But in the process of planning out how Factory14 might differentiate itself in that mix, Steinbruch said it found some distinct differences.

“Some are looking for volume, and are willing to buy up many companies as cheaply as possible. But we took the decision to focus only on high-quality assets,” he said. “We knew we would have to pay higher multiples for a brand growing 200% a year, but when we started targeting these we were surprised to find there was less competition for these assets rather than for the smaller ones. That was a good surprise. It means that, yes, we have competition but we’ve managed to be pretty successful anyway.”

Even among the bigger retailers selling on Amazon using the e-commerce giant’s distribution and fulfillment platform, there are reasons for why the consolidators have started to circle beyond just wanting to jump on a good thing. The system has within it a lot of work is repeatable across many different companies, specifically in areas like analytics, supply chain management, marketing and more: building a framework that could handle those processes for many at once makes sense. There is also the fact that in many cases, marketplace sellers may have found themselves sitting on successful businesses but unable to source the investment (or the will) to scale them to the next step.

All the same, the mix of competitors hoping to scoop them up is a pretty formidable one, and the point of differentiation between them all may not in itself may not be as distinct as Factory14 (or any of them) hopes.

Just today, another ambitious player in this space, Heyday out of San Francisco, today announced a further $70 million in equity funding led by General Catalyst. It, too, is raising large amounts of debt and eyeing up more innovative ways of accommodating the most interesting companies selling on Amazon a bid for more quality and success.

“The top 1.5% of marketplace sellers are doing $1 million in revenues, and we believe there may be some that cross the $1 billion threshold eventually,” Heyday CEO and co-founder Sebastian Rymarz told me last week. To woo the best of them in the current market, as part of its ambition to become the “P&G” of the 21st century, it too is taking a very open-ended approach, he said.

“We have some come to Heyday, or we bring in our own brand managers. Sometimes it’s a matter of some ongoing participation and interest, growth equity where we buy some now and will buy more of your business over time. We are still defining that and that is fine, we are comfortable with that,” he said. “It’s about unique partnerships that we’re forming to accelerate their businesses.”

Closer to home in more ways than one, Berlin’s Razor Group — funded by Steinbruch’s former colleagues from GFC, and founded by ex-Rocket Internet people — earlier this month raised $400 million. Thrasio itself has raised very large rounds in rapid succession totaling hundreds of millions of dollars in the last year, and is also profitable. Others in the same area that have also raised huge warchests include Branded; Heroes; SellerX; Perch; Berlin Brands Group (X2); Benitago; Latin America’s Valoreo (with its backers including Razor’s CEO), and an emerging group out of Asia including Rainforest and Una Brands.

Even with all of this, there will be opportunities, these entrepreneurs believe, to bring together more disparate smaller e-commerce retailers to help them better leverage marketing, supply chains, analytics and wider business expertise to grow for the longer term, leveraging the marketplace model that has come to dominate how many shop online today.

Factory14 said it expects to have $20 million in “trailing twelve months” Ebitda by the end of 2021 and expects to double its team to 80 by that point too.

For as long as Amazon and its marketplace model remain, it seems investors will come with their checkbooks, too.

“E-commerce is undergoing structural changes which are enabling thousands of exciting new brands to be born every day,” said Manuel Lopo de Carvalho, CEO at dmg ventures, in a statement. “Factory14 can provide these brands with the tools, capital and expertise that enable them to play in the big leagues.”

Ian Marsh, principal at DN Capital, said that the VC did its homework before backing the startup, too. “We had discussions with most aggregators and were immediately impressed by factory14’s differentiated vision focused on strong consumer brands and the world-class team they have put together with top tier private equity investors combined with seasoned e-commerce executive and former Amazonians. We are excited to work with Guilherme, Marcos, Gianluca and the rest of the factory14 team to create brands that inspire consumers around the world.”