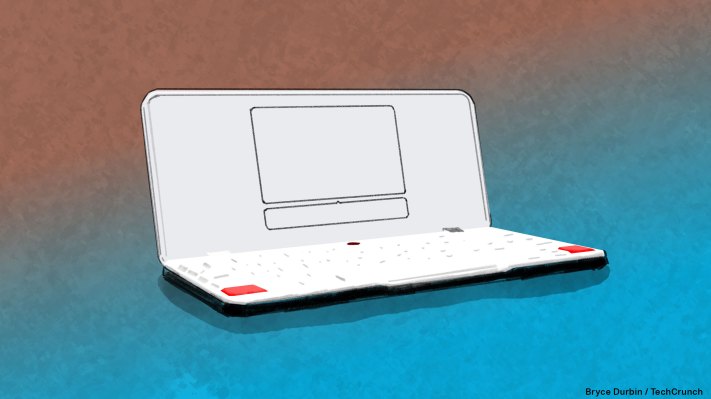 “It’s a little bit of a messy story,” Adam Leeb says with a laugh. The story that landed Astrohaus in Detroit on two separate occasions is a bit tangled, certainly. The hardwre startup’s cofounder and CEO isn’t the sort of hometown cheerleader you often encounter when speaking with executives who’ve opted to keep their organizations outside cities like San Francisco or New York.

Hailing from Detroit’s outer suburbs, Leeb cofounded the company in the Motor City in Fall 2014 with Patrick Paul. Astrohaus’s first – and best known – product was born as an attempt to offer users a “distraction-free writing experience.”

“I’m not even a writer,” Leeb says of the product’s inception. “What interests me about the product – what got me going – is yes, it’s about writing, but common among all of the things I’m interested in, is it’s more about process and productivity. That’s something I’m super passionate about. And making things easier that get out of your way and are really fun to use.”

Leeb, an MIT mechanical engineering graduate and Philips, a Michigan State graduate and software developer met through the Detroit startup community and got to work prototyping a word processing device that delivered the benefits of modern, without the sort of inherent distractions of computers and tablets that today’s writers know all too well.

The young company introduced itself to the world by way of Kickstarter, launching a campaign in 2014.

“The Hemingwrite combines the best features of all previous writing tools with the addition of modern technology,” the company wrote. “It is dedicated like a typewriter, has a better keyboard and battery life than your computer and is distraction free like a word processor. Finally, we sync your documents to the cloud in real-time so you never have to worry about saving, syncing or backing up your work.”

The product was greeted with excitement and some gentle-ribbing (and some not-so-gentle, including one review that called it “pretentious hipster nonsense”) over a $500 reinvention of the typewriter. The crowfunding community went wild, with nearly $350,000 raised. In June of 2015, the product was renamed.

“We are updating our brand with a more demonstrative name that also no longer ties us to the persona of a certain famous writer,” the company wrote in a June 2015 Kickstarter updated. Two months later, Astrohaus relocated to New York City.

“I was really itching to leave. I didn’t know how we were going to make it in Detroit,” Leeb says. “There’s not really a hardware scene and my connections were mostly in New York. I pushed Patrick – we had raised some money and gotten going, so I was like, ‘let’s move to New York.’ There’s definitely more of a hardware scene and we were definitely a part of it.”

Once again, life intervened. Philips left the company and Leeb married Kacee Must, a Detroit resident – and owner of local yoga chain, Citizen Yoga. In 2018, he found himself building Astrohaus up again in the city where it started life. Three years later, the team is still a fairly lean one, with five full time employees in Detroit and a more distributed team of contractors.

Leeb’s feelings about launching a hardware startup in Detroit are clearly mixed. He bemoans the difficult it recruiting and finding funding locally, while acknowledging a sense of local cheerleading one really finds in larger cities. “With these smaller ecosystems, you really get to know people everywhere,” he says. “Everyone is so accessible. As far as anywhere I’ve ever been, Detroit companies really cheer or each other. There’s so much Detroit pride.”

For all of the talk of returning manufacturing to Detroit, Leeb says he’s had little luck in his pursuit to get the Freewrite and subsequent products created in the U.S.

“There’s a whole other world of advanced manufacturing startups that definitely get a lot of benefits from being in a manufacturing hub,” he says. “I think for software companies and for us it’s not so beneficial. We make our goods in China, and I don’t see that changing any time soon. I have good relationships with our factories and I spend a lot of time in China. That’s what they’re geared toward. They make consumer electronics.”

Leeb says he’s found the Andrew Yang-founded Venture for America nonprofit a useful source of hiring locally. In the years following Astrohaus’ launch, impressions of the city have changed radically from a depressed byproduct of rust belt boom and bust to a viable place to launch a business.

“The last 10 years, there’s a massive difference in the city,” Leeb says. “[Quicken Loans cofounder] Dan Gilbert almost single-handedly brought the city back. There are a lot of people who hate him, but the reality is that, while he wasn’t the billionaire in town, he’s the only one who heavily invested in Detroit. He consolidated all of his suburban offices and put them in downtown and he convinced all of these companies to do the same.”

The Covid-19 pandemic will no doubt continue to have repercussions, as remote work becomes the norm for many or most tech outlets. Though hardware startups will always have a compelling reason to keep things in close quarters, as companies develop and test products. For his part, Leeb says Astrohaus’ next device aims to address concerns about remote collaboration.

“I’m very aggressively starting to work on a new hardware product that is a collaboration and communication too,” he says. “It was a problem before, and now it’s such a widespread problem that I feel we’re lacking in certain communication. There’s a lot to be done there. I don’t feel as connected as we could be, even with the technology we have.”

Microsoft is acquiring Nuance Communications for $19.7B – TechCrunch