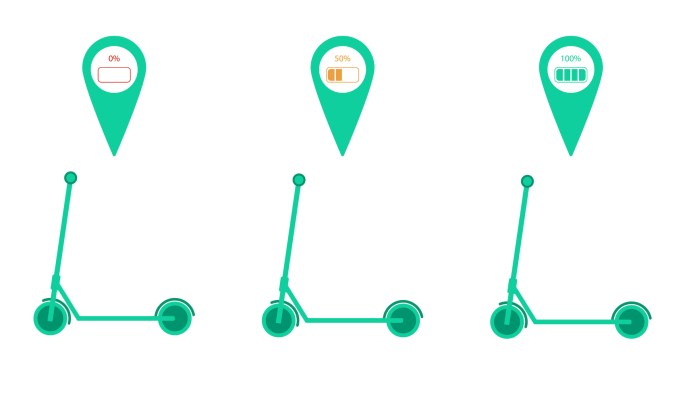 The days of the shared, dockless micromobility model are numbered. That’s essentially the conclusion reached by Puneeth Meruva, an associate at Trucks Venture Capital who recently authored a detailed research brief on micromobility. Meruva is of the opinion that the standard for permit-capped, dockless scooter-sharing is not sustainable — the overhead is too costly, the returns too low — and that the industry could splinter.

Most companies playing to win have begun to vertically integrate their tech stacks by developing or acquiring new technology.

“Because shared services have started a cultural transition, people are more open to buying their own e-bike or e-scooter,” Meruva told TechCrunch. “Fundamentally because of how much city regulation is involved in each of these trips, it could reasonably become a transportation utility that is very useful for the end consumer, but it just hasn’t proven itself to be a profitable line of business.”

As dockless e-scooters, e-bikes and e-mopeds expand their footprint while consolidating under a few umbrella corporations, companies might develop or acquire the technology to streamline and reduce operational costs enough to achieve unit economics. One overlooked but massive factor in the micromobility space is the software that powers the vehicles — who owns it, if it’s made in-house and how well it integrates with the rest of the tech stack.

It’s the software that can determine if a company breaks out of the rideshare model into the sales or subscription model, or becomes subsidized by or absorbed into public transit, Meruva predicts.

Vehicle operating systems haven’t been top of mind for most companies in the short history of micromobility. The initial goal was making sure the hardware didn’t break down or burst into flames. When e-scooters came on the scene, they caused a ruckus. Riders without helmets zipped through city streets and many vehicles ended up in ditches or blocking sidewalk accessibility.

City officials were angry, to say the least, and branded dockless modes of transport a public nuisance. However, micromobility companies had to answer to their overeager investors — the ones who missed out on the Uber and Lyft craze and threw millions at electric mobility, hoping for swift returns. What was a Bird or a Lime to do? The only thing to do: Get back on that electric two-wheeler and start schmoozing cities.

How the fight for cities indirectly improved vehicle software

Shared, dockless operators are currently in a war of attrition, fighting to get the last remaining city permits. But as the industry seeks a business to government (B2G) model that morphs into what companies think cities want, some are inadvertently producing vehicles that will evolve beyond functional toys and into more viable transportation alternatives.

The second wave of micromobility was marked by newer companies like Superpedestrian and Voi Technology. They learned from past industry mistakes and developed business strategies that include building onboard operating systems in-house. The goal? More control over rider behavior and better compliance with city regulations.

Most companies playing to win have begun to vertically integrate their tech stacks by developing or acquiring new technology. Lime, Bird, Superpedestrian, Spin and Voi all design their own vehicles and write their own fleet management software or other operational tools. Lime writes its own firmware, which sits directly on top of the vehicle hardware primitives and helps control things like motor controllers, batteries and connected lights and locks.

EU defends its push for rules on company ‘green’ reporting By R...